A disappointed Phyllis has a change of heart, as Adam changes his plea

Y&R Day Ahead Recap for Monday August 22, 2016: Victoria and Travis discuss what’s next, Victor wants to replace Michael, and Summer is surprised by her mother. 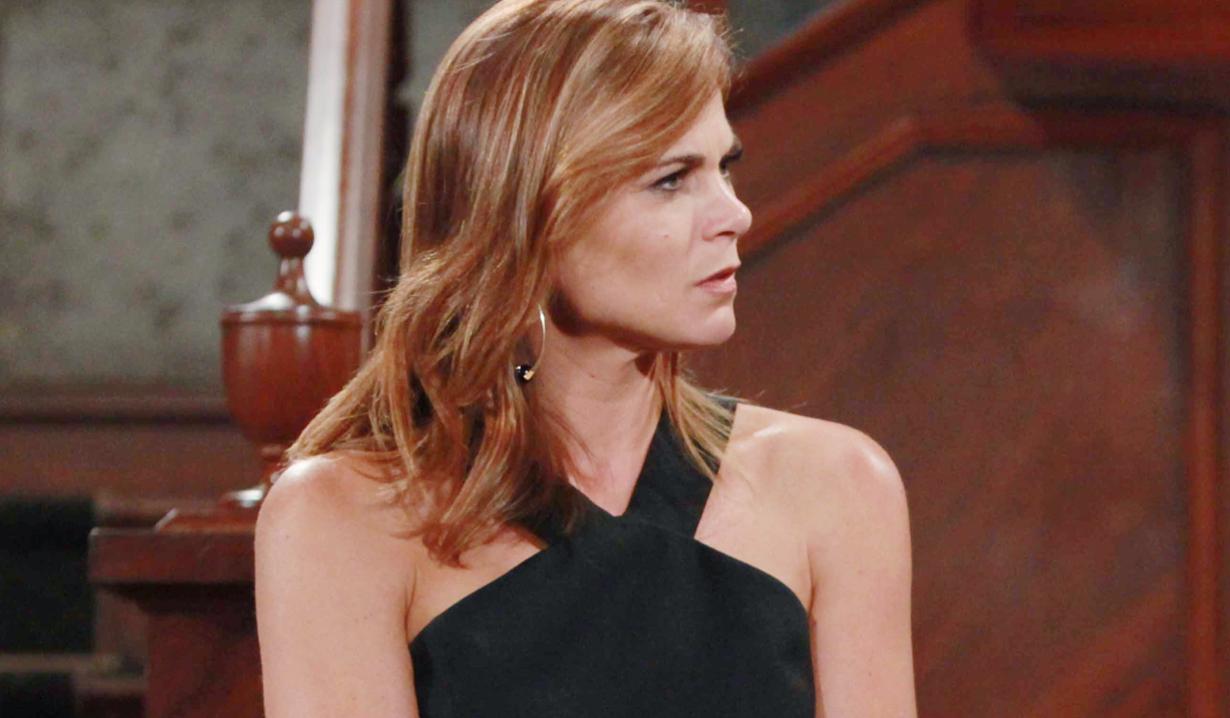 Nick finds Phyllis at Jabot and they discuss Adam attacking a guard. Neither of them have heard from Victoria, but Nick’s sure she’ll do her best to persuade Travis and they’ll be able to put the kibosh on Summer’s wedding. Talk turns back to Adam – Nick’s in his corner now. Phyllis sees him out and then leaves Victoria a message. “Tell me you found your cowboy and he’s riding to the rescue.”

On Travis’ boat, he and Victoria cuddle and kiss in bed. Travis marvels that his generator blew or he would have been long gone before she arrived. They speculate about what comes next. He asks her again to come away with him and bring the kids…they’ll make amazing memories together. Victoria can’t uproot her kids. Travis argues and wonders if she’s scared. He apologizes, and Victoria asks him one more time to come back with her. He can’t, but will treasure the memory of last night. She will cherish it too. They kiss and he leaves her to slip away.

At the courthouse, Victor wants to know how Michael intends to defend Adam at his arraignment. Michael informs him Adam was delirious and thought he was attacking Victor! He warns Victor to stay away. Michael leaves and Leslie Michaelson arrives. Victor tells her he doubts Michael’s abilities – his son is in dire straits. He pressures her to take over Adam’s case.

Chelsea visits Adam at Walworth. He assures her he’ll fix this whole thing, but admits he doesn’t remember it. Chelsea understands that he thought he was going after Victor. He forces her to tell him the guard is still in critical condition. Chelsea urges Adam to believe he’ll come home soon. He asks to be alone. Chelsea runs into Michael and pleads, “You have to help him.” Michael joins Adam and tells him to plead not guilty by reason of insanity in court. They debate until Adam agrees to do it.

At the penthouse, Kevin is surprised when Chloe confides that Adam attacked the guard thinking he was Victor. Kevin offers to take her on a drive to the lake, but she plans to go to the arraignment. Chelsea appears and tells her no – it’s the last place she should be. Chloe and Kevin convince her to accept their support.

Back at the courthouse, Michael spots Victor with Leslie and they get into it. Michael yells that Adam does not want him there. Nick breaks it up. Adam appears. Chelsea, Chloe and Kevin also arrive. Michael takes Adam inside. Michael learns the guard Adam attacked slipped into a coma. After, when the judge asks Adam how he pleads, he flashes to attacking the guard and pleads guilty.

At the Chancellor mansion, Jack gives Billy some cufflinks that belonged to John. Jack brings up Phyllis interfering with Summer’s wedding and muses that at least she’s not lying to him anymore. He makes a remark about when it’s family it hurts more. Billy thanks Jack for the cufflinks.

Billy joins a stressed-out Phyllis at Jabot. Billy admits he spoke to Jack and he agrees Summer will resent her for interfering. He wonders how she plans to stop the wedding. Phyllis says Victoria went to Mexico to bring Travis back. Billy worries Victoria will get hurt. They each think the other is jealous. Phyllis gets a call from Victoria, who says Travis refuses to come with her. Billy wants to know what’s going on but Phyllis exits.

On the boat, Travis sees Victoria discovered the photo of herself he keeps. He is anxious to get going.

At the Club, Summer worries to Luca about Travis being out there and trying to bring him down. Luca lies that the men he had tracking Travis came up empty. Jack appears and makes nice with the pair. Luca steps aside to take a call. Summer lets Jack know she’s not happy with her mother. After, Phyllis shows up and tells Jack he was right all along about controlling people. She asks Summer to put her back on the invite list. She stops short of saying she accepts Luca, but does accept Summer making her own decisions. They embrace.

Stitch tells Dylan and Abby, “The guard, Matthews, he slipped into a coma last night.”

Nick says to Nikki, as Victor listens, “He needed to show Adam who’s boss. This is all on him.”

Victor tells Chelsea, “I will do everything in my power to help my son. Don’t you doubt that for a minute.”

Adam extracts a huge promise from...