Adam snaps in prison, and Phyllis and Billy fear trouble ahead 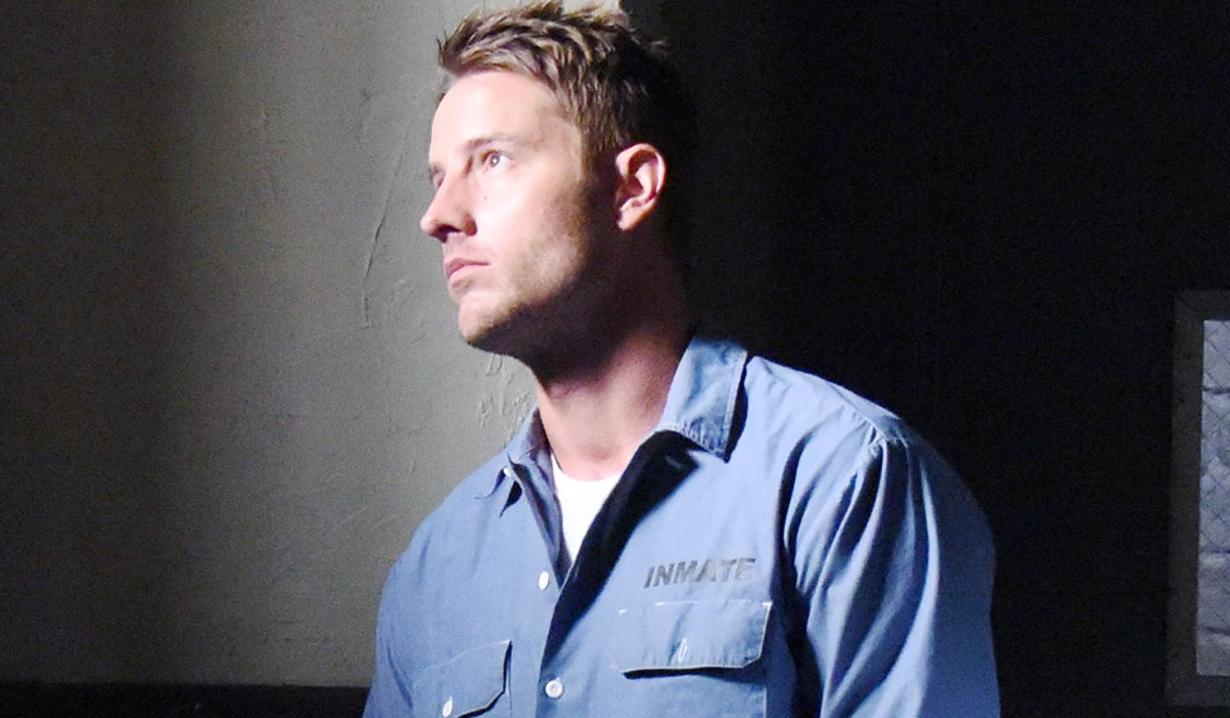 In Bethany’s room, Paul is satisfied with the evidence they’ve found but Dylan notices a loose light switch plate and finds the journal pages behind it. Paul can’t believe it. Dylan reads the pages – there’s nothing about Adam. He wants Adam freed, and Victor right back in prison. Paul says they have to prove Victor hired Bethany to frame Adam. Dylan wants Adam home with his son.

At the penthouse, Chelsea tells Chloe that Connor’s favorite present was his letter from Adam. Chloe hints he might get something better soon. Chelsea chastises Chloe and reminds her how important the letter is to her son. Chloe goes on optimistically about how things can change. Later, Dylan arrives and tells Chelsea they found the diary pages and Adam will be free soon. Chloe listens as Dylan explains what happened and Chelsea thanks him for never giving up. After, Chelsea asks Chloe how she knew Connor would be getting a better gift. Chloe claims Chelsea has good karma so Adam had to come home.

In prison, Adam urges himself to stay awake. A guard appears and complains about him not eating. Adam then hallucinates that the guard is Victor saying he brought something special for his last meal and that Chelsea and Connor are moving to Paris. Adam throws his tray of food. After, the guard returns to say his wife’s at security. Adam hallucinates that he’s Victor telling him Chelsea came to tell him about her new man, John-Pierre. Adam barks at the guard to tell his wife to go away. The guard relays this to Chelsea, who insists she has to tell him about new evidence. The guard returns to Adam, who hallucinates that he’s Victor, who wants him to die. He punches the guard repeatedly and threatens to kill him. The alarms sound as Chelsea hollers in the visitor’s area.

In Brash & Sassy’s office, Billy says he pulled an all-nighter. Cane wonders if he was with Victoria. Jill arrives. Billy complains about her buying the company to try and revive a dead marriage. Jill isn’t bothered. Cane presents an idea with shirtless men. Billy guesses Lily helped since he finally got it right. Once alone, Cane and Billy discuss Jill wanting them at each other’s throats and her desire to push Billy back with Victoria. Up at Jabot, Phyllis is discussing the plot against Luca with Victor by phone when Ashley enters and warns she’s playing a dangerous game and has a lot to lose. They get into it when Ash accuses Phyllis of ignoring Jack – she didn’t even remember it is the anniversary of John’s death. Phyllis won’t let her daughter make a huge mistake. Ash thinks they should support their kids and be there to pick up the pieces. Phyllis disagrees; this is her daughter. Ash feels Phyllis is behaving like Victor and needs to focus on her own marriage. Ash leaves as Jill arrives. She threatens to tell Jack the truth again. Phyllis invites her to go ahead – her marriage couldn’t be worse. Jill concedes that Jack has changed, but they don’t have to throw away the marriage. Phyllis hisses that Jill just wants her away from Billy. Jill pleads that Billy can’t make her happy.

Where Are They Now? Kelly Kruger in Girl’s Night Out

Jack arrives in Victor’s office and orders the Mustache to stay away from his wife. Victor says they both want to make sure Summer doesn’t marry Luca and needles Jack about Phyllis coming to him. They argue about Phyllis. Victor insults Jack and says it’s no wonder she’s turning to others for support. Later, Paul arrives and confronts Victor about Bethany. He admits he hired her – to seduce Billy Boy Abbott. Paul vows to prove he’s behind framing Adam, but Victor insists he’s innocent.

Victor arrives at the penthouse, where Chloe tells him Chelsea has gone to the prison. Victor plays with Connor.

Paul and Dylan question Billy about Bethany at Brash & Sassy. Billy didn’t even know her last name and is stunned to hear that Victor claims he hired her to keep him and Victoria apart. Billy hightails it up to Jabot and tells Phyllis they have a problem – Bethany is working with Victor – he could know everything about them. Phyllis thinks he’d have posted it on a billboard. Billy thinks he’s waiting for something bigger. Phyllis wonders what’s bigger than a billboard. Billy fears they’re going to find out.

At the Club, Jack wishes John’s ghost would ‘come around’. Ash appears and they talk about their late father and Jack’s marriage. He can’t figure out how to keep Phyllis happy. Ash thinks she should be grateful to have him. Nearby, Cane runs into Jill and confronts her about her plotting. Jill wants Billy’s family back together like Cane and Lily’s. Cane agrees to help.

Travis asks Victoria what brings her to Mexico. She replies, “You.”

Dylan and Paul tell Nick that the woman’s room they found the diary pages in is connected to Victor.

Two guards pull Adam off the guard he beat up.

Bethany makes a deal with Victor and...