Y&R Day Ahead Recap for Friday August 12, 2016: Dylan arrives at a conclusion, Adam yells at Chelsea, and Sharon and Nikki square off. 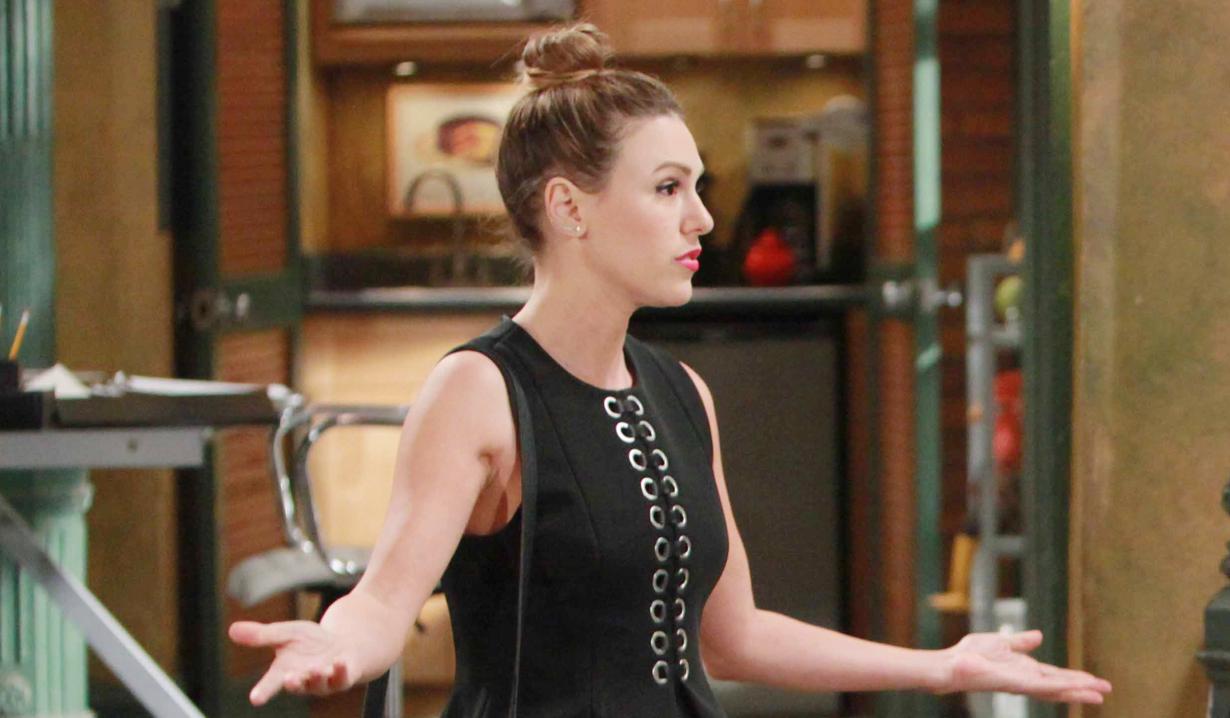 In the park, Dylan approaches Victor and Chloe – it looks like they’re going at it. Victor invites Chloe to explain their argument. Chloe claims she was chastising Victor for going to Chelsea’s place and leaves. Dylan prods Victor about setting up Adam, but Victor insists he’s innocent.

At Sharon’s place, Nikki informs her daughter-in-law that Paul suspended Dylan for insubordination. Sharon defends Dylan trying to clear an innocent man. Nikki asks if Sharon’s on her meds. Sharon thinks Nikki needs psychiatric help if she believes Victor didn’t frame Adam. Dylan interrupts the arguing. He tells Nikki he won’t pursue Victor framing Adam. Pleased, Nikki exits. Sharon knows Dylan played his mother and has no intention of dropping the investigation. Dylan confirms it – he may have found a way to clear Adam. He’s positive Chloe is working with Victor. He explains about the park scene and his gut instinct. Sharon worries what Victor might do to stop Dylan.

Where Are They Now? Renee Elise Goldsberry to HBO

At Walworth, Adam gives Connor the letter he wrote to him for Chelsea to read. He promises he’ll be home for his next birthday. A noise startles Connor and Adam reassures him. Chelsea takes Connor out and returns. Adam asks her not to put his son in that position ever again. He ends up yelling at her. She cautions, “Don’t do this.” After, Adam dreams that a twenty year-old Connor comes to take him home when he gets out of jail, where Chelsea’s on her deathbed and passes away. Connor blames him for her death and never wants to see him again. In the dream, Victor is also dead and Adam prays he’s rotting in hell.

At the penthouse, Chelsea tells Chloe how her visit with Adam went downhill. Hearing Chelsea’s distress, Chloe blurts that she thinks she made a huge mistake coming back and should leave. Chelsea suggests she reconsider. Once alone, Chelsea tells Connor they’ll wait for Adam no matter how long it takes.

Nikki finds Victor at Newman and fills him in on Dylan’s suspension and decision not to pursue Adam’s case. Later, Chloe appears. She and Victor discuss Dylan’s investigation – Victor says he’ll figure it out and predicts he’ll go back to jail and Chloe will lose Bella. The diary pages she burned were the only way out. Chloe confesses she didn’t burn the pages. Victor wants them – he’ll pin it on someone else. Chloe doesn’t want Adam to walk. Victor asks if she wants to watch Adam suffer or her daughter grow up? Chloe picks her daughter and wonders who Victor will have take the fall. Victor says she’ll have to trust him – if they fall, they fall together. Chloe trots over to his portrait and pulls the pages from behind it. Victor’s kind of impressed. Chloe muses that she just needs to hand over the papers and his murdering son goes free.

At Jabot, Jack’s proud of Phyllis for supporting Summer’s wedding. Phyllis tells Jack she is letting Summer live her life. Pleased, Jack tells Phyllis about Victoria working with Cane and Billy. She begs off joining him and Billy for lunch. Down in Brash & Sassy, Victoria compliments Billy’s marketing idea – he credits Johnny and they joke – Victoria loves how Billy makes her laugh. Jack arrives and talk turns to Victor. Victoria wouldn’t put much past her father. After, Phyllis finds Victoria and fishes to find out if she’s thinking about reconciling with Billy. Victoria asks Phyllis’ opinion. Phyllis thinks they have the potential for something great but suggests no more secrets or lies. Victoria wonders if Billy is keeping something from her.

At the Club, Jack shares how pleased he is that he convinced Phyllis to back off of trying to ruin Summer’s wedding plans with Luca. Billy stuns Jack by accusing him of not letting Phyllis be Phyllis and sucking the life out of her. Jack muses about her being a free spirit – like Billy. He thanks him for the outside perspective.

Back at Jabot, Jack asks Phyllis if he’s holding her back. He admits Billy suggested he was tamping down her spontaneity. Phyllis assures him they’re fine, and Billy and Victoria are in a good place too.

In the park, Billy assures Phyllis he’s not stalking her and stands by the advice he gave Jack – he stifles all the things he fell in love with. Phyllis urges him to reconcile with Victoria and everyone will be happy. Billy notes she wouldn’t be. Phyllis rushes off.

Victoria says to Nikki, “I just wish that he would have tried to convince me to stay and work with him.” Nikki asks, “Would you have stayed?”

Luca holds Summer’s hands and says, “You know I love you.” Summer replies, “You’re keeping something from me.”

Paul rips Dylan’s badge away, and...

Luca schemes to outplay Victor by...