Chelsea prepares to con Chloe, as Jill explodes at Phyllis over Billy

Y&R Day Ahead Recap for Monday August 1, 2016: Victoria doesn’t hear what she hopes from Victor, Adam puts two and two together, and Billy gets slapped. 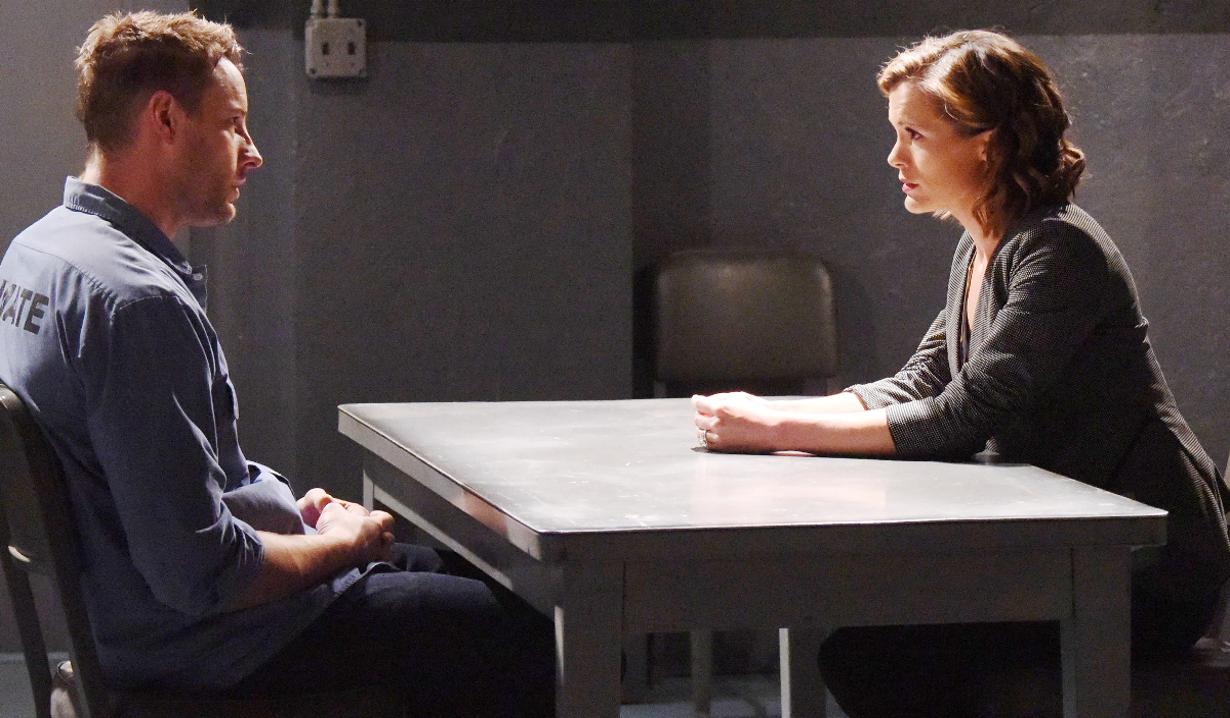 At the Club, Victoria tells Jill she’s moved on, but a determined Jill makes another pitch for her to run Brash & Sassy, knowing Victor has disappointed her. Nearby, Nick and Jack discuss whether Victor set up Adam. Jack thinks he did, and is setting things up at Newman before getting him off the hook. Jack catches Jill as she’s leaving and brings up her unhappiness about Brash & Sassy being at Jabot. Jill snaps that she has very good cause and so does he. Jack wonders what that means. Jill covers. She offers to take Jack and Phyllis to dinner. Jack will let her know. At the bar, Victoria wonders to Nick if Victor truly wanted to give them a break. Nick advises her to consider other options. Vikki tells him about Jill’s offer. She wants to give Victor the chance to counter-offer.

At Walworth, Chelsea tells Adam that Chloe’s back in town. Adam notes the coincidence of her turning up when he went to jail – she’s the mystery woman who’s been working with Victor! Chelsea is reluctant to believe it. Adam reminds her Chloe tried to kill him. He theorizes that Chloe went rogue on Victor. Chelsea tells him Chloe has a daughter who looks like Delia. Adam wants Chelsea to work Chloe and get her to admit she worked with Victor to set him up. Chelsea agrees to do it. “I’ll use all my tricks to get to the truth.” Adam warns her not to even tell Michael. They flash through their romantic times. Later, Nick visits Adam with a theory that Victor’s plan is to kick Victoria to the curb to make room for Adam. The prisoner insists he won’t be Victor’s right hand, but agrees that Victor will free him with the diary pages he alluded to. Nick learns Victor reneged on their deal. Talk turns to Chelsea stopping Victor and Adam warns Nick to stay away from his wife.

In Chloe’s hotel room, she insists she burned the journal pages, but Victor’s not buying it; she knows they’re too important. Victor warns Chloe she’s trying his patience. They bicker about Adam being in jail. Victor says it wasn’t supposed to go that far. Chloe knows he wanted Adam back at Newman and mocks him as ‘family man’. Victor warns she’s playing a dangerous game and knows what he’s capable of. Later, Chelsea arrives and Chloe’s cleaning up after a break-in. Chelsea insists she and Bella move in with her. When Chloe balks, Chelsea offers her a job too.

Nikki surprises Victor at Newman Enterprises. She questions how Nick and Victoria took his vacation offer, but feels it was a beautiful offer. Victoria arrives to hear Victor singing her and Nick’s praises to Nikki. Nikki goes, and Vikki tells Victor about Jill’s offer. He’s not surprised since Billy Boy Abbott couldn’t run a lemonade stand. Vikki wants Victor to tell her not to take it, but he gives her his blessing instead.

In the elevator at Jabot, Phyllis pulls out of the liplock with Billy and smacks him across the face. She rants about being back with Jack; she’s not his ‘babe’ and she doesn’t love him. “Am I making myself clear?” Billy, up close, whispers, “Perfectly.” Billy remains close as he calls her out on her sudden about-face. He notes how long she took to explain herself – like she’s talking herself into something – when she could have just walked away. After, Phyllis is reliving the elevator kiss when Jack appears. “It looks like you had a rough morning.” He mentions Jill’s dinner invitation. Phyllis wants to work and will see him at home later.

A glum Billy arrives at the Club and Jill asks why he has a mark on his face. Billy says he ran into a mannequin. Jill gets fed up as he drinks and hisses at him to act like an Abbott.

Jill stalks into Phyllis’ office at Jabot and hollers at her to leave Billy alone – he needs to get back with Victoria. Phyllis says you can’t make a person love someone. Jill threatens to tell Jack again. Phyllis says she slapped Billy. Jill saw his face. She rants more, then asks if Phyllis still loves Jack. Phyllis does. Jill will handle the rest.

Chloe and Bella settle in at the penthouse with Chelsea, who can’t wait for Connor to meet Chloe’s daughter. Chloe wanted a fresh start and is grateful.

Jack arrives at Billy’s house and offers him a seat on the foundation’s board. Billy scoffs that he’s been talking to Jill and declines. Jack is irked at the disconnect between them. When he mentions Phyllis being on the board, Billy accepts.

Chloe tells Chelsea about a dream.

Nick tells Dylan, “If parts of Sage’s diary were forged, that means the originals are still out there.”

Kevin says to Mariah, “I could be a dad.” Mariah replies, “Today’s the day we find out.”

Kevin's DNA results are in and...