Victoria fires someone, and Victor joins Adam behind bars

Y&R Day Ahead Recap for Tuesday July 19, 2016: Chelsea threatens Victor, Sharon changes her mind about Mariah, and Luca has a plan. 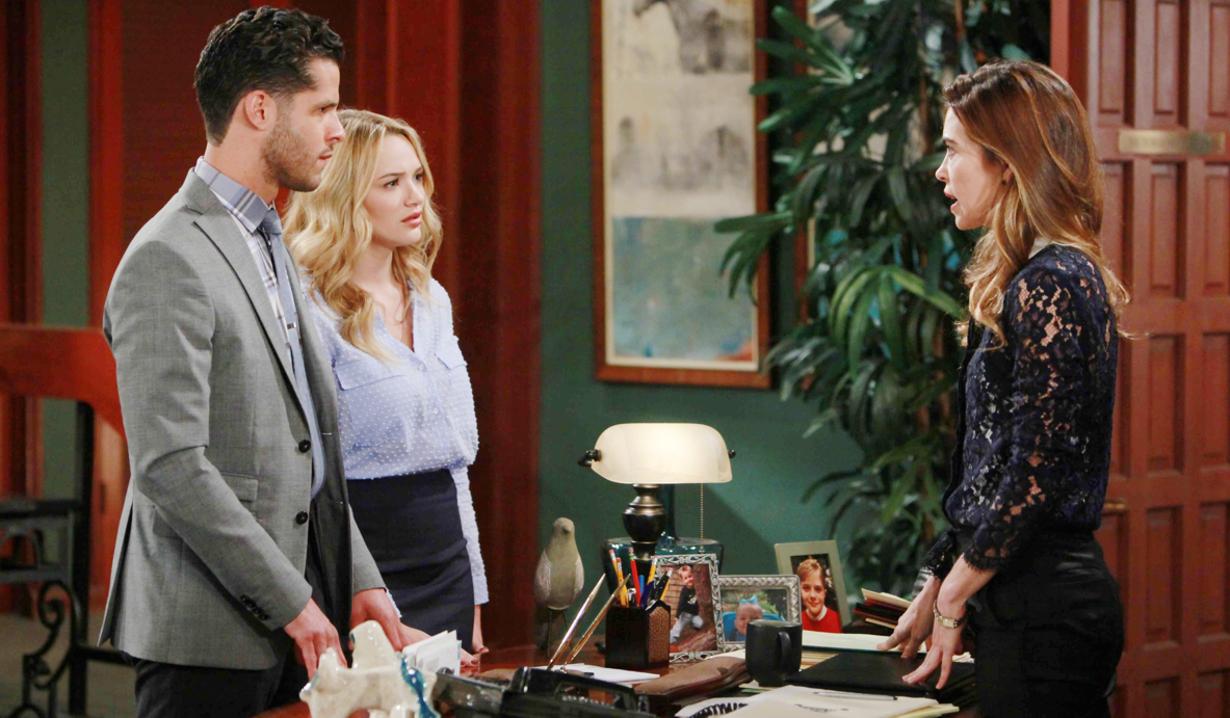 At the Club, Paul informs Nikki he can’t do anything about Victor being transferred back to Walworth. Nikki just wants to see him one more time. Paul still thinks Victor may have set Adam up. Nikki defends Victor. Paul hopes it’s not a mistake for her to trust him. Up at the Dive Bar, Luca flirts with Summer poolside. Victoria appears and informs them of a walkout over the issues at the oil refinery. She accuses Luca of dragging Summer away from the office. Summer fires back about Victoria’s absences from work and complains about her aunt going after Luca – if Newman Enterprises is screwed up it’s on her. Victoria orders her back to Newman and stalks off. Luca is impressed with Summer, who assures him she won’t let anyone attack him.

In Victor’s hospital room, Chelsea brandishes a scalpel threateningly. She is disgusted he set Adam up for murder and desecrated Sage’s memory. Victor protests, but eventually blurts that Adam needed to be taught a lesson but wasn’t supposed to end up in prison. Furious, Chelsea demands to know the name of the woman who helped him – he will help her fix this! Victor warns Connor will grow up without parents if she stabs him. Paul enters. Victor says he and Chelsea are done. Nikki appears. Chelsea exits and is upset at getting nowhere. Meanwhile, Nikki wonders to Victor if Chelsea might help with his appeal. Victor dissuades Nikki from pursuing it. Nikki can’t wait to be together.

Chelsea arrives at home and complains to Anita about Adam being in jail for something he didn’t do – she wants to destroy Victor. Anita questions the scalpel sticking out of her purse. Chelsea and Anita argue. Anita urges her daughter to think about herself. Chelsea throws Anita out, cries and throws things.

Inside Walworth, the warden needles Adam about persuading Ian to testify for him. Adam insists he’s innocent. The warden scoffs at that and warns he’ll be watching him. Once alone, Adam thinks of Chelsea and Connor. Later, Victor is brought in. Adam tells his father, “You win.” Victor acknowledges he wanted Adam to sweat a little, but not to end up behind bars. Adam gathers someone screwed Victor over. “Who was it?” Victor vows to get Adam out of there once he’s free. Adam sneers at Victor’s claim and warns that Chelsea will find out who Victor was working with and exonerate him. “You’ve made a dangerous enemy in my wife.” Victor mutters that she’s angry now but will get over it.

Mariah arrives at Sharon’s place and tries to pretend it’s all good that she is moving out. “It’s time to get back to reality.” Sharon flashes to Mariah being glad she trusted her with her secret. Mariah is about to leave with her things when Sharon stops her. They rehash sharing the secret. Mariah thinks Sharon will be relieved when she’s gone, but Sharon can’t let her go. They debate until Sharon convinces Mariah to stay.

In Victoria’s office, Luca exits and Summer tells her aunt she didn’t mean what she said earlier – it was for Luca’s benefit. She is with them against Luca, and plans to find out what his endgame is. Victoria warns her to be careful. Summer admits it hurt that Luca played her. When Luca returns, Victoria pretends to be incensed with Summer and fires her. Later, Nikki drops in to discuss Victor with Victoria. She’s worried his forgiveness won’t extend beyond her to the rest of the family. Victoria rehashes why they testified against him. Nikki doesn’t believe Victor set Adam up – he needs to come home.

Back at the Dive Bar, Summer and Luca trash Victoria. Luca thinks Victoria is threatened by Summer, and confides the workers have no faith in her. Luca feels Victoria should step down and Summer should take over – with him by her side. He urges her to convince Victor. Summer agrees. “We have to do this.” When Luca steps away for a call, she narrows her eyes.

Summer tells Nick, “He’s not the guy I thought I fell for…he’s a user, and I am done being used.”

Luca says to Victoria, “If the only way you’ll let her come back is without me, then yes I’ll step away. This is all about Summer.”

Billy asks Phyllis, “Have you finally decided to stop hedging and make a choice between Jack and me?”

Adam faces the judge and Chelsea...

Jack arrives at Phyllis' suite as...