Summary for Friday July 8, 2016: Victor has an offer for Adam, Nikki decides she doesn't want a divorce, and Chelsea enlists Kevin's help. 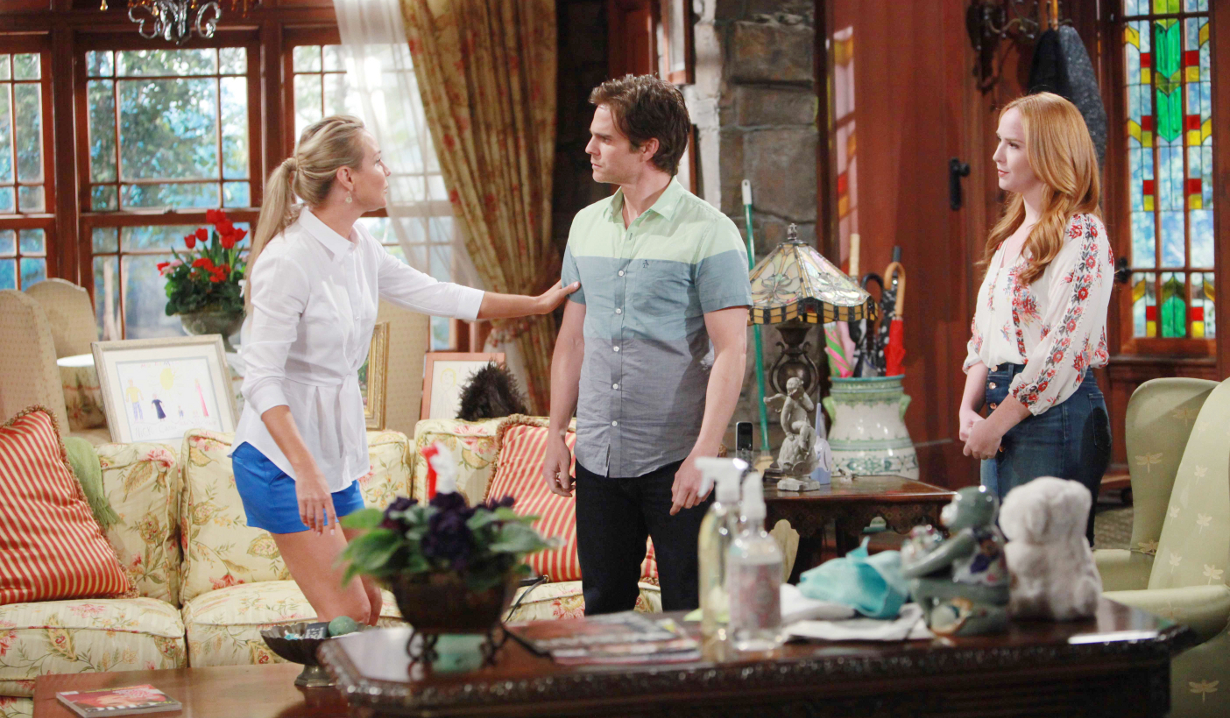 Stitch sits down with Dylan at Crimson Lights. The doctor wishes he could go back in time and fix what happened to Max. He doesn’t think Abby can understand what he’s going through. Dylan encourages him to try to talk to her. He gets a call from Adam and has to go.

Adam is at the penthouse with Chelsea, worrying about what the fallout from Ian’s arrest will be. He’s determined to see Victor to find out what his plan is. She reminds him that he’s under house arrest. When Dylan arrives, Adam explains he needs to see his father. The cop can’t promise anything but leaves to look into it.

Abby arrives at the hospital to see Victor. She meets Paul at the door to bicker about her dad’s guilt before going in to see him. Victor assures her that he’s not going back to prison. He’s reclaiming his life. She’s keeping her toes crossed that he gets out. Out in the hall, Nikki arrives, eager to give her statement to the cops so Victor’s appeal can go through. She thinks he’s been punished enough. Paul reminds her of the awful things that Victor has done and how little remorse he’s ever shown. Abby comes out and says that her dad wants to see Nikki. Paul allows it. Nikki thanks Victor for saving her life. The kidnapping made her re-think everything. She doesn’t want the divorce. She was impressed that he didn’t kill Ian when he could have. That reminded her of the man she fell in love with. “I don’t want to walk away from you,” she says. He doesn’t want a divorce either. She’ll be the only woman for him forever. They sob and kiss. Meanwhile, Abby bumps into Ben in the hall. They talk about Max. He insists she can’t understand what he’s feeling. The doctor doesn’t blame her, but he doesn’t know what to say. He doesn’t want to be a drag. She thinks they should take a few days off together. Working is the only thing keeping him going right now. Later, Adam pays his father a visit. After some arguing, Victor explains that he doesn’t think he’s a murderer. The pages of the diary exonerating him will show up if he agrees to come to work for him at Newman. He’s confident that he will be released soon and Adam will be at his side… or Victor will leave him to rot in prison.

Back to Genoa City! Michael Graziadei returns to Y&R

Sharon is manically cleaning up her place when Mariah arrives with work. When she rambles, her daughter asks if she’s back on her meds. The blonde insists she’s medicated and feeling good. There’s no chance of her secret coming out so she feels amazing. Kevin arrives and smells the bleach in the air. Frantic Sharon rushes off to get the quiche. Kevin is sure that there is something going on with Sharon other than just being bipolar. Sharon returns to say she’s better and will never go back to life without meds. They believe her. Chelsea calls Kevin in a panic. He guesses it’s about Victor. She thinks he’s the only person who can prevent Victor from skating the law again. He rushes off and the women hug until Dylan arrives. Mariah heads upstairs. Sharon tells Dylan how much better she’s feeling. As they kiss, Nikki shows up, desperate for his help. She announces that the divorce is off and the old Victor is back. Dylan thinks that Victor’s heroics may reduce his sentence, but that’s about it. Everyone in the family would have to chime in to the judge.

Kevin gets to Chelsea’s. She’s desperate to find out who the woman in the footage of Victor’s cell was. When he’s reluctant to help, she accuses him of wanting Adam to go to prison so he’ll finally pay for Delia. They argue about this and then he gets down to work. In a moment, he stumbles on something when they catch a glimpse of the woman’s face… but it’s not enough.

“His actions are an excellent case for an appeal,” Nikki tells a skeptical Victoria.

“He wants me to return to Newman. To work for him,” Adam tells Chelsea.

“It’s time to make a choice. Jack or me,” Billy challenges Phyllis. 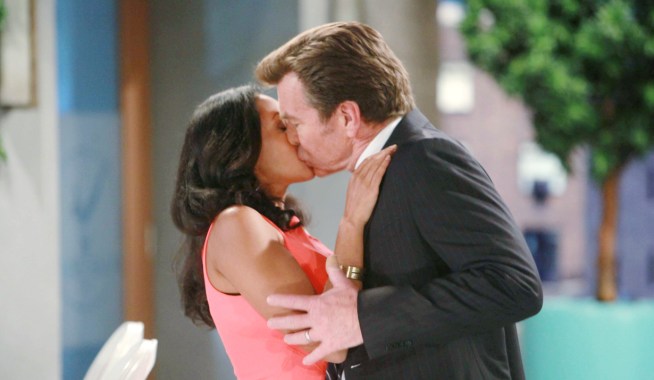 Y&R Day Ahead Recap: Billy pushes Phyllis to choose him or Jack 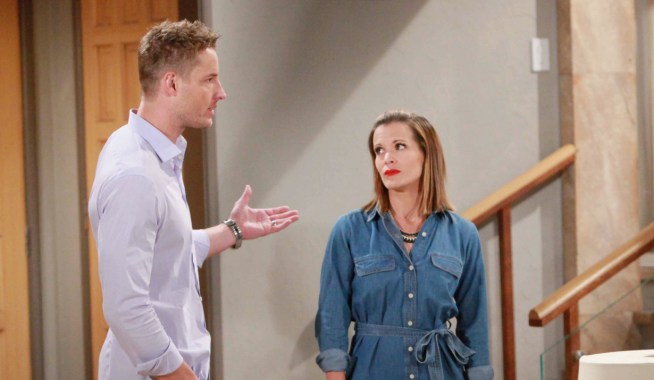