Summary for Thursday July 7, 2016: Summer tells Nick about her suspicions of Luca, Abby updates her mom about her marriage, and Devon refuses to walk away from Hilary. 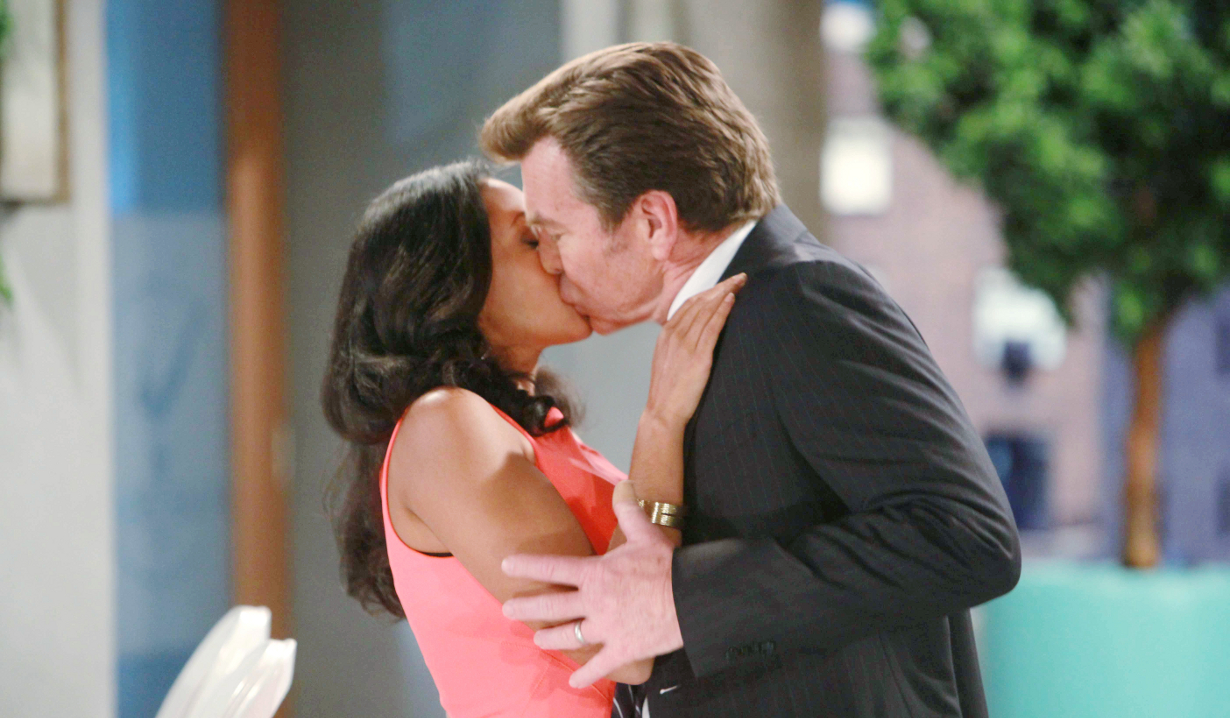 At the Newman office, Nick, Luca and Summer discuss what happened with Victor. He assumes that this will help Victor’s appeal. As soon as the mustache is out of prison, he’ll march back in and things will get messy. Considering the latest sabotage at a company refinery, Nick is sure there is still a traitor in the company and he’s determined to find them. Luca offers to visit the facility in Nick’s place. Nick thinks that would only make things worse. Luca leaves to take a meeting. Father and daughter discuss whether Luca is working for Victor. She explains that Luca got in the way of her getting news from the family when they were in danger. Her father advises her to take care of herself and trust her instincts.

Esther serves coffee to Billy at Crimson Lights and excitedly goes on about the kidnapping. They talk about how the Newmans always get away with everything.

Phyllis wakes up in bed and finds Jack watching her. She’s determined to go to work. Jack says she’s as unbreakable as their marriage and mentions Billy going on about how all marriages end.

Star from another soap! When Cady McClain crossed over to Y&R

In Devon’s room at the club, Hilary calls Jack and leaves a message telling him how she relieved that Phyllis is safe. She’s had her first treatment and asks him to call her when he can. Devon shows up with flowers. He wants to be by her side during her recovery. She doesn’t want him there since he wants to change her. He insists that he wants and needs her. She’s determined to get through it on her own and gives him the boot. Later, Devon runs into Lily downstairs. He tells her his marriage is dead. She hopes he doesn’t actually love is wife. Jack strolls in and asks after Hilary. Devon grouchily walks off as Hilary comes down the stairs. She and Jack sit at the bar and she complains about her husband’s pity. Jack doesn’t think she should stop fighting for her marriage. Since Lily is spying on them, Hilary asks him to take her back upstairs. He takes her to the rooftop instead. She feels woozy and then kisses him. He pulls away and apologizes if he’s sent the wrong signals. Hilary apologizes and claims it must just be the meds. After he walks off, she smirks to herself. When she heads down to the bar, Lily pops up to snark at her. Hilary gloats that she will keep her out of there when she owns it. Back on the roof, Luca makes a call to tell someone that Nick is coming down to check on the facility.

Abby shows up in her mom’s office and they discuss Victor. Ashley asks her if Max is on his way home. “That’s not going to happen,” says Abby. She explains that he’s been having seizures. Phyllis shows up and the two blondes leave. Billy appears. He beats himself up for leaving her alone in the cabin. She wonders why he’s been telling Jack that she’s thinking of ending her marriage. The redhead was going to end things with Jack, but after her ordeal, she realized that what she has with him is real. Billy insists that what they have is real too. Getting distraught, she says she needs time to think this over. Jack enters and wonders what they are so worked up about. Billy tells Phyllis to take her time and walks out. Jack senses that something is off and wonders what’s happening. She tells him that Billy crossed the line when he criticized their marriage.

Where are they now? Eva Longoria’s star on the Hollywood Walk of Fame

When Ashley and Abby get to Crimson Lights, Esther fawns over them for a second. Abby tells her mom that Ben blames her for what’s happening with Max. That doesn’t make any sense to her mom. She tells her that Max can still recover, just like her marriage can. Ben calls. Abby gets butterflies. He gets off the line abruptly after telling her that her visit to Victor has been approved. Ashley tries to put a positive spin on this. Meanwhile, Devon chats with Esther about Mrs. C. He needs some advice. He’s ashamed that he’s been left a fortune and done nothing with it. He hands her a flower and leaves.

Devon returns to the club and tells Lily that Katherine would want him to fight for his marriage so he’s determined to. Meanwhile, Billy joins Hilary at the bar. They toast to Jack reuniting with Phyllis.

“Sorry to bother you, but I’m really freaking out here!” Chelsea says to Kevin. “Let me guess, Victor?” he asks.

“I don’t want to walk away from you,” Nikki tells Victor. 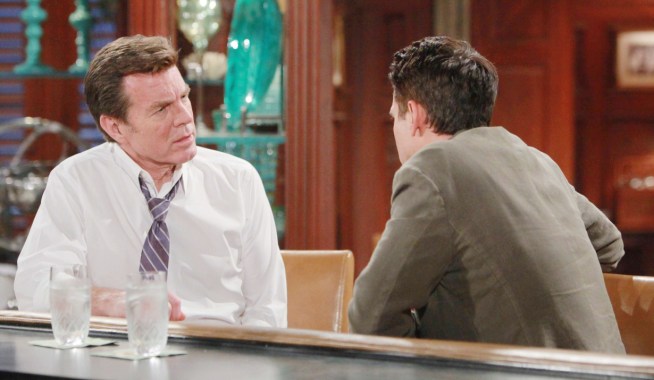 Y&R Day Ahead Recap: Victor and Ian bargain for Nikki 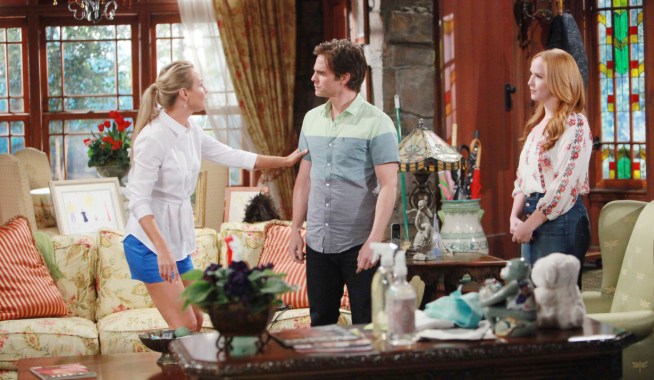