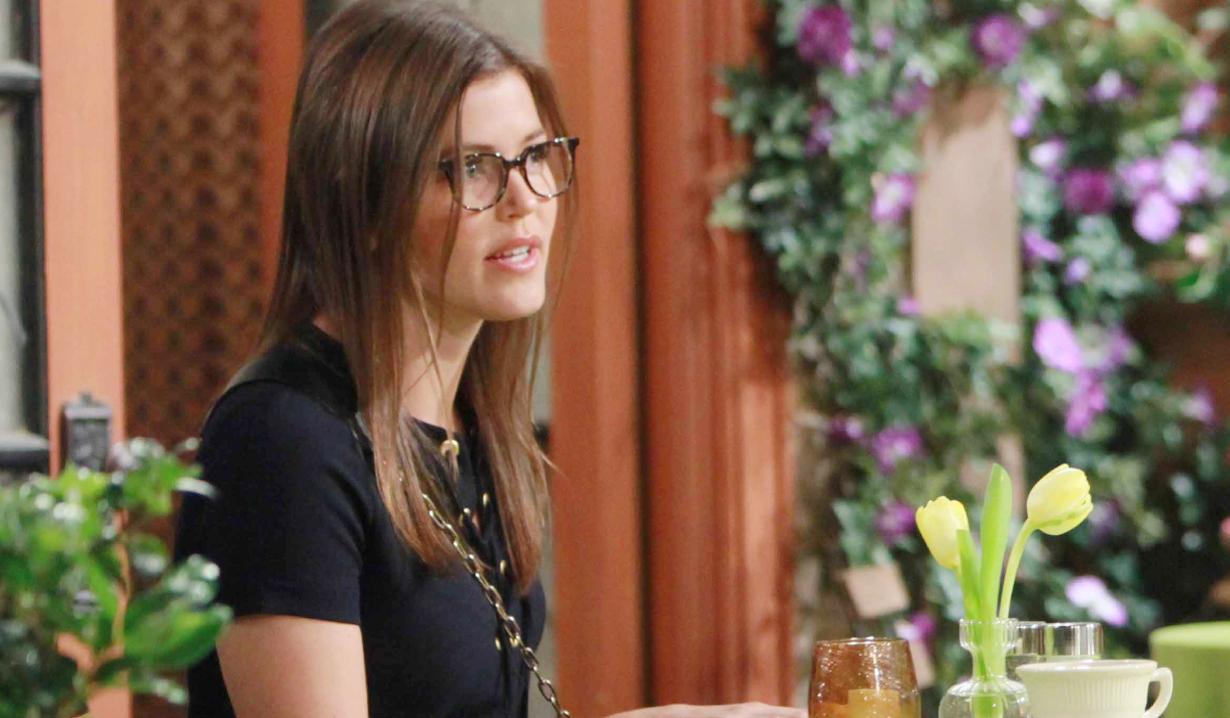 In the Club dining room, Ashley and Phyllis discuss Jabot business. Ash mentions Jack’s birthday the next day…Phyllis forgot. Ash suggests Phyllis take Jack to the cabin. Up at the pool bar, Jack spots Billy and Johnny, but is waylaid by Hilary, who thanks him for talking her out of leaving town. She wants to do something special for his birthday tomorrow. Jack has no plans. When he goes to see Johnny, Lily catches Hilary making plans for an ‘intimate’ birthday celebration. “You’re beyond shameless.” They spar verbally. Lily can’t wait until Devon leaves her. Hilary says she’s already left him. Lily informs her she can pack her bags and leave. Hilary calls her a pathetic bitch. Downstairs, Billy watches as Jack joins Phyllis and Ashley, who pushes her cabin idea despite Phyllis pleading a busy schedule. Jack relishes the idea, so Phyllis agrees. Jack warns Phyllis he will have to be back for Adam’s trial. Meanwhile, Ash tells Billy about Jack and Phyllis’ plans. When Phyllis gets a moment with Billy, he asks her to put Jack off – the thought of them being together makes him sick. Phyllis protests that it’s his birthday. “You’re asking too much.” Up at the pool bar, Ash arrives as Hilary stalks out. Lily brings Ash up to speed on Hilary. Lily warns if Hilary sets her sights on Jack nothing will get in her way. After, Phyllis joins Ashley.

In Sharon’s living room, Nick considers Mariah’s contention that Natalie is the person sabotaging Newman Enterprises and leaves to get to the bottom of it. Once alone, Sharon tells Mariah she’s overwhelmed by seeing Sage everywhere. Mariah wants to try some techniques the therapist suggested. Sharon nixes hypnosis and visualization. Mariah talks about meditation, but Sharon zones out and then snaps at Mariah to leave her alone. She apologizes. Mariah asks if she’s taking her medication.

At Crimson Lights, Kevin wants Natalie to account for the time when Victor’s accomplice was visiting him. Natalie counters that if she were guilty, why would she help him hack into the prison cameras? Kevin instructs Natalie to look for more visits from the mystery woman while he stalls Victoria. Later, Hilary meets Jack on the patio. She complains that Lily kicked her out of the Club because she heard her planning a surprise for him. She places her hand over his. Jack pulls back and tells her about the cabin.

Luca and Summer arrive at Newman Enterprises discussing Travis being the only logical suspect for sabotaging the company. Victoria appears and says Travis is innocent. She mentions Kevin is investigating. Luca argues Travis is guilty because he punched him. Victoria knows that Travis punched him because he was trash-talking her. Summer is stunned that Luca was saying horrible things about her aunt. Luca tries to downplay it. Kevin arrives and reports that he can’t pinpoint a culprit just yet. Nick appears. “You know exactly who did this and you’re covering for her.” They discuss the possibility that Natalie’s guilty. Victoria points out that she double-crossed Victor; he’d never reach out to her. Kevin says Natalie denies it. Natalie shows up with more instances of Victor meeting his accomplices and alibis for those times. She only hacked once…and that was for Billy. They come to the conclusion that Natalie isn’t Victor’s accomplice. Luca says he and Summer will investigate the mystery woman. Kevin makes amends with Natalie and they leave. After, Summer seems suspicious of Luca and flashes to Nick asking her to trust her instincts.

Billy finds Victoria waiting at his place. She accuses him of trying to bring down Newman Enterprises through the oil spills. Billy says he only hired Natalie after the first spill to get information. Victoria thinks it’s a cover. Billy insists he was trying to protect her. They bicker about Travis. Billy’s offended she believes her new boyfriend, but not him.

Nick stops by Sharon’s and informs her and Mariah of Natalie’s innocence. Sharon goes upstairs to Sully and Nick questions Mariah, who assures him Sharon’s taking her meds.

Hilary returns to the Club and tells Lily that according to marital law, she and Devon both own the property. When she gets the deed, she’ll be tossing her out. Up at the pool bar, Jack arrives to take Phyllis home. Ashley wishes them a good time.

Michael says to Adam, “We have a lead on the person who helped Victor frame you.”

Nick complains to Victoria, “You’re just willing to accept Billy’s word on anything.” Victoria protests. “That is not true!” Nick grumps. “Why can’t you get over him?”

Billy grabs Travis and throws him up against the bar at Hank’s. 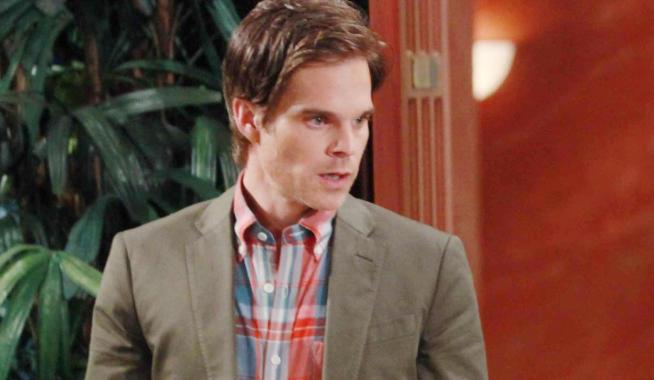 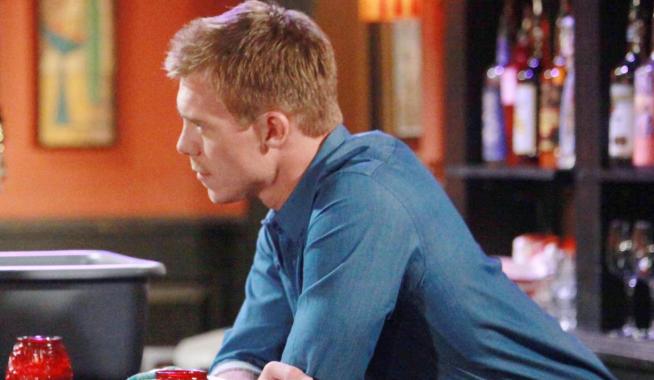