Summary for Wednesday June 22, 2016: Billy has a run in with Victoria and Travis, Sharon sees Sage at Crimson Lights, and Adam confronts Victor about Meredith’s change of heart. 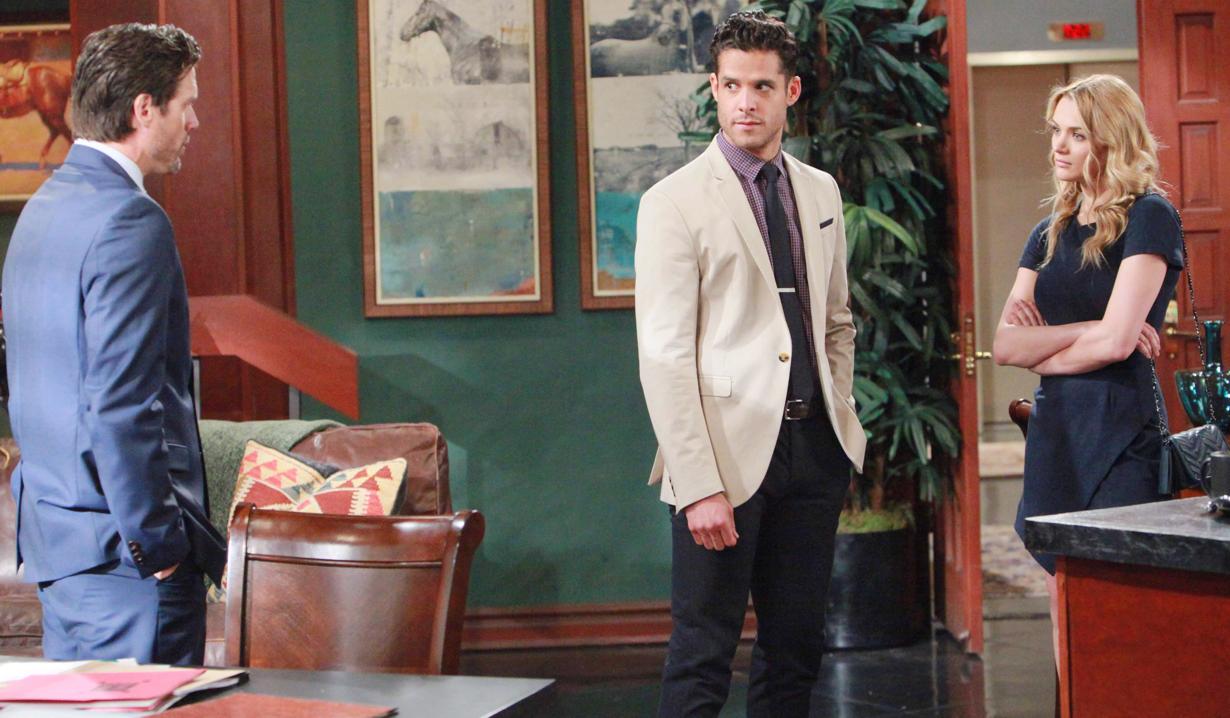 At the penthouse, Adam videotapes Connor after camping out in the living room. Chelsea gets maudlin suddenly – Adam’s trial is coming up. She worries about Adam’s freedom hinging on Ian’s testimony. Adam reassures her. They kiss.

In the prison infirmary, Meredith discovers Victor’s out of solitary. They discuss Ian’s deception and his plans to testify for Adam. Victor is surprised to hear that Meredith went to Christine and tells her it wasn’t her place. Victor will take the stand himself to dispute Ian’s lies.

At Billy’s house, he listens to Phyllis tell Jack she’ll see him soon. They talk about reality butting in and parting not being easy. She leaves him flowers from Katherine’s garden. They kiss goodbye.

At Travis’ place, Victoria wakes up and he distracts her from work talk with kisses. She drops her cellphone on the floor and they make love.

At Newman Enterprises, Summer and Luca puzzle over Victoria not answering her phone when they’re having another oil leak crisis. Summer panics – they’re going to lose a fortune and need their CEO. Luca tells Summer to call Nick.

At Sharon’s place, Nick hopes she can get past her nightmares and says she can talk to him about anything. She reassures him she’s fine. Nick takes a call from Summer and tells Sharon he’ll always worry about her before leaving.

At the pool bar, Billy interrupts Travis and Victoria and needles his ex about not being at work and enjoying herself without the kids. Victoria reminds Billy he cancelled on them – he’s just pissed off that she’s seeing someone.

Breaking! Kelly Sullivan in TLC’s Too Close to Home

At Crimson Lights, Sharon asks Chelsea about bringing Mariah into the company. Chelsea is agreeable. Talk turns to Adam’s trial. Chelsea knows he’s worried about the future with Connor. She goes on about father/son bonds. Sharon hallucinates Sage glaring at her. She blinks. Chelsea asks if she’s okay. Sharon sees Sage again but reassures Chelsea.

At Newman Enterprises, Luca and Summer bring Nick up to speed on the crisis. Nick surmises that Victoria is with Travis. Luca rants about her being absent with the bartender during another crisis. He calls Travis, who puts him on with Victoria.

At the pool bar, Victoria leaves for Newman after Luca’s call and Billy complains to Travis about her playing hooky from work. Travis wants to get along. Billy nixes that idea and leaves. Meredith enters and runs into Adam. She tells him she won’t be testifying at his trial. Adam wonders what changed her mind.

At the prison, Victor chuckles as Adam wonders what’s up his sleeve. Victor plans to testify and reply to Ian’s claims. He lets Adam know he has a clear conscience. Adam supposes he got someone else to do his dirty work. He shows Victor a video of Connor, who loves his father, and tells Victor he pushed away everyone who cared about him. Victor orders him out. Adam vows to discover who he’s working with. After, Meredith lets Victor use her phone. He calls his accomplice with one more request.

At Newman, Victoria gets up to speed on the oil leak. Summer, Luca, and Nick believe it’s sabotage – and Victor’s the likely suspect. Luca wonders who had access to Victoria’s computer since last night. She accuses him of trying to implicate Travis. Bickering ensues. It’s agreed that Luca will talk to Travis. Victoria worries to Nick about the possibility she’s been foolish.

At the Club, Jack tells Phyllis he was dealing with an ugly situation when they spoke yesterday. He muses that sometimes, good people do bad things. Phyllis doesn’t need to know details, and tells Jack he’s a good man. Jack is grateful for her loyalty. Billy appears. Jack talks about Phyllis’ trip and hopes it wasn’t all business and she had some pleasure. Billy excuses himself. Jack suggests to Phyllis they spend the whole day ‘catching up’. Phyllis has to work and leaves.

At home, Billy flashes to Phyllis being there.

At Hank’s Bar, Luca tells Travis they need to talk.

At the penthouse, Adam startles Chelsea by smashing his glass against the wall. “I hope that sonofabitch dies in prison!”

Devon says to Hilary, “Don’t tell me we just grew apart. There’s more going on here than that. I want to know what it is.”

Meredith asks Victor, “How was your visit with your wife?”

Luca goads Travis. “Who knew someone so prim and proper would be such a wildcat?” Travis decks him. 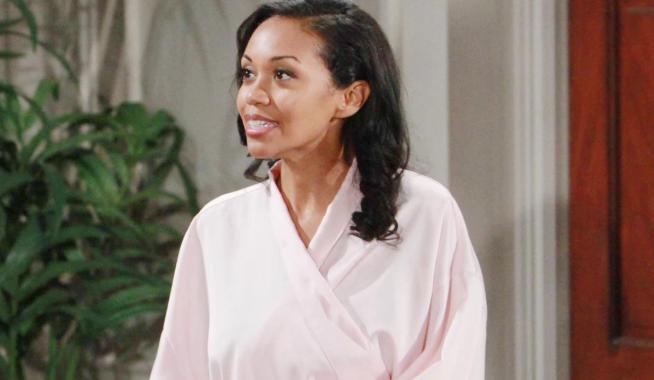 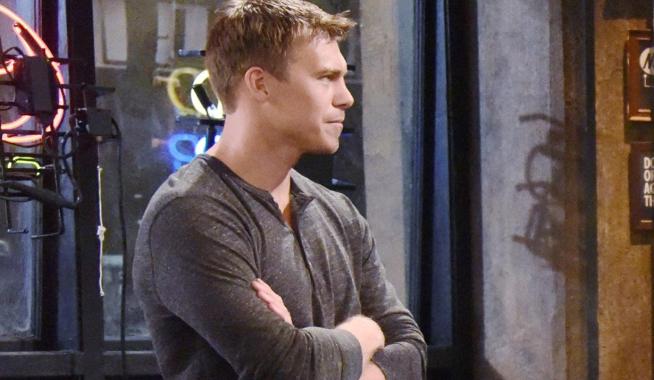