Y&R Day Ahead Recap: Billy and Phyllis decide to tell Jack, and Ashley turns the tables on Hilary 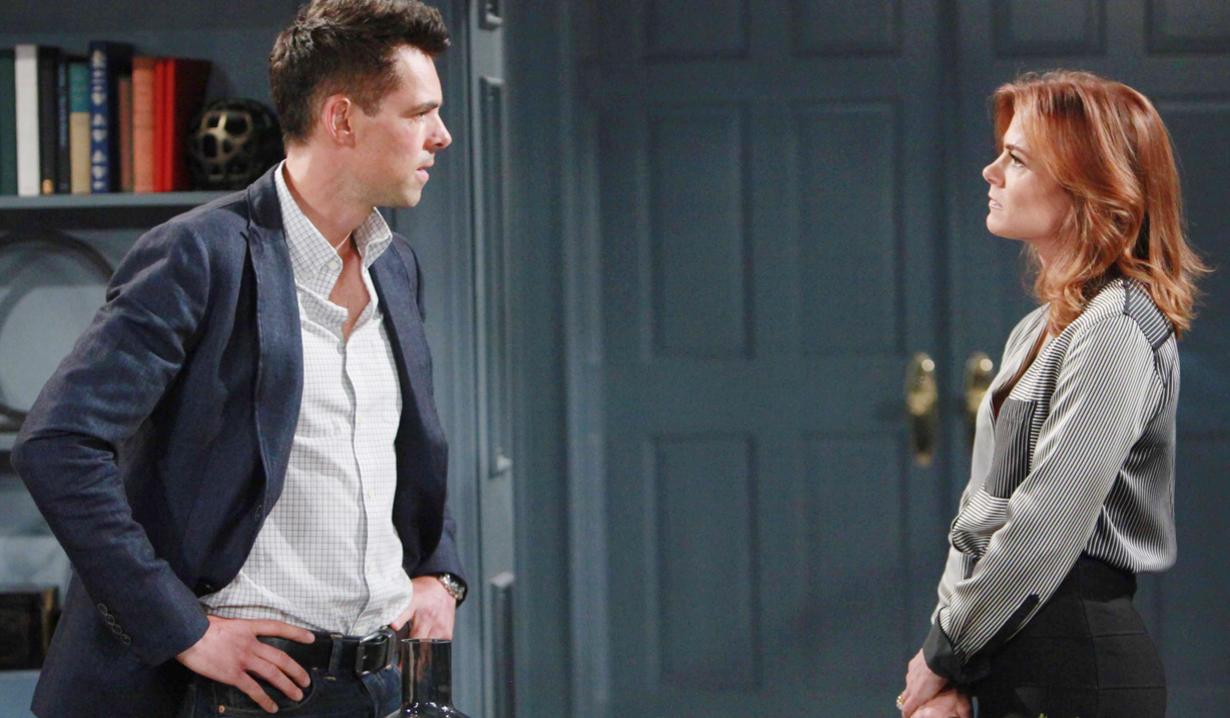 At Billy’s place, he and Phyllis debate about telling Jack they have feelings for one another. Billy says he’s not stupid and is going to find out. Phyllis wonders how to explain this to her husband when she doesn’t know what this is between them? She agonizes over falling for her husband’s brother. Billy muses about their mutual tendency to self-sabotage. He doesn’t want his brother to hurt, and he hates what it’s doing to her. “I want you. I want you here with me.” Billy feels that telling Jack is the only way to end what’s going on between them – then they can’t pretend anymore. Billy thinks Jack will be angry but will stay with her. She asks, “What about you?” Billy says he wants a life with her too, but Phyllis wasn’t asking that. She’s wondering if Jack would forgive him. Billy thinks he’s finally done something not even Jack can forgive. Phyllis wants to tell Jack alone. Billy won’t put her in the line of fire, but she insists. Once alone, Billy has a drink and agonizes over Phyllis flashbacks.

At Crimson Lights, Dylan shows Neville a photo of the lab tech and tells him he killed himself. He questions Neville and Ashley about the tech’s job and asks Neville if he paid him off to alter the reports. Neville asks questions about Dylan’s theory. Ashley defends Neville by confessing she paid the lab tech to falsify the records for the FDA. Dylan doesn’t believe her, but she maintains that she was buying them time so Neville could make adjustments. Dylan says it’s fraud and she should prepare to face criminal charges. Ash says Neville’s work must remain above reproach. Once alone, she tells Neville she has to protect the project…and him. Neville thinks she’s out of her mind. Ashley assures him her lawyer will be able to soften the ramifications for her, but she’ll miss working with him. He argues, but she says he can repay her by making the protocol a success.

At the Club, Hilary come around and doesn’t want the paramedics. Lily says, “Told you she was faking it.” Hilary claims she skipped lunch and Lily yelling at her didn’t help matters. Jack insists on helping her up to her suite. Cane and Lily exchange a look. Lily is frustrated that neither Devon nor Jack will listen. She thinks Jack needs to open his eyes or his faith in Hilary will come back to bite him. Cane is equally frustrated. Upstairs, Hilary reassures Jack she only sees him as a business associate. He reminds her she once kissed him and makes it clear where he stands. Hilary claims Lily was just trying to poison him against her. She admits to Jack that she’s sick. He is appalled she could slip into a coma again, or die. Hil says there’s a problem with the drug, but his sister is fine. She doesn’t want Devon to know. Downstairs, Phyllis bumps into Bethany and shares she’s telling Jack the truth tonight. At the bar, Lily tells Ashley about Hilary’s fainting act to fool Jack, and shares her theory about her making a play for him – he’s in her suite right now. Ashley arrives at Hilary’s suite as Jack exits. Ash informs Hilary that Neville’s off the hook. She knows Hil was blackmailing Neville and so she took the blame. “Now you owe me.” Ashley wants Hilary to back away from the research; Neville will run everything. She also wants Hilary to stay away from Jack. In the dining room, Lily tells Cane she’s relieved Ashley is on their side. At the pool bar, Phyllis imagines telling Jack that she slept with Billy and his furious reaction. When Jack actually appears, he notes Phyllis seems jumpy.

At home, Sharon is told to wake up by Sage’s ghost, who confronts her about not fulfilling her dying wish by telling Nick about Christian. She calls Sharon cruel and selfish and wonders how she can live with herself. Mariah enters to find Sharon looking for Sage. They discuss the terrible dream. Sharon wonders how Sage can have peace while she’s lying to everyone. Mariah worries she’s off her meds, but Sharon reassures her. They rehash keeping the secret. Sharon admits it’s eating away at her. Mariah wants her to talk to a professional, but Sharon hollers that she can only talk to Mariah about this. Dylan enters. Mariah says they were talking about Sage…and how Sharon’s been handling her workload at Chelsea’s company. “Sharon was thinking maybe I could do it.” Sharon plays along, telling Dylan she was concerned about seeming insensitive by suggesting a replacement for Sage. Dylan thinks it’s a great idea, and Sage would understand. “You two have nothing to feel guilty about.”

Soapbox! Deconstructing Y&R: Nothing is as it seems in Genoa City…duplicity can be fun

Bethany arrives at Billy’s place and explains she ran into Phyllis. She thinks Billy will be free now and they should keep things going. He says sure, if she’s okay with him constantly wishing she was Phyllis. Billy apologizes, and Bethany assures him he will get over Phyllis. He says, “I can’t. I love her.”

Victoria confronts Travis about his deception.

Jack wonders why Phyllis is upset about Billy.

Chelsea says to Adam, “Ian is conning us.” 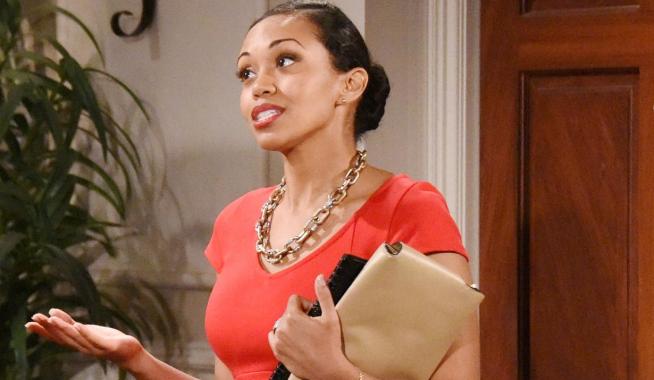 Y&R Day Ahead Recap: Hilary blames Neville for a crime she committed

Y&R Day Ahead Recap: Billy and Phyllis have sex again…and Jack shows up