Y&R Day Ahead Recap: Luca tattles to Nick about Victoria’s dalliance with Travis 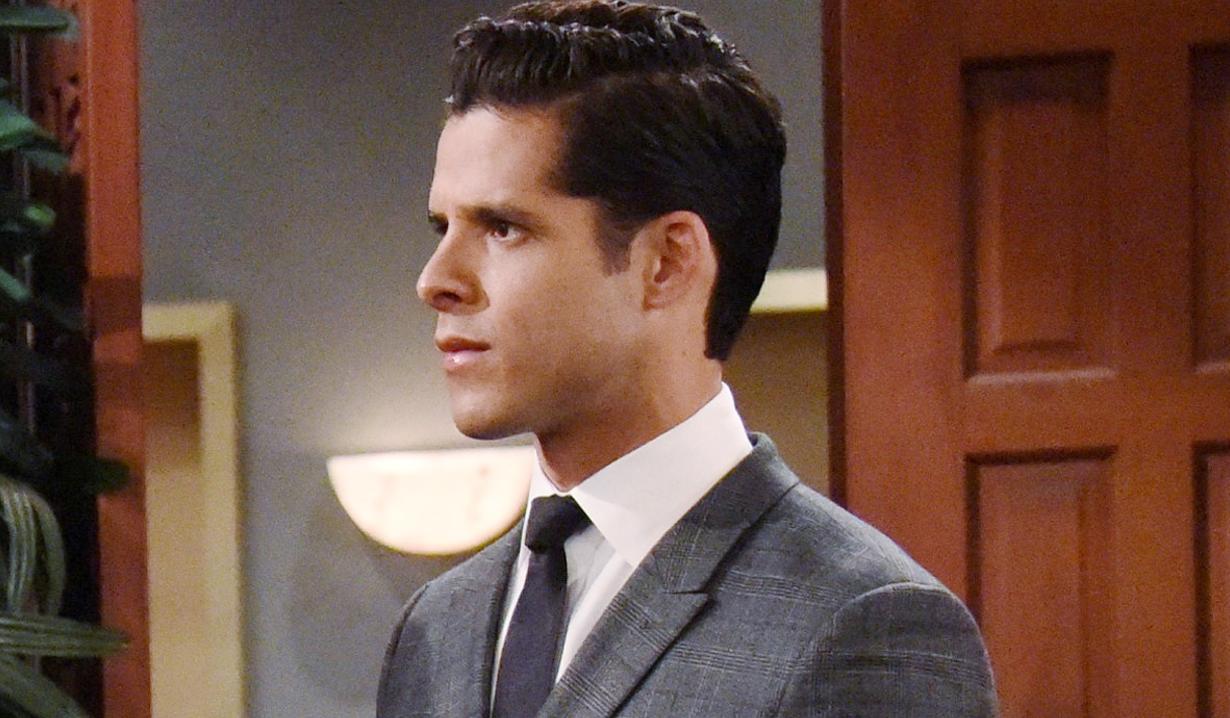 At the penthouse, Chelsea tells Michael that Dylan has a lead; she’s convinced Victor paid someone to frame Adam. Talk turns to Adam visiting the state pen. Chelsea admits he didn’t to go see Victor, but Ian. Michael is exasperated. Chelsea thinks they have to fight back on Victor’s level. Michael is okay with Ian trying to get Victor to confess.

At Sharon and Dylan’s place, he and Paul look at the money trail pointing to a payoff in Adam’s case. They go to confront the person who may have taken money to change the autopsy results.

At the state pen, Ian lies to Adam that Victor admitted to framing him. Ian says Victor bragged about how he did it, and the confession will hold up. Adam will send someone to take his statement. Ian wants to settle what he’ll get out of it. He deserves a reward for giving Adam the gift of freedom. Adam asks, “What do you want?”

At the penthouse, Adam tells Chelsea and Michael that Ian got a confession from Victor and is willing to testify. Chelsea’s thrilled, but Michael’s more cautious. He wonders what it will cost them. Adam says he wants to be moved to a minimum-security facility. Michael hopes this is not some perverse amusement of Ian’s, and wants to keep looking for evidence. Once alone, Chelsea hopes this will soon be over. They are feeling optimistic and frisky and end up making love. After, Chelsea worries about Victor again. She wants him to promise he won’t be the person to make his father pay. Adam just wants to leave him in prison and be happy. Chelsea kisses him. “The best revenge ever.”

At Crimson Lights, Paul and Dylan meet with the lab tech from Constance’s autopsy and do a lot of talking about needing a lock on Adam’s case and making sure the guilty party doesn’t walk away. They question him about the chain of custody of the sample and then about his new boat and suite at the GCAC. The man realizes they’re investigating him. Paul warns if a crime has been committed, someone will pay. He advises him to start talking. The lab tech insists he did nothing wrong and leaves as Michael arrives. He convenes with Paul and Dylan, who assure him when they have something concrete, they’ll let him know. Michael is pleased they’re on the same page.

At the state pen, Michael tells Ian he arranged for him to be transferred and now he wants his deposition. Ian informs him he wants to give his statement in person, in court. They argue. Ian insists he’s in the catbird seat, and adds he’s making himself a target. He intends to get what he wants, and assures Michael he’ll paint Victor in a terrible light. Michael will speak with his client.

At Newman Enterprises, Victoria denies to Nick that Luca has anything on her. She warns Victor could be sabotaging them; they need all the help they can get. Nick can’t understand what’s going on with her. Luca listens as they discuss Summer. Victoria isn’t convinced Luca will hurt her. Luca enters. Victoria asks him to confirm he’s not holding anything over her head. Luca admires Nick’s protectiveness, but assures him he’s not blackmailing Victoria. Nick isn’t convinced. Victoria reassures him again. Nick leaves. Victoria says to Luca, “I hope to God I didn’t just lie to my brother.” They rehash him stepping in during the crisis. Luca says she can trust him.

At the Club pool, Nick confronts Luca about what’s going on with Victoria. Luca says she’s been struggling since her transition to CEO and refers to her needing ‘private time’. Nick warns him to come clean…now. Luca shows him photos on his tablet. He warns the bartender may be a problem for them. Nick says there’s no ‘us’, but he can do something for him. Once alone, Luca learns Travis was a Wall Street guy and has secrets of his own.

At Hank’s Bar, Travis hangs up from someone wanting to be paid and looks up to see Victoria. She says the way they felt was real. He bristles. Victoria admits she’d rather be ‘Tori’, there for a drink and a dance. Travis says she had her fun; it’s over. Victoria wants him to get to know the real her. He worries he’s just an escape. Victoria feels she can trust him; he’s a good person. They are slow dancing when Nick arrives. “So this is where you’ve been hiding.”

At home, Dylan gets a call from Paul, who tells him the lab tech is dead. “Looks like a suicide.”

Phyllis says to Luca, “Leave town while you can. Just imagine what I could do to a delicate flower like you.”

Michael tells Chelsea and Adam the lab technician will be unable to testify. Adam says, “He’s dead.” Michael wonders, “How could you possibly know that?”

At the state pen, Victor beats up Ian Ward.