Summary for Thursday June 2, 2016: Phyllis covers her tracks, Meredith undresses for Victor, and Travis wants Victoria out of his bar. 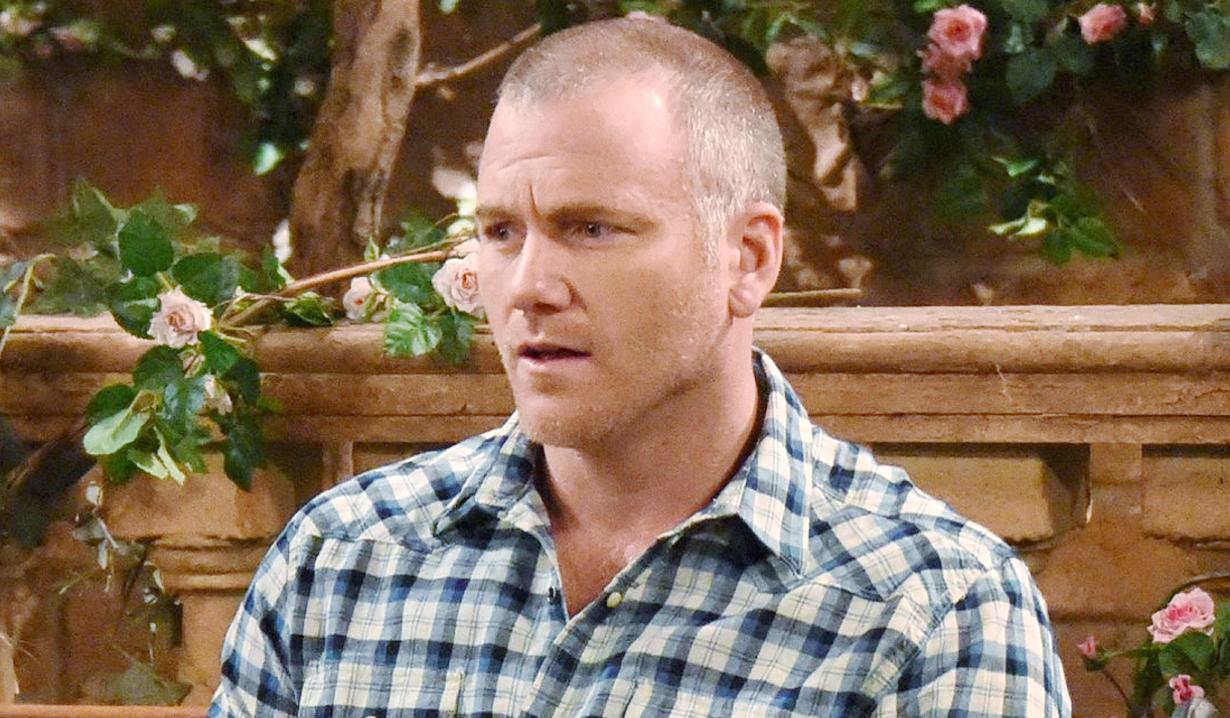 In a service station restroom, Phyllis, shaken up, inspects her injuries from the motorcycle crash in the mirror. Jack calls to tell her about the accident. She says she’s on the way and cries after hanging up.

At the hospital, Stitch learns that Billy, who is still unconscious, was alone when they got to him, but someone called 911. Victoria, Jack, and Jill arrive, followed by Phyllis. Jill and Jack agree that Billy has no one to blame but himself for this. Jack asks Phyllis where she went, and she makes up a lie. Victoria worries about him having another head injury. Jack wishes he and Phyllis had got through to Billy. Stitch appears and says Billy’s test results are good. Victoria and Jill go in to see him. Billy asks, “How is she?” They realize someone else must have been on the bike as Phyllis enters and shakes her head. Billy says Bethany was with him. Jack complains his ‘friend’ left him there. Victoria exits. Phyllis follows and tells her Billy needs her. Vikki says he’s moved on with his life, but Phyllis claims that’s a lie. She urges Victoria not to give up on him. Victoria is through trying to save him. “Billy’s heart has changed. He’s moved on. I’m moving on too.” In Billy’s room, Jill and Jack are irked that he upset Victoria by mentioning his bimbo. Billy says she doesn’t care and jokes. Jill hollers at him; he could have killed himself. Billy was feeling more alive than ever and didn’t want the ride to end. Jill has to leave town. Jack reassures her.

Where Are They Now? Colleen Zenk onstage in Inside the Box

At the lab, Ashley is pleased to see Abby excited about work again. Abby is focusing on what she has to be grateful for. She reads about evidence mounting against Adam, and muses that Victor is really sticking it to the guy. Ash is glad Abby gave him her proxy and is out of it. They discuss Stitch’s guilt about Max. Abby says she hasn’t been to see Max yet. Stitch appears and updates them on Billy. He tells them Max’s doctors are doing brain scans – they think his behavior might be caused by something physically wrong in his brain. Abby thinks it would be a relief if there’s a medical reason he acted that way, but Stitch says the potential risk to Max is pretty terrifying. Abby reassures him. Stitch gets a call – Max has a brain tumor and needs surgery. If he survives, he may never be the same.

At the prison, Paul chats with Victor about him pulling strings from behind those walls. He wonders about the convenience of Adam’s case falling in his lap. Victor claims he has no answers. Paul explores Victor’s complicated relationship with Adam – he thinks Victor looks at him and sees himself. He asks if Victor is framing him. “I want to know what’s going on.” Victor advises Paul to fasten his seatbelt; he might tell him more than he bargained for. However, then Victor decides to give the short version – he didn’t frame Adam, and thinks Paul of all people should understand he would do anything to protect his son from doing bad things. Paul doesn’t believe him. He goes to discuss Victor with Meredith Gates, who marvels that his family banded together to put him in prison. Paul strings her along and learns Victor talked to her about Constance’s murder case and that he claims to want to reconcile with his children. Later, Victor convenes with Meredith, who promises she didn’t betray his confidence to Paul. Victor notes she took a risk for him. “What can I do for you in return?” They eat together and Meredith tells him Paul alluded to Adam framing Victor with a forged diary, and that he would do the same in return. She didn’t believe it. Victor has to go back to his cell, but Meredith stops him, locks the door, and unbuttons her blouse.

At Hank’s Bar, Travis angrily flashes to realizing who Victoria really is. She arrives and he rants about seeing her in her Newman glory. “Here’s five million buck, you peasants.” He references his financial difficulties; she wouldn’t understand. Victoria offers to help him. He scoffs at her throwing money at the problem and complains about her not letting him know her. Vikki counters that he’s stereotyping her. Travis hollers at her to get out of the bar and leave him alone.

Victor asks a male doctor, “What happened to Dr. Gates?” The doctor says, “Dr. Gates has taken a leave of absence.”

Adam yells at Nick, “You think that Victor wins, I go to prison, and this whole thing is over! That’s what you think?”

Ian says, “My visitor will be here soon. This showdown is long overdue.”