Summary for Tuesday May 24, 2016: Mariah wants Sharon to come clean, Michael asks Victor to admit he set up Adam, and Nick spends time with the baby. 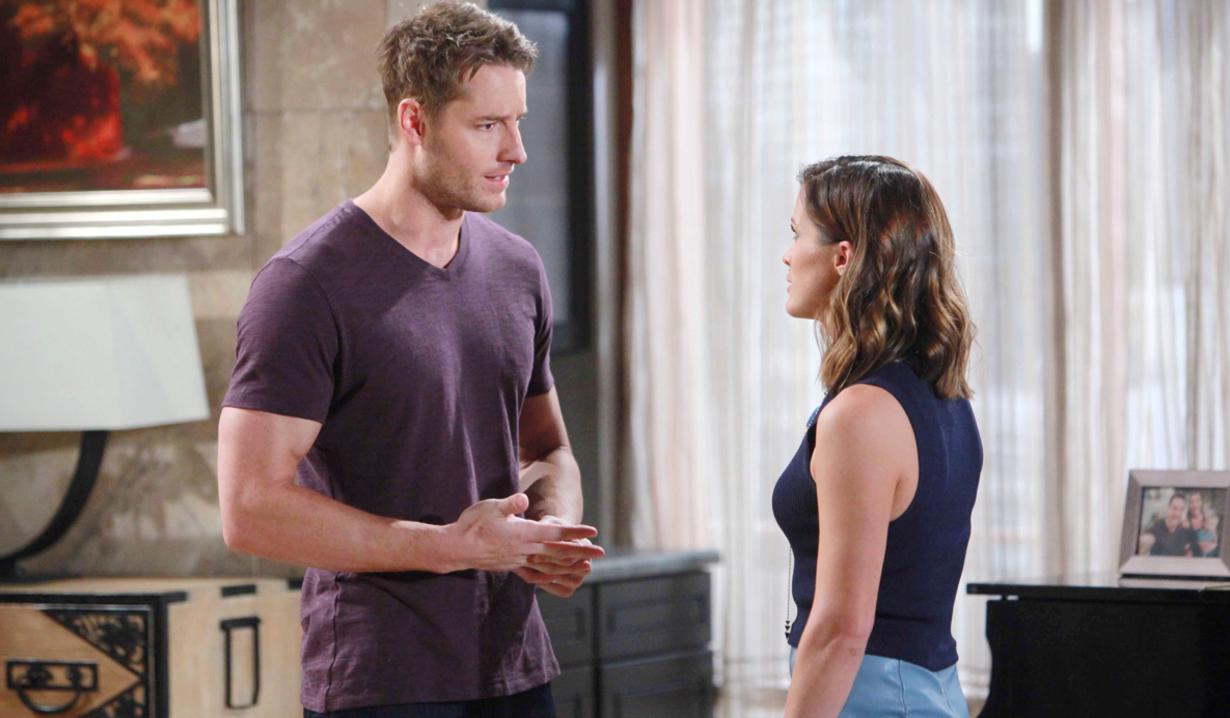 At home, Sharon, Mariah, and Faith are preparing to meet Nick at the cemetery for a ceremony for Cassie. Mariah tells Sharon a great way to help Nick feel better today would be to tell him his son is alive. Sharon protests – everyone would suffer. Mariah questions letting Nick do all the suffering, and warns the longer Sharon waits, the worse it will be – it’s almost unforgivable that she’s kept it hidden this long. Nick deserves to know.

At the prison, Victor is surprised to see Nick today of all days. Nick warns him not to speak Cassie’s name and confronts him about using his dead wife to get back at Adam. Talk turns to Victor’s father. Nick remembers going with Victor to see him and feels he’s ended up just like him. Victor wonders why he came considering how he feels, and says Sage probably kept the secret about Adam to spare Nick more pain. After, Victor tells Meredith that Nick accused him of setting up Adam. He mutters about them now believing he’s capable of such evil.

At the outdoor restaurant, Noah thanks Summer for leaving Luca out of their family ceremony for Cassie. Summer goes on about how smart he is and says he wants to help her at Newman Enterprises. Noah says she’s naïve – he’s a jerk and a user. Summer argues that Luca deserves a chance like Marisa. They start bickering about Victor. Summer thinks he’ll forgive them all, but Noah argues he’s bent on revenge, and tells her to wake up. They agree to set aside their disagreement – it’s Cassie’s day.

At the penthouse, Chelsea is laying into Dylan for arresting an innocent man when Adam returns with Michael, who will soon be reinstated as a lawyer. Adam hopes he won’t need his services since Dylan is sure to learn Sage’s journal was tampered with and the charges will be dropped. He tells Dylan that it’s payback for when he and Jack framed Victor using a diary years ago. Dylan goes. Adam wonders if Michael and Chelsea believe him. Chelsea assures him nothing will come between them again. Michael agrees the set-up reeks of Victor and reminds them he is all about control – he teaches you a lesson but then swoops in to save you. Adam tells Michael how he intervened with Victor’s plan with Dr. Meredith Gates. Michael cringes and warns Adam to stay away from Victor. “I’ll take it from here.” Once alone, Adam tells Chelsea that he will go down thanks to Victor. Chelsea suggests they take Connor and run…tonight.

At the cemetery, Dylan, Sharon, Mariah, Faith, Summer, Noah and Nick mark 11 years since Cassie died. Nick flashes to her death in the hospital. The others share stories, but notice Nick is distracted. He recalls visiting Cassie’s grave last year to tell her about Christian – he’d do anything to get him and Sage back in his arms. They reassure him, and he thanks them all for coming. Mariah wishes they could do more for him. She and Noah leave. Dylan steps away with Nick, who isn’t sure what to believe about Victor setting Adam up. Dylan promises to separate fact from fiction. Meanwhile, Faith tells Sharon that Sully might make Nick happy again. Sharon watches as Nick holds the baby. Dylan notes Nick’s smiling. Sharon chokes up. Dylan says it kills him watching Nick hold their son – he should be holding Christian. He doesn’t think he could survive losing Sully.

At the Club, Kevin remarks to Natalie on the news that Adam was arrested for murder. He muses that if Constance Bingham got in his way, he wouldn’t put it past him. Talk turns to the Passkey patch – Natalie’s on a break and convinces Kevin to join her later for a trip to Chicago. Noah, Mariah, and Summer hit the bar and talk about Cassie. Kevin joins them and tells Mariah he’s glad to run into her. Summer calls him out on his poor treatment of Mariah until Noah drags her away. Kevin asks Mariah about what was bothering her before. “Lay it on me.” Mariah plants a kiss on him. Across the room, Summer and Noah gasp. Mariah, meanwhile, asks Kevin to forget that happened. She blames it on the day, and asks him to join her to watch TV while eating Chinese takeout. Natalie reappears, and Kevin chooses to go with Mariah.

At the prison, Michael accuses Victor of framing Adam for Constance’s murder – he’s watched this dance between them for years. Victor grouses that he gave that boy everything and there’s no gratitude. Michael wonders if he really wants Connor to grow up without a father and asks him to end this war by admitting he set him up. Victor rants about betrayal and promises Adam will be the cause of his own destruction.

Victor tells Meredith “It’s time for me to confess.” She says she isn’t going to let him do that.

A reporter says, “Newmans keep breaking the law.” Victoria responds, “And you want to know, in light of that, why anyone would trust our family.”

Billy says to Jack, “I hope there’s no trouble at home.” Phyllis appears. “Just the opposite. My husband and I are taking a much needed getaway.”