Summary for Tuesday May 17, 2016: Victoria sends a message to Billy, Phyllis faces off with Hilary, and Stitch signs Max into a psychiatric facility. 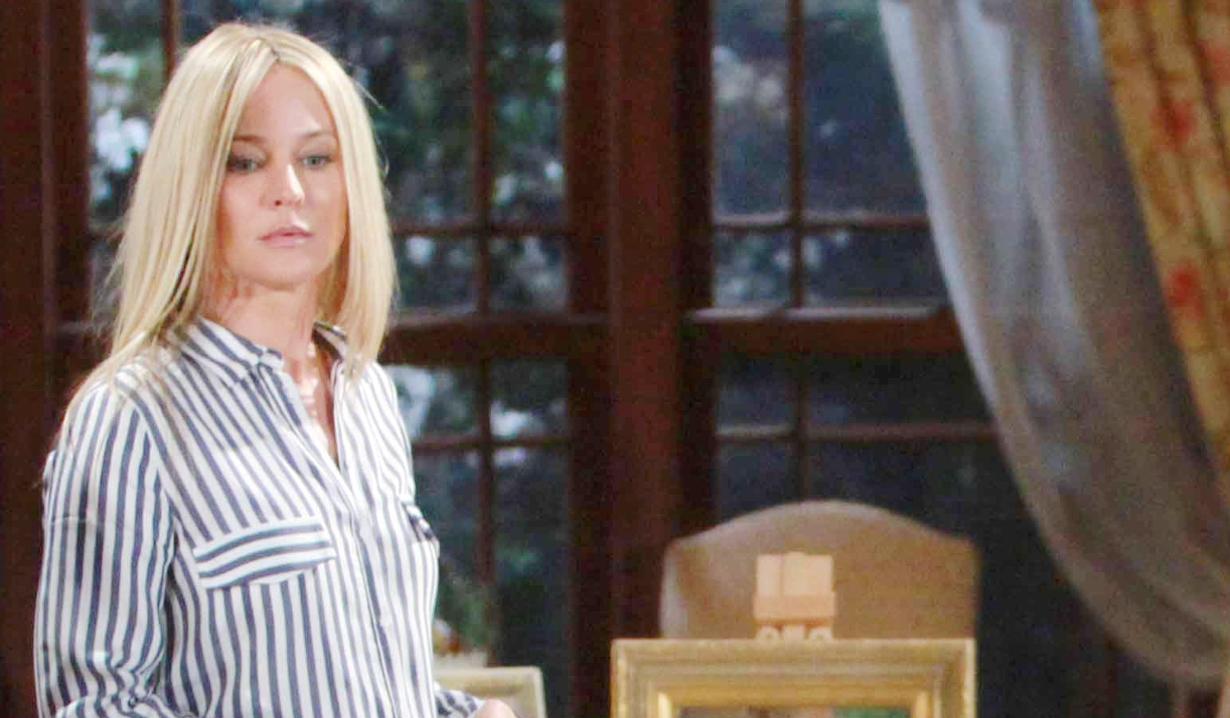 At Billy’s place, Johnny’s caregiver arrives to take Johnny to school. Billy muses about the way Victoria’s playing this.

At Newman Enterprises, Nick apologizes for telling Victoria to back off. His feelings are all over the place – he can only think about what should have been with Sage and Christian – and now he’s just alone. Nick says work grounds him, and Vikki admits she’s been throwing herself into the job too…because of Billy. She’s decided not to let him have power over him anymore. Nick warns her not to do anything reckless. They’ll look out for each other. Michael arrives. Nick leaves to see someone. Victoria tells Michael she needs an emissary to help with a sensitive Newman/Abbott matter – she wants him to remind Billy about the rules of their arrangement – they aren’t supposed to drop in on one another unexpectedly. She wants Michael to handle it so there is no more blurring of lines. Michael asks if there’s any hope of reconciliation. Vikki says no.

At the Club, Stitch thanks Abby for staying with him. She assures him she cares about Max too. Stitch has a meeting to discuss Max and wants her to come with him. Abby agrees. Downstairs, Hilary spots Jack alone, but Phyllis appears. Hilary has to steal him away for business, but Phyllis wants to hear what’s on her agenda. They discuss the foundation and Phyllis proves to be helpful. Billy enters the Club. Hil and Jack leave to go over details and Phyllis joins Billy at the bar. He’s happy not to deal with Jack and to have her to himself. He talks about their crazy hot lovemaking. Phyllis warns that what happened between them will never happen again. Billy says, “You got it.” Michael appears. Billy guesses Victoria sent him. Michael delivers Victoria’s message about rules. Billy presumes Victoria wants him out of the way because of another man. Elsewhere, Phyllis is stunned to hear Jack confided in Hilary about their marriage. Hil offers advice, and Phyllis tells her to keep her mouth shut or she’ll shut it for her. After, Phyllis confronts Jack, who reassures her.

Breaking! Watch Justin Hartley in NBC’s This Is Us trailer

At the hospital, Stitch and Abby meet with Paul and the social worker. Stitch wants Max to come home now he’s been evaluated, but Paul says the doctors feel he needs to be in a long-term psychiatric youth facility. Stitch is highly agitated as to what he’ll tell Max.

At Sharon’s place, she and Dylan kiss. Mariah appears and goes on a rant thinking she’s in the way. They reassure her she’ll always have a place there. Nick arrives – he’s mixed up about Faith’s school schedule. Dylan leaves. Nick tells Mariah and Sharon he’s moving back to the tackhouse and has to go through Sage’s things. Mariah offers to help. Once alone, Nick tells Sharon she’s been great through this. He talks about having to leave the apartment – Sage is gone; there’s nothing there. Mariah arrives with a box of Sage’s things. Nick wants to look through it – he finds Sage’s private journal. Sharon is antsy. Nick reads a passage about the loss of Christian. He decides to read it alone and leaves. Sharon turns on Mariah. “I wish you’d never found that thing!” Mariah senses something’s going on. “What do you think is written in there?”

Dylan arrives at the hospital and learns Stitch is signing Max into a long-term facility. Abby asks Dylan to be there for Stitch. Elsewhere, Stitch explains the situation to Max, who accuses him of sending him away to be with Abby – his mom never would have sent him away. Stitch wants Max to face up to the truth – he hasn’t dealt with his mother’s death and he needs help. Max cries about his mother. Stitch comforts and reassures him that he won’t leave him. After, Max invites Abby to visit him with Stitch, who hands him over to the social worker. Later, Paul confides in Dylan about the difficulties of seeing your child for who he really is.

At Hank’s Bar, Victoria hovers near Travis. He spots ‘Tori’. She tells him they can’t be together again. Travis is stunned – they can work this out. Victoria can’t do it. After she goes, Luca’s investigator chats up Travis and sends a text saying he and Victoria can’t stay away from each other.

At Newman Enterprises, Billy visits Victoria to drop in the signed document saying he’ll follow the custody agreement rules – now they’re both free to be with whoever they want.

In Stitch’s suite, he thanks Abby for being there – they can get past this.

At the park, Nick reads something in the journal that gives him pause.

Nick wants to know what was in the letter Sage left for Adam.

Mariah asks Sharon, “What did Dr. Anderson do? Why would she say that Sully isn’t yours?”