Y&R Day Ahead Recap: Victoria beds the bartender, and Adam and Chelsea renew their vows

Summary for Monday May 16, 2016: Phyllis plans to focus on Jack, Nikki meets Meredith, and Chelsea and Phyllis commiserate about Victor. 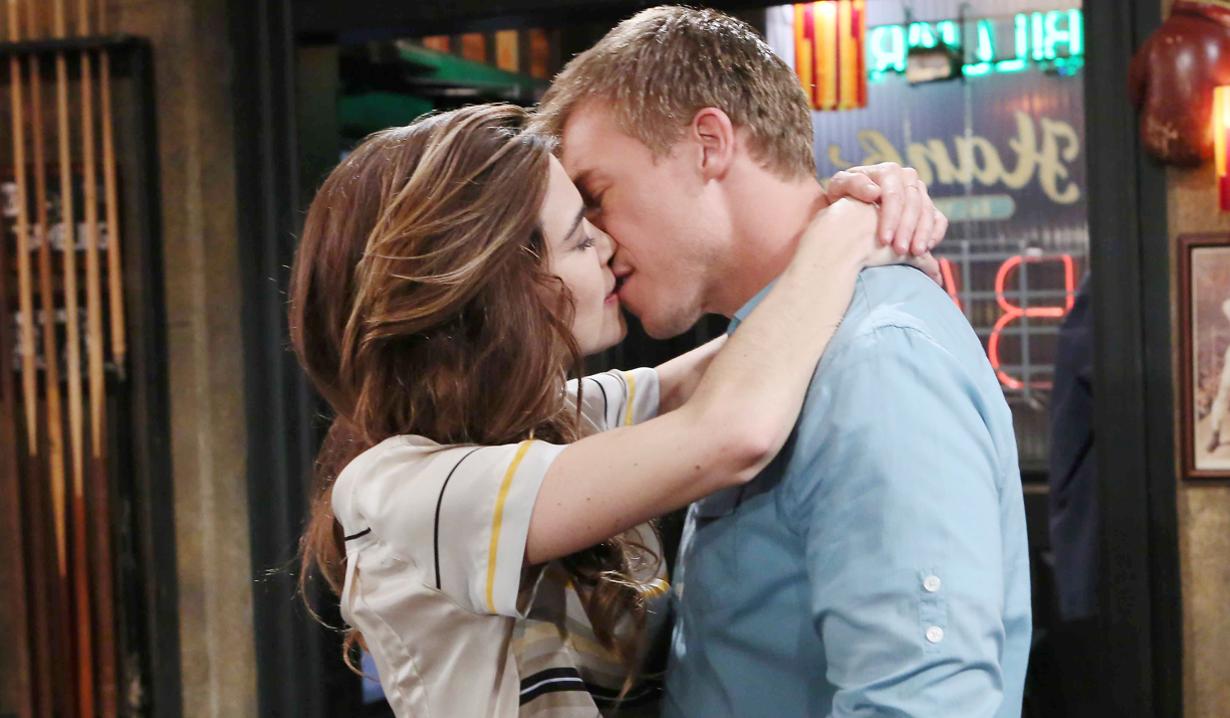 At Billy’s place, he’s replaying the sex with Phyllis in his mind when Victoria arrives with Johnny. She wonders if it’s a good time, or is there another prospective buyer upstairs? Billy is alone, and offers Victoria a wine or a tour, but she settles Johnny and then leaves. After, Johnny finds a button, which makes Billy pensive.

At the Club, Jack asks Phyllis if she has feelings for his brother. Phyllis rambles on about their work together. Jack doesn’t mean business. “Are you drawn to my brother, yes or no?” Phyllis replies, “Yes. I am.” She clarifies that they’re kindred spirits and she sympathizes with him. Jack is glad she is there for his brother. Phyllis wants to focus on Jack now. At the bar, Meredith introduces herself to Nikki, who muses, “Oh yes, the new woman in my husband’s life.” Meredith clarifies it’s ‘not like that’ and tells Nikki how Victor helped her repair her relationship with her father. Nikki says Victor never does anything without a motive. Meredith plans to ensure his early release – he’s a good man. Nikki snaps that it’s easy for her to say – she’s not married to him. She warns he’s a chameleon and can be dangerous. Nikki stays because life with him is never boring. They debate whether he wants revenge or forgiveness. Meredith urges Nikki to give him a chance. After, Nikki orders a martini. Jack spots her.

At Hank’s Bar, Travis welcomes back his favorite dance partner. Victoria smiles. There’s something about his jukebox. Travis’ shift is over. This time she agrees to go back to his place. Someone takes a photo of them leaving together.

At Travis’ place, he and Victoria kiss hungrily and undress. He picks her up and throws her on the bed. Later, Travis is sleeping and Victoria answers her phone to Billy. He wonders why she’s whispering. Vikki insists she’s not and steps out of the bed to say goodnight to Johnny. When she hangs up, Travis is awake. “So, you have a kid.” Victoria gets flustered and dresses. Travis tells her he likes kids. She says that’s off limits. He wants her to stay but she flees.

At Billy’s house, he tells Johnny he can always count on his mommy and daddy.

At the penthouse, Chelsea worries she just made Victor angry. Adam assures her he won’t get out early. Chelsea frets that he’ll target her company. Adam says, “Our company.” He advises her not to give Victor power over them. They have to prove to themselves that they’re forever. Chelsea produces their old wedding rings – she had ‘now and forever’ engraved on them. Adam asks her to marry him again. Chelsea says yes. They get dressed up, light candles, and Adam makes a heartfelt speech before putting the ring on her finger. “Now and forever.” Chelsea responds in kind and places his ring on his finger. “Now and forever.” They kiss.

Breaking News! Justin Hartley’s This Is Us picked up by NBC

At the Club, Jack intervenes with Nikki at the bar. Nikki tells him and Phyllis that Victor might be getting out because of Dr. Meredith Gates. Adam and Chelsea appear. Adam fills them in on Meredith’s father and assures them Victor’s not going anywhere. Nikki is skeptical – he’ll find a way. Phyllis, upset, stalks out and Chelsea follows. Outside, Chelsea notices Phyllis is missing a button as they commiserate about Victor. Chelsea says she and Adam renewed their vows – Phyllis and Jack have been an inspiration to them. Phyllis cringes a little. She says she and Jack have had issues. Chelsea argues that they’re stronger than ever. Chelsea shows Phyllis her ‘now and forever’ ring – that’s her and Jack. Phyllis awkwardly tells Chelsea those are words to live by. Inside, Adam tells Jack that Victor will probably get out, and none of them are safe.

In the park, Nikki is about to take a drink when she notices Katherine’s plaque. She appeals to her old friend to help her find the strength to power through.

At the state pen, Meredith’s father tells Victor not to mention his daughter, and to get comfortable because he’ll be serving the full ten years. Victor complains he’s being maligned unfairly. The judge feels if even half the things he was accused of are true he deserves the ten years. Victor muses about the judge having a son that was a disappointment. The judge is outraged. “You have no business…” He informs Victor that he knows a guilty man when he sees one, and he is as guilty as sin! Later, Meredith finds Victor waiting in the infirmary. He tells her his son told her father he was using her to secure his release. She asks, “Are you?” Victor clucks that Nikki must be drinking again – everything is falling apart. He hopes he one day has a chance to reconcile with his family. Meredith asks, “How do I know I can trust you?” Victor replies, “You don’t.” He kisses her cheek and leaves. Strolling up the cell block, he smiles very slightly.

Victoria tells Michael, “I need an emissary to help me with a very sensitive Newman/Abbott matter.”