Y&R Day Ahead Recap: Max turns to Ashley, and Lily learns the truth about her father

Summary for Monday May 9, 2016: Neil tries to keep Cane from talking, Devon confronts Hilary, and Stitch finds his missing son. 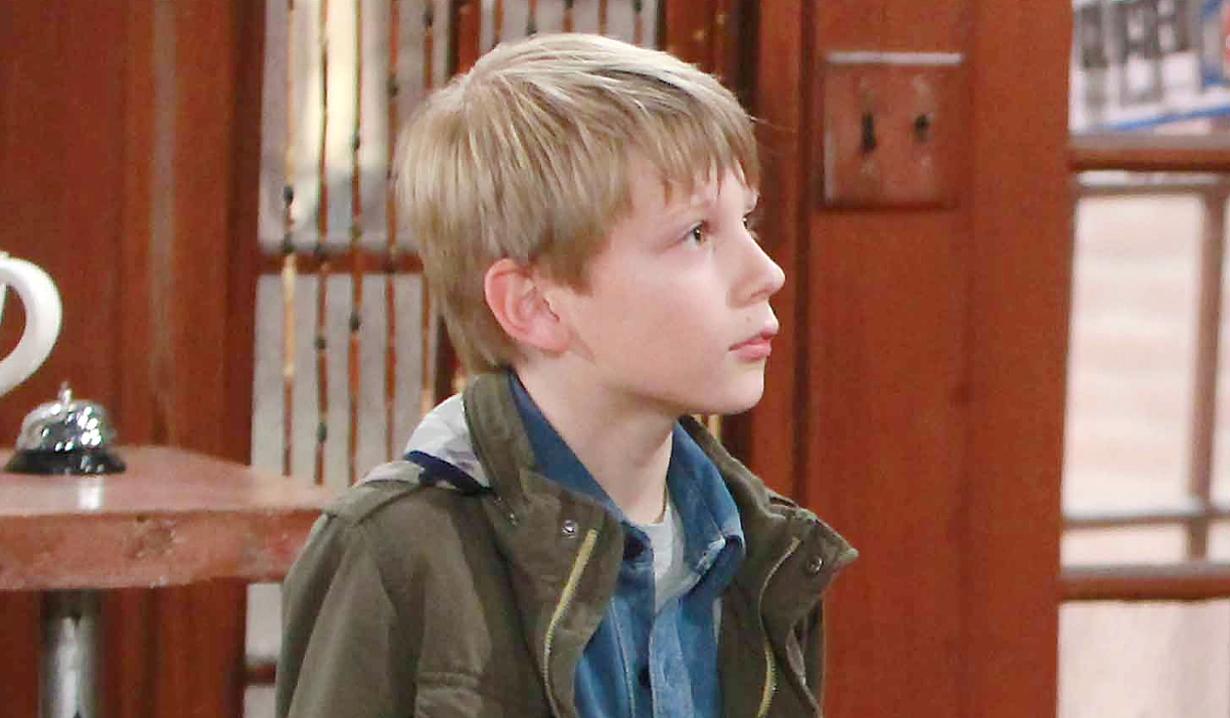 At the Club, Stitch tells Dylan he had better find Max. Downstairs, Lily fills Devon in on the evidence pointing to Max. They wonder how Stitch and Abby’s marriage will survive this. Hilary appears and brags that Jack loved her idea – it helped that she and Neil were on the same page. Devon flashes to Neil telling him Hil blackmailed him. When Hilary steps away to take a call, Devon complains to Lily that his wife has changed. Lily advises him to face the problem head on. By the bar, Neil wants Cane to give him a chance to explain about the kidnapping. In the foyer, Stitch and Dylan split up to look for Max.

At the park, Neil tells Cane that he followed Hilary and Devon on their honeymoon, showed her the video of Devon and the prostitute, and later found her and saved her life. Neil explains how he cared for her until she got better. He just wanted Hilary to wake up and get back with Devon, and she did. Cane wonders if he thinks he’s off the hook. Neil feels he’s making amends through the foundation. Cane scoffs. He rages that Devon was accused of murder and he was accused of kidnapping and the whole time Neil had Hilary locked in the boathouse. Cane is stunned to hear that Devon knows. He marvels at the three of them keeping the secret. Neil urges Cane to keep quiet, but Cane says he’s going to tell Lily; they don’t keep secrets anymore. Neil wonders why he’d drag his wife into this dirty secret.

At the lab, Abby tells Ashley that Max is broken and worries what will happen when Ben realizes that his baby died because of his son. Max listens, unseen, as Abby tells Ashley that Ben will choose his son over his marriage. Neville appears beside Max and offers to help him. Once Abby leaves, Max runs into Ashley’s arms. Neville says she’s the only one he will talk to. Max tells Ashley they’re going to take him to jail. She asks him for the truth. Max says, “I made Abby trip on the stairs.” He insists it was just a prank and he’s scared. Ashley maintains her composure and reassures him with a hug. She sends him into her office and then tells Neville that it wasn’t a prank. She points out that Max planned the shower and the fall, and is old enough to know she would lose her baby. Ash marvels that he’s using her to plead his case. She knows what she has to do.

Abby arrives at the Club and learns the evidence linked Max to the fire and that he’s missing. She offers to help, but Stitch questions her pretending to care. Dylan urges them to talk. Abby tries to convince Stitch of the truth about Max. He accuses her of thinking his son is evil. Abby says Max needs help. Stitch is about to leave when Ashley calls – she has Max at the lab and hasn’t called anyone else. Stitch leaves. Abby talks to Dylan about Stitch being in denial, and they wonder who Max would turn to. Abby says, “There is one person.” In the dining room, Devon questions Hilary about her relationship with Neil. She pretends everything is dandy. He says he knows she blackmailed Neil and has been lying to his face about it. Devon wonders if she thinks her actions don’t have consequences, or does she just not care at all? Hilary lashes out at Devon for sitting on this information. She says Neil owes her and needed to be reminded how lucky he is to have his freedom. Neil appears – they have a bigger problem than Hilary’s ego right now. He says Cane overheard Hilary and now he knows and is threatening to tell Lily – their whole world will blow up!

At the lab, Ashley tells Max that when his dad arrives, he should tell him what he told her. When Stitch arrives, Ashley tells him alone that she spoke to Max and believes Abby was right. She urges Stitch to really listen to Max…like a doctor. Stitch joins Max, who rushes into his arms. Dylan and Abby arrive at the lab. Ashley and Neville tell them Max is with Stitch in the office. Ashley says she believes Abby, but urges her and Dylan to let them talk it out. In the office, Max admits he made Abby fall. Stitch assures him he will always love him. Max tells Stitch they’re coming for him; they have to leave. Abby enters. “You’re not going anywhere!”

At the park, Cane tells Lily he has something to tell her that will hurt her, but they don’t have secrets anymore. “It’s about your father.” Lily gets uptight. “Just spit it out.” Cane says Neil, Hilary, and Devon have been lying to her. He tells her Neil kidnapped Hilary. The whole time they were looking for her, Neil had her. Lily is floored. “How could he do this?”

Jack says to Phyllis, “Whatever you heard…” She cuts him off. “No, it is what I saw when I went to Billy’s. He is sleeping with Fiona!”

Victoria hisses at Billy, “I am not subjecting the children to this, we’re turning around and leaving right now.” Billy tells her if she tries to do that he will call the cops.

Stitch tells Max, “I need you to be honest with me. I want to know the truth.”

Y&R Day Ahead Recap: Dylan gets...