Summary for Wednesday May 4, 2016: Adam learns he’s in Sage’s will, Dylan convinces Sharon to attend the service, and Nick breaks down. 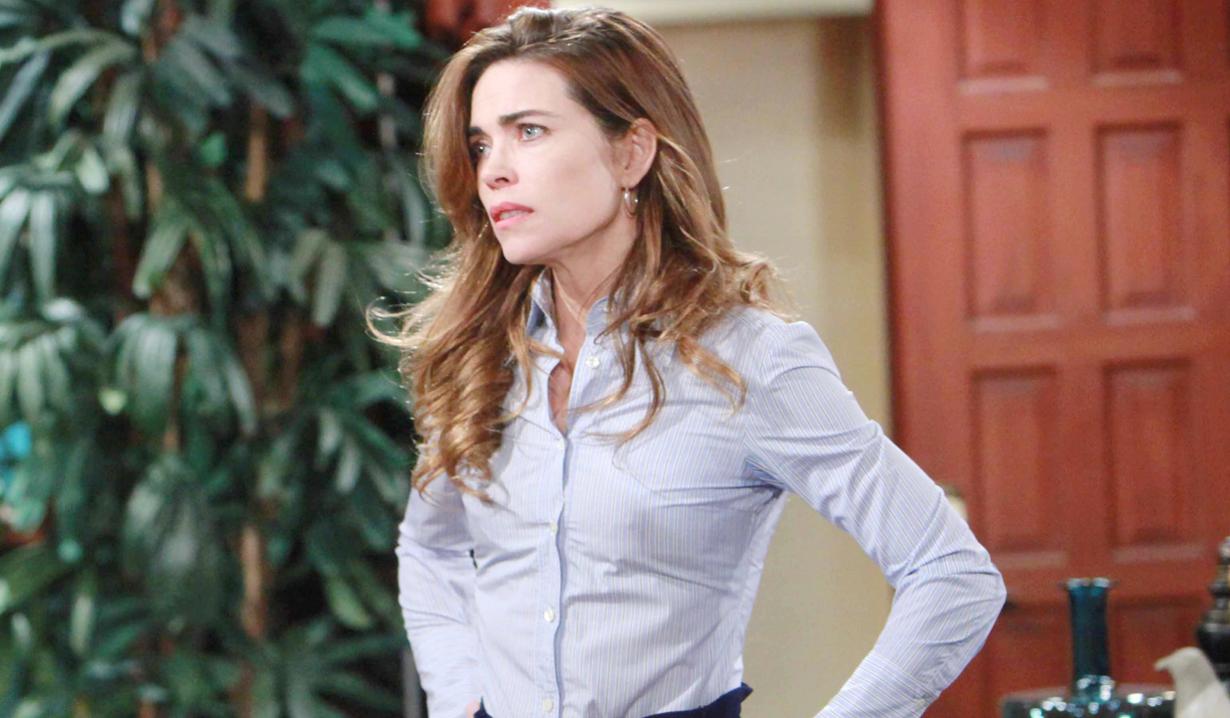 At the penthouse, Adam is dreading going to Sage’s memorial service. Chelsea reassures him. Michael arrives. He’s the executor of Sage’s will and she named Adam in it. He’ll need to be present at the reading, which will be at Newman Towers after the memorial. Once alone, Adam worries to Chelsea that Sage’s bequest will have to do with Christian. He worries again that Victor told Sage about the DNA results. Chelsea tells him it doesn’t make sense for him to have done that. She also reminds him Sage didn’t have a vindictive bone in her body. Adam remains unconvinced, but decides they need to go to the service and will reading to see what’s in store.

At the Club, Lily takes a call from Dylan, who is going to be looking into Abby’s fall at her request. Abby arrives and Max tells her his father will never forgive her for what she said to him. Lily sends Max to play with Charlie, and then asks Abby why Stitch and Max are staying there. Abby knows she’s right about Max – all her instincts tell her so. Lily warns she could wreck her marriage with the accusations. In their suite, Summer and Luca are in bed. She has to get ready for Sage’s service. He offers to come with her, but she thinks her dad has enough to deal with today. In the dining room, Luca introduces himself to Devon, and tells him he’s looking for new opportunities in Genoa City. Devon wishes him luck. He approaches Lily and Abby, who says that if she’s right, they need to get Max help. She walks off, and Lily fills Devon in on Dylan’s investigation. He tells her to give Dylan whatever he needs as Max listens and flashes to pocketing the fishing line. Max tells Charlie they’re going to play a new game and challenges him to steal the master key card. Nearby, Luca runs down Victoria to someone on the phone, and thanks the person for their loyalty on behalf of Victor and himself. Later, Max uses the master key card to get into the office where the security footage is kept. Meanwhile, Lily and Devon discuss the situation with Abby when the alarm goes off. Lily demands to know if Charlie or Max had anything to do with it.

At Nick’s apartment, he tells Faith the memorial service today will be a chance to say goodbye to Sage. It will be sad, but they can share memories. Faith notes she’s in heaven now, with Christian. Later, Summer and Noah arrive. Nick sends Faith upstairs and talks about the Newman curse with them. Noah agrees, but Summer is proud to be a Newman and there’s no curse. Nick decides she’s right and they embrace.

At home, Dylan asks Sharon why she’s not ready to go to Sage’s service. Sharon tells him she’s not going; she can’t. Dylan makes a speech about how kind Sharon was to let Sage take comfort in their son. He knows she’s having a hard time, but she should come to honor Sage and to be there for Faith. Sharon agrees.

Nikki arrives at Newman Enterprises to go to the service with Victoria, who tells her today should be about Nicholas, which is why she wants to get this off her chest now. She confronts Nikki about handing over her vote. She rants at Nikki that Victor thinks he’s in prison because of them instead of the crimes he’s committed. She complains about him using the power to sell Brash & Sassy, which was bought by Billy, of all people. Nikki talks about how she felt at the prison visit and is so sorry that he used her to hurt Victoria. Nikki is sure he’ll never forgive her.

In the state pen infirmary, Victor offers to help Meredith Gates see things from her father’s point of view. They talk about his children looking for forgiveness. Gates thinks he’s going out of his way to antagonize them. They bicker. She thinks there can’t be any healing unless Victor admits he’s done something wrong. He concedes he misses his family today since they are mourning his son’s wife. Victor is heartbroken he can’t be there, and asks Meredith to go in his place. He wants her to tell Nick he cares about him very much. She says she can’t get involved in his personal life. Victor sheds a few tears. Later, Luca visits Victor. He tells him if he really wants to do some damage to those who’ve wronged him, he needs someone on the inside. Victor realizes he means himself. He assures him he can still pull strings from jail. “Get out of my face.”

At Chancellor Park, everyone gathers for the memorial service. Nick asks Adam not to blame himself because of the phone call. Nikki wonders why Sharon didn’t bring Sully. Nick interrupts – he thinks Sage is looking down and smiling right now. Sharon’s eyes widen. The service begins. Faith shares a memory of Sage and speaks about her being with Christian now. Faith wants Sharon to speak, but she thinks Adam should talk. Nick agrees. Adam gets up and makes a nice speech about their friendship and how much Sage loved Nick. When Nick gets up, Meredith Gates slips in the back. He talks about embracing life to the fullest, but has no idea how he’ll do that. Nick starts to rage. Nikki rushes out with Faith. Nick hollers and cries about losing his son and Sage. Sharon stands up. “Nick, you’re wrong! You’re not alone!”

Marisa visits Victor and tells him Luca is only using Summer to get his hooks into the Newman family.

Luca’s goon tells him he isn’t going to like what he found out.