Y&R Day Ahead Recap: Victoria decides her life is a country song, and Billy makes a bold move

Summary for Tuesday May 3, 2016: Jack attempts to make peace with Victor, Sharon learns about Sage’s phone call, and Adam accuses his father. 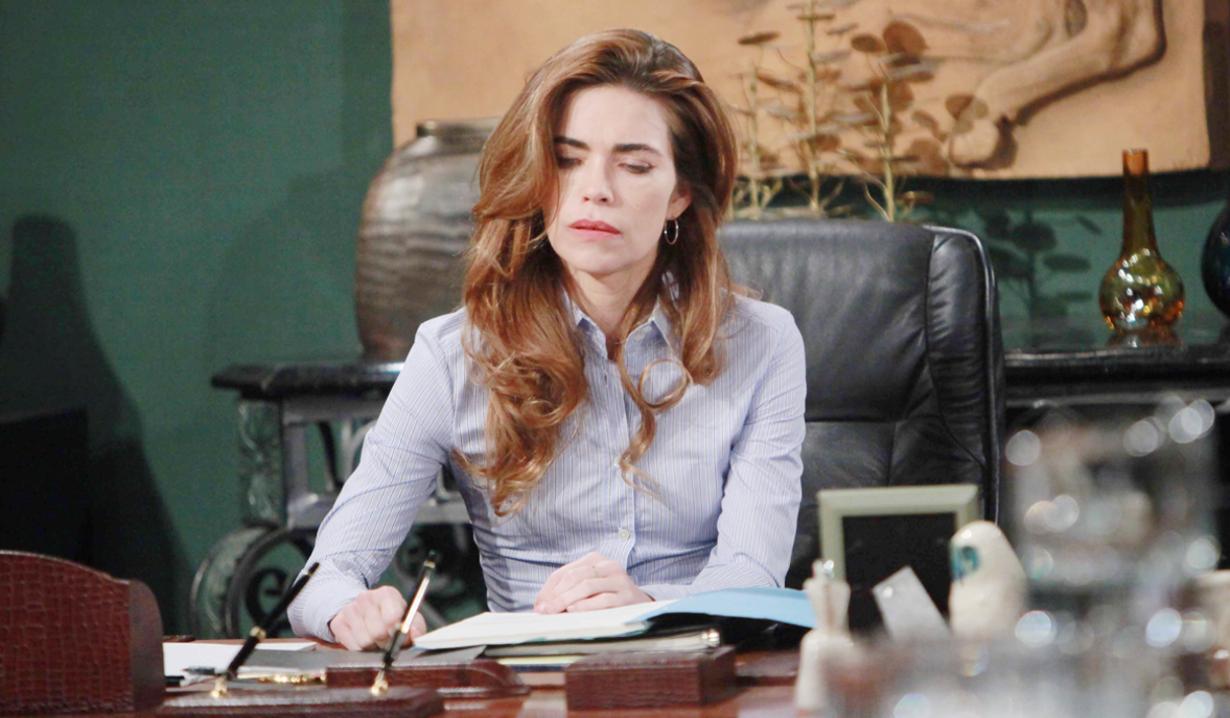 At the penthouse, Chelsea and Adam reflect on Sage’s voicemail and wonder what she meant that she needed to talk to him about Christian. Adam speculates that maybe she found out he was Christian’s father. He figures she felt betrayed and is now dead because of him. Chelsea protests it was a horrible accident. Adam feels him playing God cost Sage her life.

At the wreck site, Nick acts out by hitting Sage’s car.

At Sharon’s house, she and Dylan take Paul to task for interrogating her. Dylan reminds Paul they know what happened – Sage was using her phone and got distracted. Sharon gapes. “Sage was on her phone?” Paul and Dylan tell her she left a voicemail… Sharon says Nick didn’t mention it. Dylan says it was for Adam. Sharon wonders about the message. Dylan says Adam deleted it. Paul wonders why she assumed Sage was calling Nick. Later, Dylan insists Paul is just trying to get closure for Nick. Chelsea arrives. They can’t believe Sage is gone. Sharon recalls that Sage had a close bond with Adam. Chelsea reiterates that she didn’t hear the voicemail. Dylan hopes Sage is at peace with her son.

At Hank’s Bar, the bartender remarks on Victoria playing the same song on the jukebox. She says it brings back memories and her previous tears were due to a bad day at work. He asks, “What’s his name?” Victoria is irritated, but then apologizes; there was a death in the family. As they talk, Victoria pretends she’s a receptionist. The bartender introduces himself as Travis. She shakes his hand. “Tori.” She wonders if he gets tired of sob stories. He says it’s like a country song – heartache, jail time, and car wrecks. Vikki laughs that her life is a country song. Travis sees strength in her eyes. They talk about a businessman who is ‘slumming it’ nearby. Travis makes it clear he doesn’t sympathize with his type.

At the state pen, Jack visits Victor, who tells him he knows about Sage’s demise; he’s wasted a trip. Jack wants to set aside the family animosity now that they’re all grieving. Victor wonders how Adam’s taking it – they had a special bond. He explains that Sage cared for Adam and brought him back to Chelsea and Connor. Jack wants to talk about revenge. He says Billy buying Brash & Sassy could be the death knell for his relationship with Victoria. Victor clearly doesn’t care. He warns Phyllis and Billy will pay, and tells Jack sometimes it’s too late to get off the merry-go-round. Later, Adam arrives to see Victor, who says he’s sorry about Sage. Adam notes that it means Nick’s in no condition to run Newman; he’s suffered a tremendous loss. Victor needles. “So have you.” Adam says Nick lost more. Victor notes that Adam let Nick believe he was Christian’s father – he thought about family. Adam accuses Victor of telling Sage the truth about the paternity. He explains about the voicemail and says Victor was the only one who knew. Victor points out it makes no sense for him to have told Sage, and the secret has gone to the grave with her.

At the Club, Billy complains to Phyllis about Victor. She tries to talk to him about Victoria, who needs someone to care right now. Billy argues that she doesn’t want him anywhere near her. He wonders why she’s trying so hard to play matchmaker. Later, Jack joins Phyllis and laments his inability to get through to Victor. Phyllis has also been trying to do good by convincing Billy to reconcile with Victoria. Phyllis tells Jack she also wants to fix their marriage. She feels if Sage’s death brings Billy and Victoria back together, anything is possible.

At Newman, Nick is railing at Victor’s portrait about their suffering when Billy enters. Nick snaps at him, but he just wanted to say he was sorry…he knows the feeling of standing on the side of the road completely helpless. Nick talks about sins of the father and how everyone they love suffers. Victoria arrives. Nick says the curse applies to them too – it’s keeping them apart. “Do something about it.” Victoria sends Billy packing – there’s nothing he can do to help. Nick decides that there’s no curse keeping them apart – they’re doing it themselves. He urges Victoria to pursue happiness – stop living Victor’s life and live her own. They talk about Sage. Nick laments coming back to work like a loyal Newman soldier and urges Vikki not to make the same mistake he did.

As Victor’s voice reads ‘For Whom the Bell Tolls’, Victoria bandages Nick’s hand at Newman, Adam visits the wreck site, and Jack ponderously turns his wedding ring at the Club.

At Billy’s place, he tells Phyllis that what he and Victoria had is over and she’s got to stop trying to put it back together. Phyllis keeps pressing the point. Billy won’t live in the past – Sage’s death taught him it’s about right here and right now; what’s right in front of him. “What I can see, what I can touch, what I can feel.” Billy pulls Phyllis into a passionate kiss. Phyllis eventually pulls away and leaves.

Lily says to Abby, “Max is a kid. What you’re accusing him of, that’s the kind of thing that can wreck a marriage.”
Max lets himself into a darkened office and looks up at a computer screen.