Summary for Monday May 2, 2016: Nick’s family offers support, Summer is furious at Luca being disrespected, and Paul presses Sharon for more information. 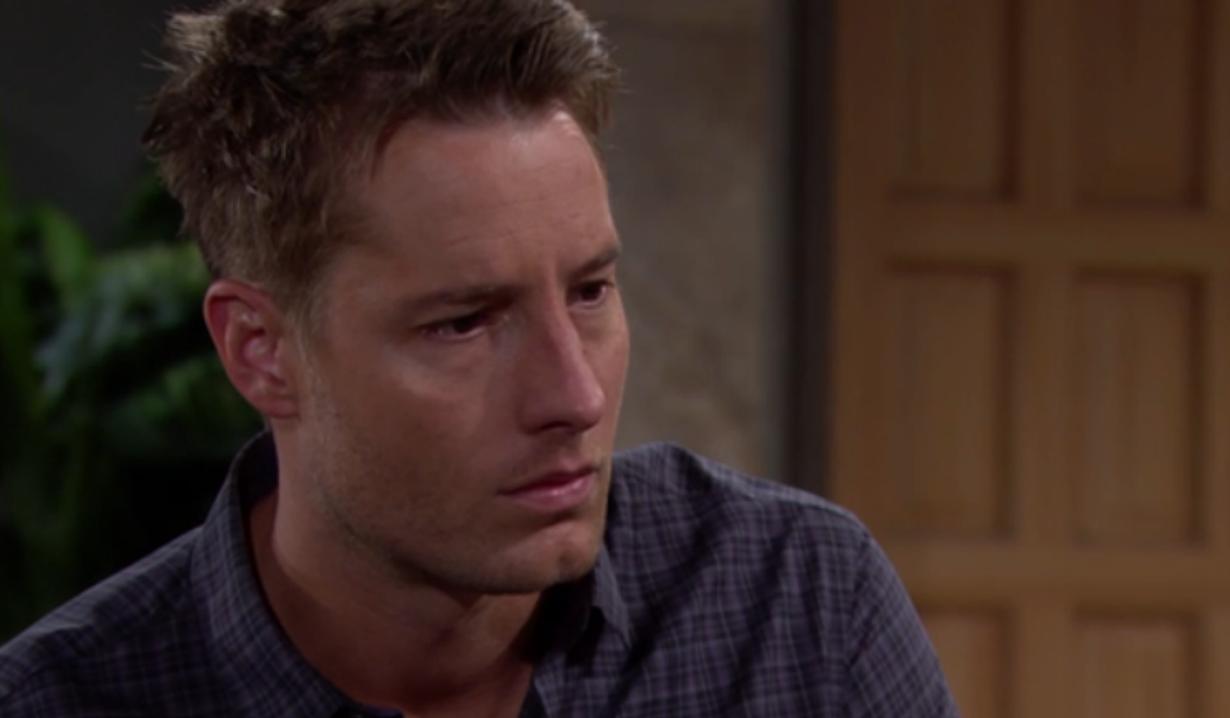 At the penthouse, Chelsea calls Sharon about work and learns that Sage died in a car crash. Adam enters and Chelsea breaks the news to him. They reflect on how Sage brought Adam back to life, and back to Chelsea. They debate about him not telling her the truth about being Christian’s father. Chelsea thinks Adam gave her a gift by keeping mum. When Chelsea goes upstairs, Adam realizes he has a voicemail from Sage.

At Sharon’s house, she asks the baby to understand why she’s doing this. “You will have a beautiful life, Sully.” Dylan appears and asks how she’s holding up. Faith comes downstairs and asks why Sharon’s crying. Sharon and Dylan tell her Sage passed away. Faith cries. Dylan tells her Faith gave Sage a chance to be a mom. Sharon looks uncomfortable. Faith wants to see Nick. Dylan urges them to go see Nick, and take the baby too.

At Newman Enterprises, Summer and Luca have a meeting with Victoria, but Noah tells them she’s with Nick. He breaks the news about Sage. Summer and Noah leave for Nick’s. Once alone, Luca enters Victor’s office, and tells his portrait his family is falling apart without him – that’s just what he wanted.

Victoria comforts Nick at his apartment. Summer and Noah arrive and Nick tells them he just wants to be alone. They leave as Sharon arrives with Faith and the baby. Nick and Faith talk about Sage being in heaven with Christian. Faith worries that Christian will want his daddy with him too. Nick reassures her. Faith goes upstairs and Nick asks Sharon what happened when she found Sage. Sharon flashes to Sage asking her to promise to tell Nick about the baby. Nick asks for her last words. Sharon lies that Sage didn’t even know she was there. Nick wonders why Sharon didn’t call him. Sharon wanted to protect Sully. Nick tells her to keep him safe. She says, “Always.”

Noah, Summer, and Victoria return to Newman and find Luca in the office. Summer informs Victoria that Luca wants to offer his services to the company. Noah and Victoria nix the idea. Luca goes. Summer angrily tells Noah he’ll start treating Luca with respect. She makes another pitch for Victoria to hire Luca. Victoria says they can’t trust him. Summer protests that Victoria tried to bribe him out of her life, so she owes them both. Once alone, Victoria admits to Noah that she bribed Luca – it wasn’t her finest moment. She warns Noah she’ll need him to step up, and then sends him back to Nick’s. Victoria then reads an article questioning if she has what it takes to run Newman.

At the station, Paul has Sage’s cellphone. When Dylan arrives, Paul tells him Sage was initiating a call right before the accident happened. Dylan wonders if it was to Nick, but Paul says Sage called Adam. Dylan mentions Sharon told him Sage had been at their house for a business meeting before the accident. He decides he’ll talk to Adam about the call.

At the penthouse, Chelsea finds Adam holding his phone. Dylan arrives, and asks why Sage called Adam before she crashed. Adam says Sage was looking for Chelsea, and he deleted the voicemail. Once alone, Adam tells Chelsea the voicemail was for him; Sage sounded terrible, and desperate to talk to him. Adam plays it for Chelsea. “Damn it, where are you? I need to see you. It’s about Christian.”

At the Club, Summer tells Luca she ripped into her aunt and brother after he left. She’s thinking about leaving the company. Luca blurts, “You have to stay at Newman.” He tells Summer that with his tutelage, by the time Victor gets out, she’ll be calling the shots.

At home, Sharon answers the door to Paul, who asks her why she didn’t tell him last night that Sage had been at her house. Sharon stammers that she didn’t think it was important. Paul presses Sharon about Sage’s state-of-mind and behavior when she left. Sharon snaps at him as Dylan enters.

Victoria returns to the neighborhood bar, orders a tequila, and plays the jukebox.

At the accident scene, Nick sits crying by Sage’s wrecked car and flashes through their romance. He picks up a piece of metal and savagely attacks the car.

Adam says to Chelsea, “Maybe she was on her way over here to talk to me. Maybe she just wanted to hear me say I was Christian’s father.”

Jack tells Victor, “Setting in motion the sale of Brash & Sassy could be the death blow to their relationship.”

At the bar, the handsome bartender holds out his hand to Victoria. “I’m Travis.” She shakes his hand. “Tori.”