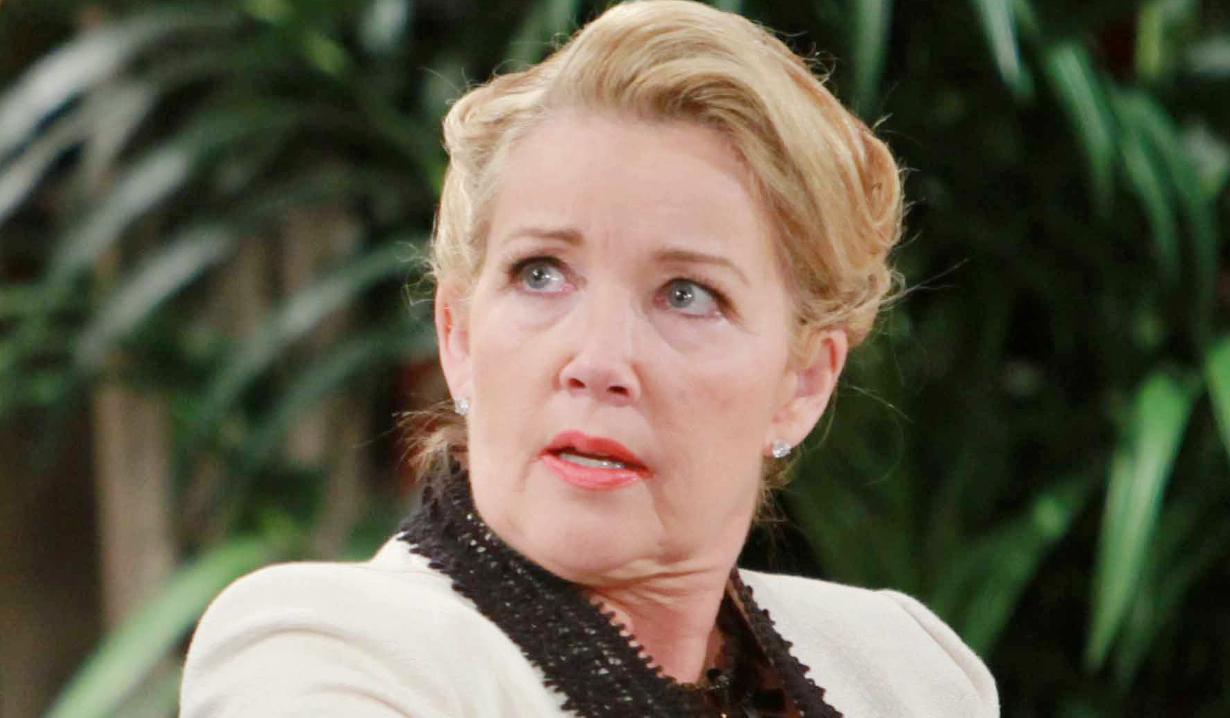 At the Club, Michael subpoenas Jack at the bar. Jack calls him out for working with Victoria and they argue. Michael says Phyllis and Billy behaved unscrupulously and there’s no point in blaming him. Nearby, Lauren tells Chelsea she’ll put in a big order from her line. Chelsea is distracted due to worrying about her husband. She tells Lauren that Victor is still manipulating him. Lauren advises she give Adam a break, and talks about being in the Fisher-Baldwin clan. Victor will always be in Adam’s life. Lauren then meets up with Michael, who is worried about Kevin getting dragged into the Abbott and Newman battle. Lauren reassures him.

At the penthouse, Sage encounters Adam while looking for Chelsea. He asks how she’s doing. Sage admits there’s a hole in her heart that may never get better. Adam advises her to take as much time as she needs to grieve. They talk about Nick and the failed adoption. Sage marvels that Adam always understands this stuff. Adam flashes to telling Chelsea that he mourned Christian alone. Sage tells him he’s a really good friend.

At Sharon’s place, Dylan tells her he has to meet Adam at the coffee house. She wants to come along. Dylan wonders if she’s worried about having another bad dream. Something is upsetting her about the night Sully was born. They embrace. Dylan feels she’ll get past this with good sleep. They admire the baby and Dylan kisses her for giving him everything he ever wanted.

At Newman Enterprises, Nikki, Victoria and Nick discuss Victor getting shanked and being stubborn. Nikki is constantly terrified with Victor in prison. They talk about pushing him too far. Nick and Victoria feel they always come back together. Nikki leaves, and Victoria tells Nick the situation in prison is worse than he thinks. Victoria relays that Victor told Adam he thinks he’ll die in there. Nick isn’t entirely convinced that Adam’s motivations were pure, but Victoria insists he was very concerned. Jack arrives. He insists Victoria reconsider his deal. The three of them squabble. Jack accuses Victoria of wanting to put Billy in his place and of acting like her father. She asks him to go. Nick steps out with Jack, who urges him to talk to his sister – this lawsuit is good for no one. Nick rejoins Victoria and appeals to her to end this, but she isn’t willing to let Billy and Phyllis away with their actions. Nick warns her to keep her guard up with Adam.

At the state pen, Ian notes Victor hasn’t been eating and worries about his vitality. Victor shows Ian he’s as strong as ever by grabbing him by the shirt. Ian exits and the warden approaches Victor. He wants information about the attack, but Victor refuses to snitch. Later, Victor summons Ian to his cell to get the scoop on the warden. Ian believes the warden cares about the inmates, but can’t protect them 24/7. Ian reveals that he envies Victor having a family. He talks about making it out of there alive. Later, Victor flashes to happier times with Nikki. The lights go out and a deep voice chuckles that Victor is a dead man.

Nikki arrives at the Club and downs a drink she spots on a table. Sage arrives and Nikki goes on about the failed adoption and offers to use her money to find her another baby. As Chelsea looks on, Sage snaps that it’s a baby, not an accessory. Nikki next runs into Michael and Lauren. They noticed her altercation with Sage. Nikki can’t talk about it – it’s all too much.

At Crimson Lights, Adam holds the baby and talks to Sharon and Dylan about Sage and Nick’s loss. Once alone, Adam tells Dylan he wanted to talk about Victor…and his impending death. He confides that Ian Ward is the one out to get him. Dylan groans. He thinks other inmates are likely after him too. Adam worries if someone kills his father, he’ll react. He needs Dylan’s help. Dylan marvels a little at Adam’s honesty, and tells him he’ll look into Victor’s protection. After, Dylan tells Sharon he’s involved with the Newmans like it or not. He calls the prison warden to warn him about Ian; Victor’s life is at stake.

Sage arrives at Sharon’s place and wants to hold Sully. She goes upstairs, and comes down to find Nick has arrived. He asks if she’s okay. Sage grins at the baby. “I am now.”

At the penthouse, Adam updates Chelsea on his meeting with Dylan. They discuss him not feeling fulfilled unless he has the Newman life, but Adam insists he’s walked away.

At the hospital, Nikki tells Jack, who realizes that she’s been drinking, that she ran into the street and got hit, but has minor injuries. Nikki ignores a call from Victoria. She doesn’t want her family to know. “Please keep my secret, Jack.”

Leslie says, “Do you swear to tell the truth?” Billy replies, “And nothing but the truth so help me God.” He and Victoria look at each other across the table.

Nikki tells Jack, “I’m asking you for help.” Jack replies, “No, you’re asking me to lie; to cover for your mistakes.”

Victor asks Ian, “So you have a plan to get out of here?” Ian grins. “You’re paying attention now!”
Feel free to visit Y&R late-breaking news, Y&R comings and goings, and Y&R spoilers. 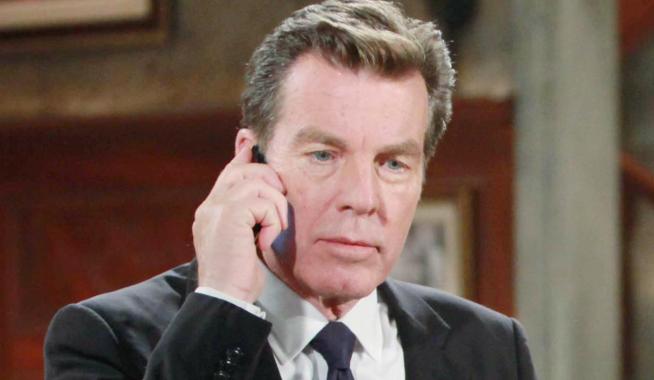 Y&R Day Ahead Recap: Kevin offers Summer a way out, as Billy and Phyllis are deposed 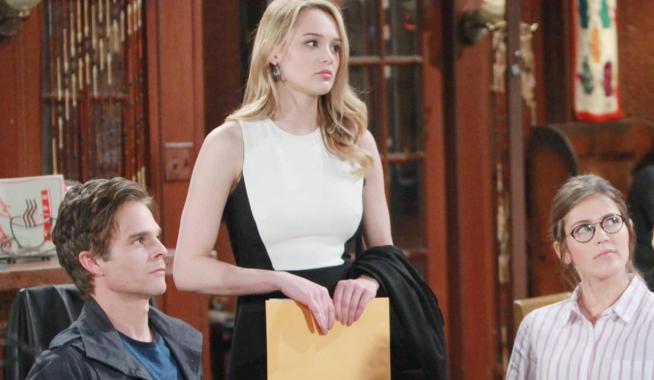