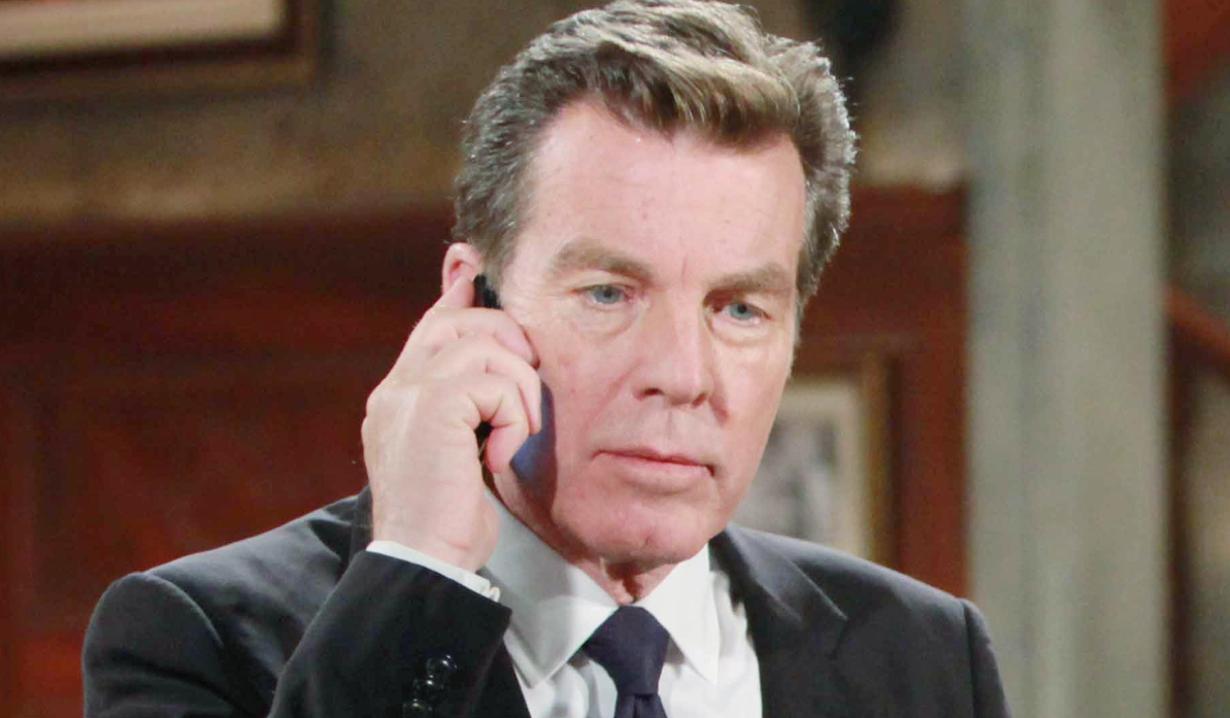 At Billy’s place, Kevin, Natalie, and Mariah are freaked out about having to testify about Passkey. Kevin wants to know how Billy will get them out of it. Billy tells them to lie. They’re unimpressed. Billy says no one actually planned to dupe Victor – he looks at them pointedly. “Not that you can recall.” Natalie thinks they can pull this off; install a new truth into their hard drives. Kevin remains reluctant – he’ll have to lie to his brother.

At the Club, Phyllis and Jack are discussing the Passkey lawsuit with a testy Michael, who calls Phyllis out for never mentioning Passkey and the millions she stood to make if Victor was locked up. Phyllis gets upset and Jack intervenes. Michael’s past crimes are being brought up on the Internet and he’ll do no more favors for Phyllis. Jack tells Phyllis her poor choices are coming back on her. He announces Billy isn’t calling the shots anymore; he’s going to straighten this out now. In the dining room, Lily and Cane talk about what Hilary did to Ashley – it’s disgusting. Devon is not excusing what she did, but protests that he just got her back and she won’t do anything to blow that. He wishes everyone could get past what happened. After, Lily comments to Cane that Hilary is still a backstabber. Later, Billy arrives and confers with Phyllis, who says Jack is furious. Billy is confident about winning the lawsuit, but Phyllis is concerned about a couple of key witnesses, including Summer. When Billy hears Jack stormed out of there he panics that he’s going to rollover and hand Passkey back to Newman. He takes off. Lily and Cane congratulate Phyllis on Passkey, which they’ll use there. After, Lily knows Cane is disappointed Chancellor Industries didn’t get in on it. Cane is just glad to be with her.

At Crimson Lights, Summer is on the phone with Luca about being subpoenaed to testify about Passkey. Nick appears and she hangs up. Nick says he’s back at Newman. Summer chirps about him worrying about lawsuits when Grandpa’s in jail and in danger. Nick advises her not to discuss this with Luca anymore. Summer wonders if she’s supposed to talk to him – he wants her to testify against her mother! Nick says Phyllis shouldn’t get a free pass – she did something illegal. She makes a crack about him testifying against Victor. Nick clucks about letting people get away with wrongdoing. Later, Kevin, Mariah, and Natalie talk about testifying. Kevin is worried Michael will see through him. Summer appears. Mariah asks ‘Snowflake’ if she’ll rat them all out. Bickering ensues about Victor. Mariah is encouraging her to massage the facts when Michael appears. He warns of the perils of lying on their depositions, and then gets Kevin alone. He advises him to protect himself – it’s not his fight. On the patio, Natalie and Mariah tell Summer if they lose this, they have nothing.

At the lab, Abby and Stitch are talking to Ashley, who is excited to have a future, when Hilary arrives and snarks about getting back to work. Abby gapes. “No way.” She tells Hilary she’d better run – fast – before she takes her down herself. Ashley advises Abby not to get caught up in a petty dispute and focus on the work. Hilary talks about a splashy marketing presentation and goes to her office. Abby is stressed out. Stitch announces that Neville’s not there because the ‘good doctor’ is in love with his patient. Ash insists they’re just friends. Stitch thinks he’s not there because he fears she doesn’t love him back. Abby asks, “Do you?” Ashley acts awkward. Hilary emerges and takes Ashley into her office. Stitch questions Abby, who plots to set up Neville and her mother via flower deliveries. Devon arrives in Hilary’s office as she bickers with Ashley. She decides he should have the final say about whether to show off Neville – he sides with Ashley. Hil asks to speak to him alone. Devon wants her to calm down. “Ever since the accident…” Hilary snaps that this is not a side effect, this is who she is and he can’t control her. Elsewhere, Ashley finds a bouquet of flowers from Simon.

At Newman Enterprises, Jack is surprised to see Nick installed behind Victor’s desk. They discuss the Passkey lawsuit. Jack proposes a deal – they drop the lawsuit if Jabot cuts them in on the profits. Billy enters and says it’s not happening. Jack and Billy bicker. Jack urges Nick to take this to Victoria. Billy says she doesn’t want it.

At the Club, Phyllis tries to referee between Jack and Billy who are arguing heatedly. Cane reminds them they’re in public. They sit. Cane returns to Lily, who thinks he’s missing the business world. He is focused on family. At their table, Phyllis tells Billy that Jack is trying to protect them with the deal. Nick appears. Victoria won’t accept the deal; the lawsuit stands. Phyllis asks if Nick wants to discuss Summer now or go back to his sister for more marching orders. Jack angrily tells Billy this is on him, and storms off to Jabot.

Throwback Thursday! Remember when Victoria slapped Victor across the face?

Dylan says to Adam, “One thing Victor made clear in our conversation was that he’s willing to take matters into his own hands.”

Victor tells Ian, “I’m as strong as ever.” He grabs him by the shirt and asks, “Want to find out?”

Nick asks Victoria, “Do you have news about Dad?” Victoria replies, “The situation is worse than you think.” 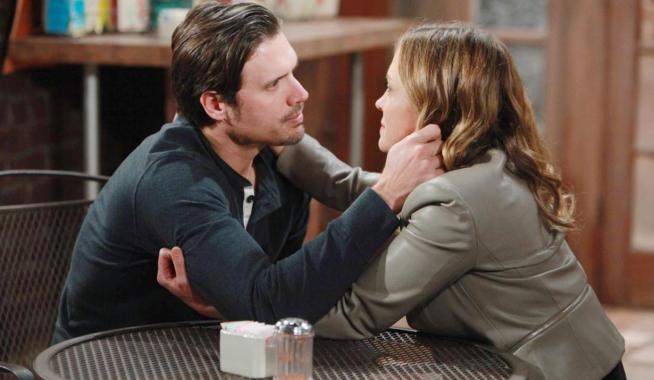 Y&R Day Ahead Recap: The Newman siblings worry about Victor’s company as he returns to prison 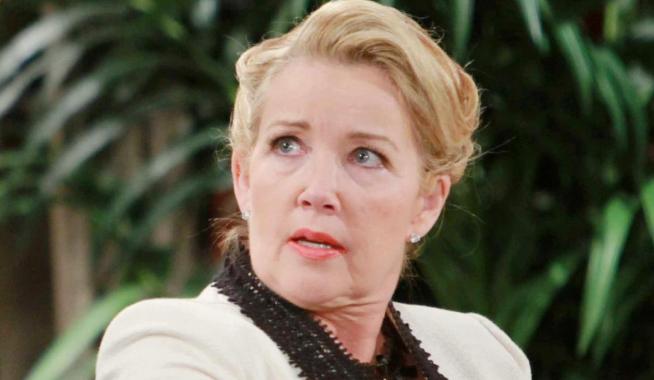