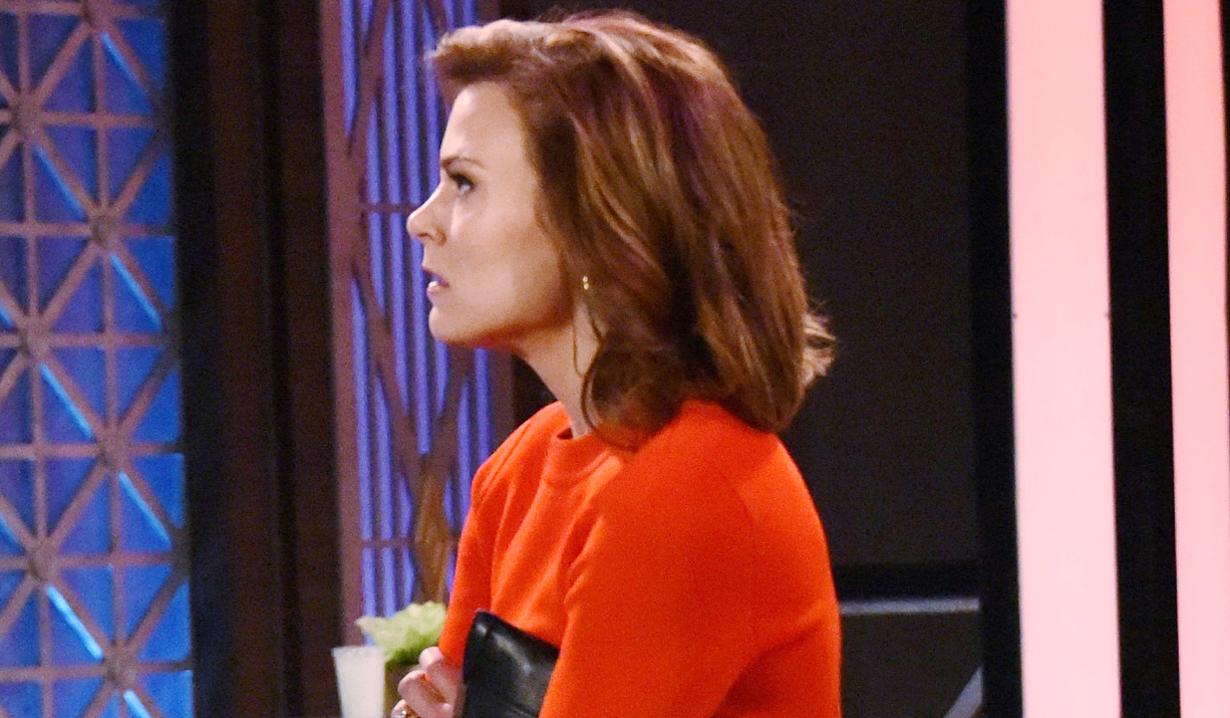 At the Club, Natalie tells Jack she’s looking for Billy. He tells her he’s killing her project. Upstairs, Phyllis brings Billy a hangover cure so he can be in top form for Noah’s trial. Billy swears he didn’t drink. She feels bad about Victoria. He says he lost her because of the choices he made. His family, friends, and Passkey will get him through. They join Jack and Natalie, who complains about her program being scrapped. Billy says it’s not, and he and Phyllis argue with Jack, who rants that Newman could sue them. Billy goes. Phyllis wonders if Jack’s so afraid of Victor he would scrap something that would save Jabot. Jack thinks it’s all so dirty – she could be charged with kidnapping Adam. Phyllis questions if he will tell Adam. Jack would never put her at risk. They keep bickering about Passkey. Jack is concerned with decency. Phyllis thought he knew who she was.

At the Top of the Tower, Noah and Marisa tell Leslie Michaelson they want to put the trial off and get married. Leslie informs them it won’t help; she hopes to make a case for leniency. She takes a call and Luca appears to taunt Noah and Marisa.

At Crimson Lights, Sage, Nick, Sharon, and Dylan discuss Noah’s trial. Dylan leaves and Sharon explains he has to testify. Sage feels bad for Sharon. Nick and Sharon leave. Sage reassures Faith about Noah. Shawn appears. Sage introduces them. Shawn says her apartment was broken into. Sage offers for her to move in with them. Later, on the patio, Natalie tells Luca that Jack wants to quash the project. She’s frustrated and panicking. Luca suggests she work with him – the two of them against the world. Natalie calls him a total snake and storms out.

At the courthouse, Nikki appeals to Elise Moxley as a grandmother looking out for her grandson. Elise reminds her she was willing to tear her family apart – she was forced to admit to an affair and her marriage is over and children are confused. Nikki doesn’t want her to take it out on Noah. Elise warns that for once, it’s time for the Newmans to be a little afraid. Noah, Marisa, Nick, and Sharon join Nikki. Nick makes a speech about Noah being a Newman and being well supported. Leslie says it’s time. Billy arrives as they go into the courtroom. During the proceedings, Dylan and Marisa testify and try to help Noah’s case, but Christine turns it around on them. Billy also lets Noah off the hook and Chris brings up his history with hit-and-runs. Leslie then calls Noah, who says he covered up that he hit Billy after taking the advice of someone who he thought had his best interests at heart – his grandfather, Victor Newman. Christine counters that Victor was the one who turned him into the authorities. Noah says it’s how Victor operates. Moxley allows Noah to continue. He says listening to his grandfather was his biggest regret. Moxley adjourns for a recess to make her decision. Billy tells Noah he can repay him by not letting Victor talk him into anything again. Noah doesn’t want to spend his last hours of freedom there, so leaves with Marisa. Nikki tells Christine she won’t be looking for leniency for Victor. Christine invites her to come forward with any evidence against him.

At Sage and Nick’s place, Faith mentions Fairview to Shawn, who asks Sage, “You were in a mental hospital?” Sage sends Faith upstairs and explains how difficult losing Christian was for her. Shawn supposes she’s about to find out if she can take it. Sage assigns her a bedroom as Nick arrives. He’s surprised to hear Shawn has moved in. He worries that Sage is doing this to keep her close and have more control. Shawn eavesdrops as Nick questions what will happen to Shawn once the baby is born. Shawn blurts that if they don’t want her there, she’ll leave.

In Marisa’s suite, she and Noah undress frantically and make love. After, Noah assures Marisa she’ll become his wife. Downstairs, Billy updates Phyllis and Jack on the trial. Talk turns back to Passkey. Billy and Phyllis insist there will be no lawsuit and want to move forward. They warn they will team up against Jack if need be. Jack hisses that they may be dead set on driving over a cliff, but they shouldn’t expect him to watch.

At Crimson Lights, Dylan thinks Sharon’s upset with him. She tells him she’s worried about Noah, but she’s not angry with him. Dylan hopes Noah doesn’t serve a day in jail. On the patio, Luca tells someone over the phone that it’s a travesty and something will be done.

Victor says to Victoria, “You thought you could run this whole thing without me. You’re getting a little nervous now?”

Faith tells Shawn, “If you miss him, you could always come and see him, right Sage?”

Elise Moxley says, “I’ve made my decision. Will the defendant please rise for sentencing.”