Y&R Day Ahead Recap: Victoria calls a vote to determine the future of Newman Enterprises 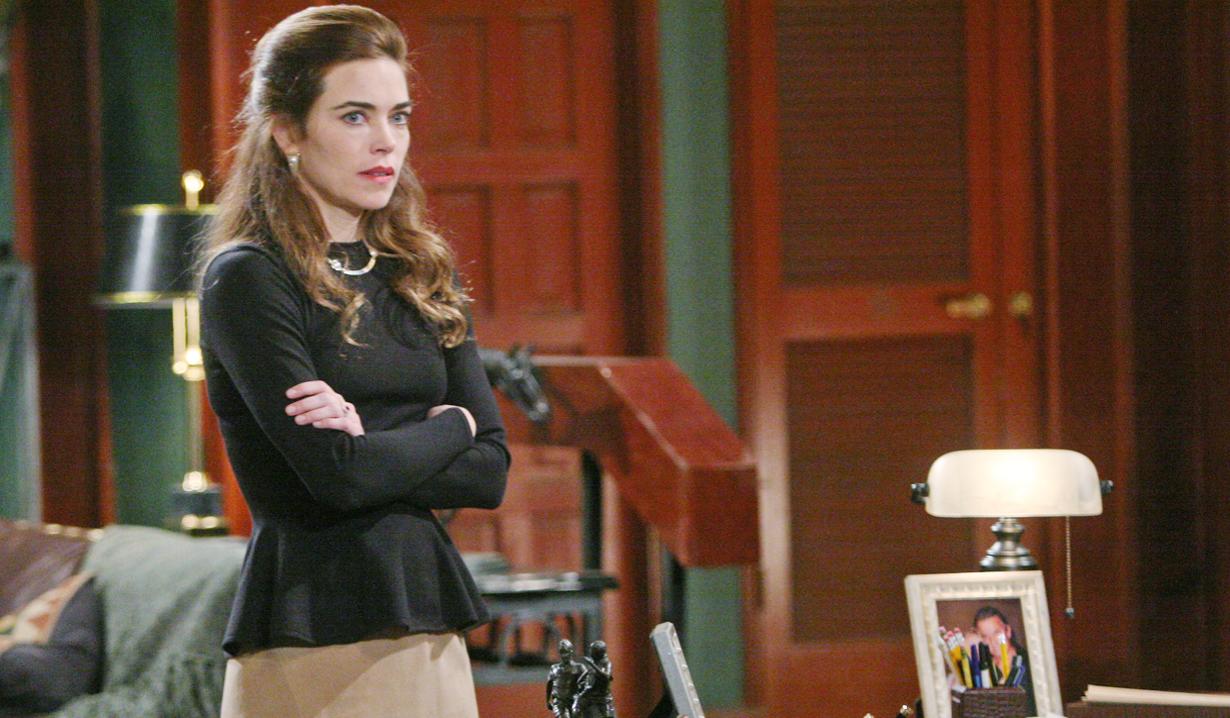 At the Club, Sage and Nick rehash his criticism about the adoption. She needs to know if he can support her. Nick points out Sage sometimes seems desperate. Sage urges him to stop managing her and make sure the adoption goes through. Shawn arrives. Nick excuses himself. Shawn saw Sage and Nick arguing and asks Sage if it happens a lot. Sage explains it was an emotional conversation – they’re still healing from the loss of Christian. Shawn asks if her baby is to save their marriage. Sage insists her marriage is strong, but you have to work through things. No one will love her child more than her and Nick.

At the penthouse, Adam tells Chelsea about the hedge fund in New York and the possibility of moving. He has to go to Newman to vote Victor out. Chelsea notes someone will have to replace him. Is he committed to walking away? Adam admits there could be temptation. Chelsea forbids him to attend the meeting.

In the interrogation room, Summer questions Victor about going after her mom and Jack, which made things worse. They discuss the board meeting. Victor won’t allow them to vote him out. He tells Summer she’s the only one who has visited since his bail got revoked. He is talking about the traitors when he gets severely confused. Summer calls for assistance.

At Newman Enterprises, Abby doesn’t know if she can kick Victor out of the company. She wonders if Nikki and Victoria have thought about the fallout. “It would kill him.” Victoria and Nikki argue their position and list the horrible things Victor did. Nikki says it’s a wake up call so he can’t hide behind the company anymore – it might be his only chance for salvation. Nick arrives, followed by Summer, who informs them that Victor was taken to the hospital. Nikki thinks he’s faking to get the meeting postponed. Summer insists he was sincerely ill. The board meeting convenes. Adam joins them by speakerphone. Victoria updates that Victor is in stable condition and Summer has his proxy. Nikki speaks about her regret that they had to call this meeting due to Victor’s unspeakable acts. Victoria calls for a vote. Everyone votes to terminate Victor’s role in the company except Summer, and Nick, who abstains. A successor must be appointed. Nikki nominates Victoria. Adam assumes no one will oppose, wishes her luck, and hangs up. The others are surprised Adam didn’t challenge. The meeting is adjourned. Victoria thanks Nikki, who heads out with Abby and Summer. Nick tells Victoria they’re all behind her. She admits she split up with Billy, who conspired with Phyllis to sabotage their company. Nick is supportive, but passes on a return; it’s her time to shine.

At the penthouse, Chelsea cheers for Adam being free of the company. They kiss.

At the hospital, Ashley tells Neville she’s feeling crappy all the time. She questions his treatments. Neville refuses to hear of her ceasing treatments – he will find the solution. Stitch appears with Max. Ashley offers to hang out with Max. Stitch tells her Victor’s been readmitted. Ash goes into his room. She tells Victor that Abby is heartbroken over his behavior – she wants him to be the father she deserves to have. After, Stitch joins Victor and they discuss Kelly. Stitch thinks he is just as responsible as Jack, but Victor blames Kelly’s obsession with Jack for her own demise. He suggests Stitch focus on his marriage to Abby. Stitch calls him out for deflecting and insists he and Abby are fine. He’s taking himself off Victor’s case. Later, Nikki and Abby, along with Summer, inform Victor he was voted out. Victor doesn’t blame Abby, just Nikki and Victoria. Once alone, Nikki tells Victor she loves him deeply. He doesn’t want to be ‘saved’ by her and orders her out. In the corridor, Stitch informs Abby he’s off her father’s case, and says Max is with Ashley. Does she want to talk about Max’s impact on their marriage? In Victor’s room, Victoria wants an honest conversation. Victor warns her not to get too comfortable – he plans to retake his position and put her out of the company for good.

In the lab, Ashley and Neville entertain Max with slime. Ash tells Neville she will continue the treatments – she has a lot to fight for. Neville notes her affection for Max and wonders if it’s because he’s his father’s son. Ash insists she’s over him.

At the Club, Nick joins Sage and reassures Shawn of how much the baby means to them. Shawn assures them everything is good now.

Adam and Chelsea celebrate him getting the New York job.

Michael tells Phyllis, “After what he did to you, I will get him convicted.”