Y&R Day Ahead Recap: Victor reacts to being placed under arrest 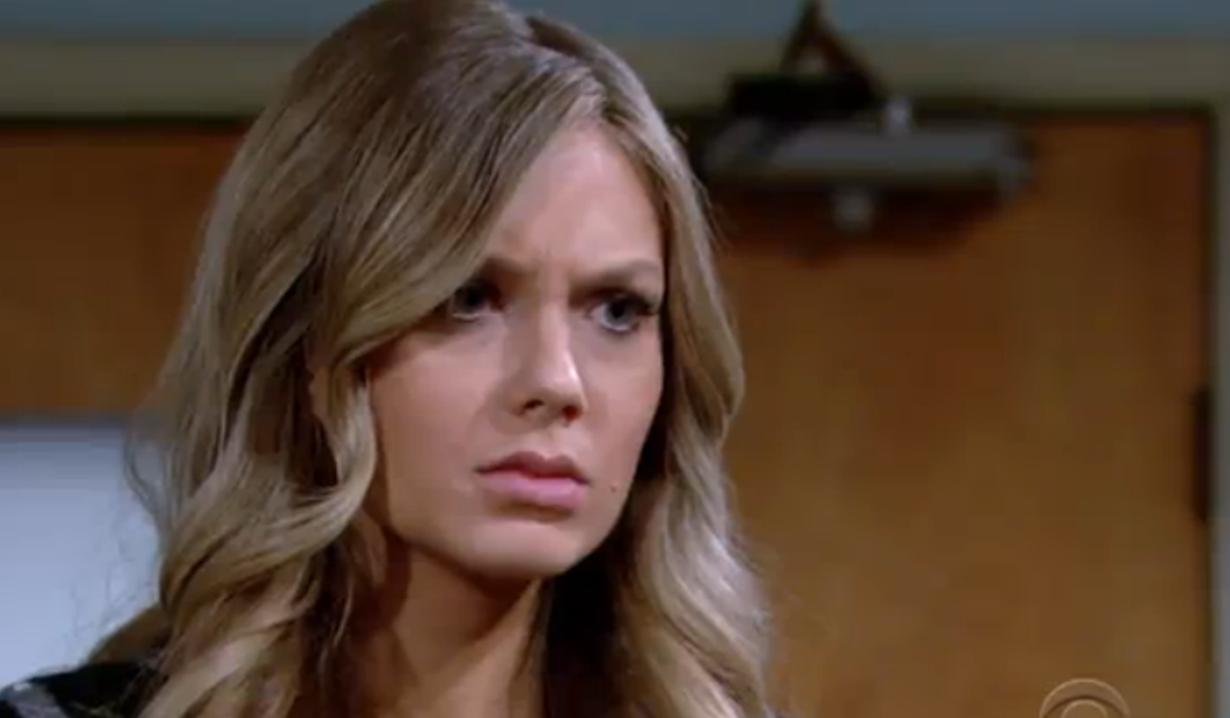 At Newman Enterprises, Victoria invites Victor to explain Marco Anicelli. “What can you possibly say to justify this?” Adam backs her, but Victoria accuses him of helping Victor cover this up. Victor orders Adam out. Victoria confronts Victor about what he did. Victor claims it was complicated. Victoria hollers about his obsession with the company. Victor blames Jack for unleashing Gabriel Bingham and the Paragon Project on them, and Billy Boy for giving her the disc.

At the penthouse, Chelsea tells Nikki that she needs her plan to push Adam to the top of the company to fail. Nikki says Adam will have to find his own way to take on Victor. Chelsea says he’ll do it, and it will end their marriage. Nikki laments not figuring out how to make her marriage work. Adam arrives. Nikki tells him their deal is off and suggests he walk away from Newman too. Adam warns her about the situation with Victoria as she leaves. Adam then lets Chelsea know he’s turned his back on his father and Newman. She asks about the plane to Paris. Adam wants to stay there and hints at something happening to Victor. They make love.

At the Club, Phyllis tells Billy she’s going to the police. “Today is Victor Newman’s last stand.” Billy tells her Victoria might be taking Victor down as they speak. Phyllis muses that blood is thicker than evidence – she can’t imagine her sending Victor to jail. In the dining area, Sharon, with Dylan by her side, tells Paul and Christine she’s relieved Noah’s case is in their hands. Christine says Newmans have been getting off scot-free for years and she’s sick and tired of it. Sharon and Christine argue. Sharon snaps that Dylan has changed since Paul gave him that badge and takes off. Phyllis and Billy stop Dylan by the door. Phyllis has a serious crime to report. After, Paul warns Phyllis they are serious allegations. Phyllis hisses that she wouldn’t put herself through this humiliation if it weren’t true. Christine takes off in case Victor tries to leave town. Paul tells Dylan to question Marisa. In their suite, Noah and Marisa make out in bed. Dylan arrives and asks about Marco. Noah gives Marisa the go-ahead to throw Victor under the bus. Marisa tells all. Dylan worries about Nikki.

At Crimson Lights, Sage is nervous. Nick reassures her as the pregnant teen arrives. The girl, Shawn, learns about Nick and Sage’s history with children. She asks how Christian died. Nick says he was premature. Sharon arrives. Sage introduces her, and invites her to tell Shawn why they’d make good parents. Sharon gushes about Nick’s parenting. Sage and Shawn step out. Sharon asks Nick if he’s sure. He says Sage needs it.

At the hospital, Stitch tells Abby that Max’s teacher told him he started the fight. Abby can relate to being the new kid in school. Stitch has no idea how to help his son. Abby reassures him that he’s a great father.

Paul arrives at Newman and questions Victor about the Marco allegations. Victor asks Victoria to tell Paul there’s no truth to it. Victoria advises Paul that the accusations are true and hands him the evidence. Nikki arrives as Paul places a hollering Victor under arrest. Victor suddenly bends forward and has to sit down. He wants to go to the hospital. Nikki thinks he’s trying to buy time, but Victoria loosens his tie and Paul calls an ambulance.

At the Club, Noah, in the suite, gets a call that Victor’s in the hospital. They run into Phyllis and Billy downstairs and spread the news.

At Crimson Lights, Nick gets a call that Victor’s in the hospital. After, Sage and Sharon chat. Sage is about to join Nick at the hospital when Dylan appears and warns Victor could be facing prison time. He tells Sharon that the family is lining up against him, including Noah. Sharon hears the story and feels bad for Phyllis. Dylan says Victor has no one on his side anymore.

At the penthouse, Adam gets a call from Sage about Victor.

At the hospital, Stitch tells Abby, Victoria, Paul, and Nikki he’ll see what he can find out. Victoria has to explain to Abby why Paul was arresting Victor, but warns she can’t say anything to Ben, who may not want to save their father if he finds out about him using Kelly. Abby feels sick at the story. Noah, Marisa, Phyllis, and Billy arrive. Nick rushes in as Ben returns. Billy and Phyllis speculate about prison time, as the Newmans join Ben at Victor’s bedside. They’ve learned he’s fine and confront him about the Marco debacle. Victor hollers at them all to get out. “You’d be nothing without me! Nothing!”

A tear falls down Victor’s face as he thinks of his family members.