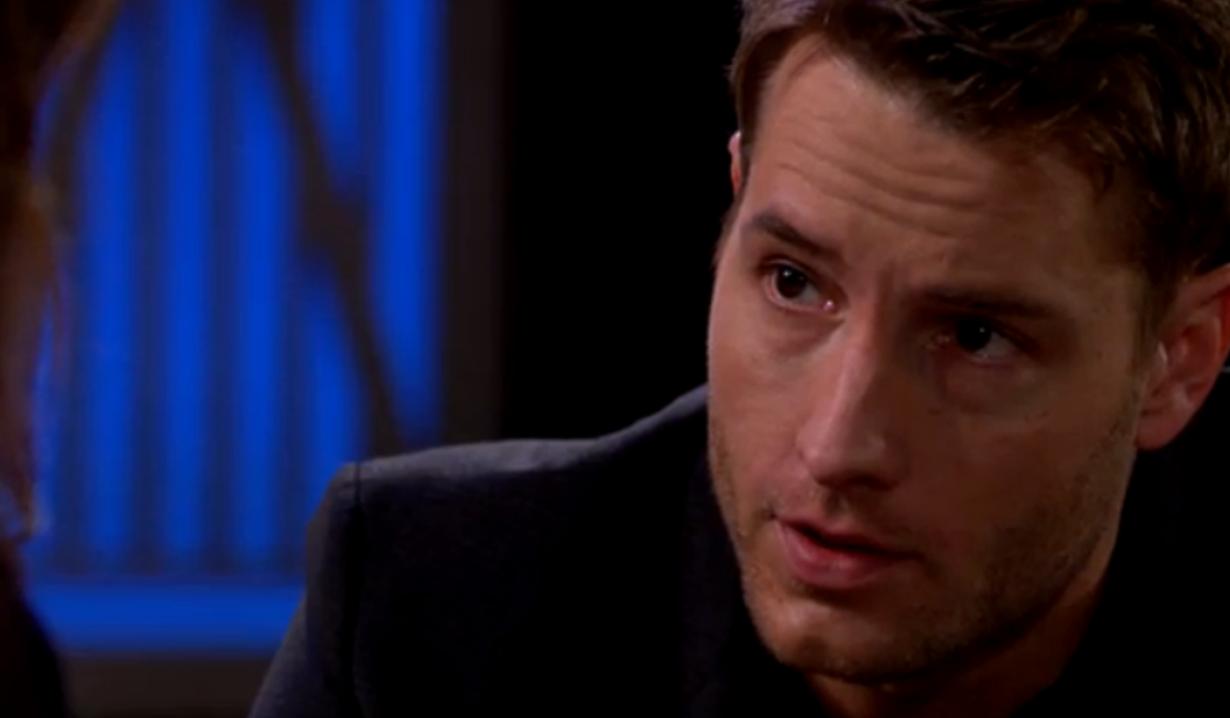 At a Club suite, Jack brings Phyllis flowers and apologizes for telling their secret to Neil and Nikki. Phyllis thinks a part of Jack wanted it out there. Jack says maybe she’s right, and maybe she needs to remember she’s not Victor’s only victim. They argue. Jack has guilt about the people who died, and Phyllis wonders why he punishes himself for what Victor forced him to do. She’s angry and not ready to come home. Jack warns her not to let Victor come between them.

At her apartment, Summer finds Luca on Natalie’s computer and questions him. Luca says he found out Natalie has been texting a certain number a lot. They call it.

At Crimson Lights, Natalie shows Billy a version of PassKey that Victor didn’t see. She gives him something encrypted on a flash drive and assures him she won’t let her deal with him and Phyllis fall apart. Billy’s phone rings – it’s Luca, who says ‘wrong number’ and hangs up. Natalie worries – she forgot to shut her computer down at Summer’s place…and Luca Santori’s there. Billy learns Luca’s been kissing up to Summer.

At Summer’s place, she tells Luca that was Billy Abbott. Luca wonders why Natalie’s been in constant contact with him. They speculate if they’re working together. Summer thought Billy had learned his lesson. She plans to question Natalie. Luca says he’ll deal with Billy.

At Crimson Lights, Natalie gets a text from Summer. Billy tells Natalie to meet Summer, and he will go find Luca. When Summer arrives, she warns Natalie not to try and work around Victor to get another partner that’s more accommodating. Natalie scoffs at the idea she’s trying to screw over Victor Newman. She turns the tables on Summer, asking why she’s hiding Luca. Summer becomes defensive and leaves.

At Summer’s place, Billy confronts Luca about calling him earlier. Luca feels he’s conspiring with Natalie and he wants in…or he’ll go to Victor. Billy calls him desperate and takes a photo to prove Luca’s in Genoa City. Luca wants to make another offer – he has a disc containing something that could take Victor down for good. He invites Billy to ask Phyllis why she hates Victor so much…or he can see for himself. Billy says, “Hand it over.” Later, Natalie returns and Luca tells her they’re partners. He invites her to call Billy to verify.

Summer arrives at Phyllis’ suite, where she tells her daughter she and Jack are having problems, but it’s private. Summer confides that she thinks Natalie is working with Billy behind Victor’s back. In the dining room, Billy confronts Jack for not telling him Victor replaced him with a hired double – he had to find out from Luca Santori. Billy rants about Jack letting Victor get away with it and calls him a coward. They argue heatedly.

At home, Sage awakens from another nightmare in which she’s in a straitjacket and Christian is crying for her. She tells Nick she’s been having the nightmares every night, but doesn’t want to cancel their meeting for today; it could be the one thing that helps.

At the Top of the Tower, Chelsea tells Adam she knows Victor is blackmailing him – it must be bad if he won’t share it with her. She urges him to trust her with the truth. Nick and Sage appear. Sage thanks Adam again for his help during the storm. Adam and Chelsea leave. Nick and Sage meet with a lady from an adoption agency. They are at the top of the list of prospective parents for a pregnant teen in her third trimester. The lady warns the teen could change her mind. Once alone, Sage reassures Nick that she’s strong enough for this. They agree to move forward with the teen mother.

At the penthouse, Adam tells Chelsea that Sage’s baby, Christian, was his son. He bribed the technician to alter the DNA test results because he thought it was best at the time. Chelsea rants about being such an idiot and realizes it’s why he didn’t want to talk about having more children. Talk turns to Victor finding out and exploiting it. Adam can’t undo it; he can only hope Chelsea will forgive him. Adam tears up saying he had no one to lean on when Christian died – he suffered alone. Chelsea embraces him as he cries. She says he’s free now; they can finally leave Genoa City, but then realizes he still won’t leave.

Billy tells Jack, “If you won’t give Phyllis the payback she deserves, then I will.”

Summer asks Phyllis, “What the hell is going on?” Phyllis says, “Billy is not working on this on his own. I am helping him.”

Victor asks Natalie, “How does it work?” She asks, “The program?” He replies, “The camera you put in my office.”