Y&R Day Ahead Recap: Adam rats Victor out to Nikki 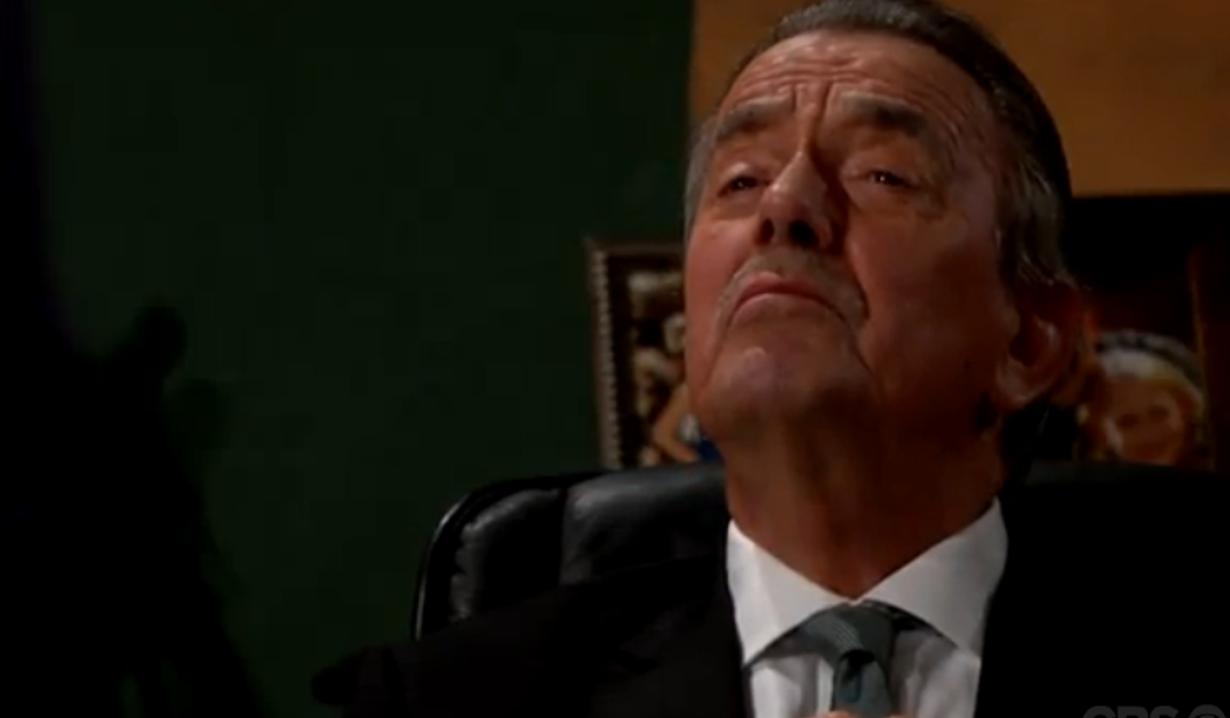 At Newman Enterprises, Victor tells Adam he eliminated Luca’s hold over them by turning in Noah. He doesn’t want Adam involved in what happens next. Nikki arrives, upset about Noah being arrested and in the hospital. Adam says Victor knows – he’s the one who put him there. Adam leaves them to it. Victor tells Nikki he didn’t want Noah with that Marisa woman; he had to bring him back. Nikki is outraged that he though prison was a better alternative. Disgusted, Nikki says she can’t take it anymore and storms out.

At Summer’s place, she’s distracting a grouchy Natalie. Kevin arrives and tells Summer about Noah. She leaves for the hospital. Kevin grills Natalie – he thinks she’s double-crossing Victor. Kevin wants to know how he’ll be getting cut back in. Natalie says it’s a fluid situation. Luca arrives. He wants a progress report. She spouts a lot of technical jargon and Luca leaves. Kevin knows she played him. She claims she’s stuck. He wants her to prove it. She shows him how the bug affects the program. He realizes she is sabotaging her own program. Natalie denies it.

At the hospital, Noah is relieved the truth is out and is eager to apologize to Billy. Victoria wants Noah to tell the police. Sharon says, “Absolutely not.” Nick says Noah is an honest person. Noah explains how he came to cover it up. Sharon is irked when Victoria defends Victor. She and Nick tell Noah that Victor turned him in. Outside the door, Marisa tells Dylan she was driving that night. “I hit Billy.” Nick and Sharon emerge. Dylan tells them Marisa confessed. They tell Dylan that Noah wants to talk to him. Dylan gets Noah’s full confession, but won’t release Marisa. Nikki is there, and Victor arrives looking to see Noah, which causes anger and debate. Summer emerges from Noah’s room and says Noah actually wanted to see Victor. Inside, Noah confronts Victor about turning him in. Victor counters that he conspired against him with Luca. Noah angrily lists the people that have been hurt or killed because of Victor. Victor is teaching Noah a lesson. They argue about Marisa. Noah loves her. Victor issues another warning to Noah about conspiring against him. Outside, Sharon bickers with Victoria who defends Victor again and storms off. Sharon asks Dylan to ‘make things right’ since Billy doesn’t want to press charges. Victor emerges from Noah’s room. Nikki, Nick, and Sharon turn their back on him. Sharon and Nick press Dylan to let this go, but he says it’s not up to him. Sharon growls that his job is clearly more important than their family. Dylan lets Marisa see Noah at Nikki’s request. Nikki warns she won’t sit by and watch Noah go to jail. Dylan warns her to leave it to the authorities. Meanwhile, Noah and Marisa cuddle – they’ll get through this because they have each other. Once alone, Nikki phones someone. “I need to see you, and it’s not a request.”

At Crimson Lights, Chelsea admits to Billy that she knew Noah hit him, but decided not to tell him because he seemed at peace. Billy says he’s letting it go, but is puzzled by Victor turning Noah in. Chelsea explains that Luca found out and used the information to blackmail Victor.

At home, Chelsea fills Adam in on her conversation with Billy. Adam worries there will be charges whether Billy wants it or not. Chelsea wonders if Adam ever stopped to think that Victor could have pinned this on him and ruined their lives. Adam protests. Chelsea sighs over what everyone’s going through.

At the Club, Billy tells Victoria that even good guys like Noah get slammed when they get too close to her old man. Victoria defends Victor. Billy wonders if ‘dear old Dad’ happened to mention the blackmail factor. They argue heatedly. Victoria talks about Noah doing the right thing. Billy snarks that the Newman name is a get out of jail free card.

At Newman, Victor knocks Luca’s cup out of his hands and grabs him by the lapels. “Because of you I had my grandson arrested. Because of you I had to turn against my family.” Luca expects some gratitude for keeping tabs on Natalie. Victor does some shouting and pulls out a gun. He tells Luca to choose – he can leave town on two feet…or in a box.

Summer returns to her apartment and tells Kevin and Natalie that Victor did the right thing by turning Noah in. She feels bad that everyone ganged up on him.

At home, Sharon complains to Nick about Dylan putting Noah in jail. Nick reassures her and they embrace.

Summer fakes having a shower and catches Natalie spying on Victor through her laptop.

Ashley says to Devon, “First you fire your father, and now you’re edging me out too?”

Jack tells Neil, “Victor found some guy in a Peruvian prison who had my face, my body, and my voice…” Nikki listens through the door.