Y&R Day Ahead Recap: Nick and Sharon come together during a crisis involving Noah 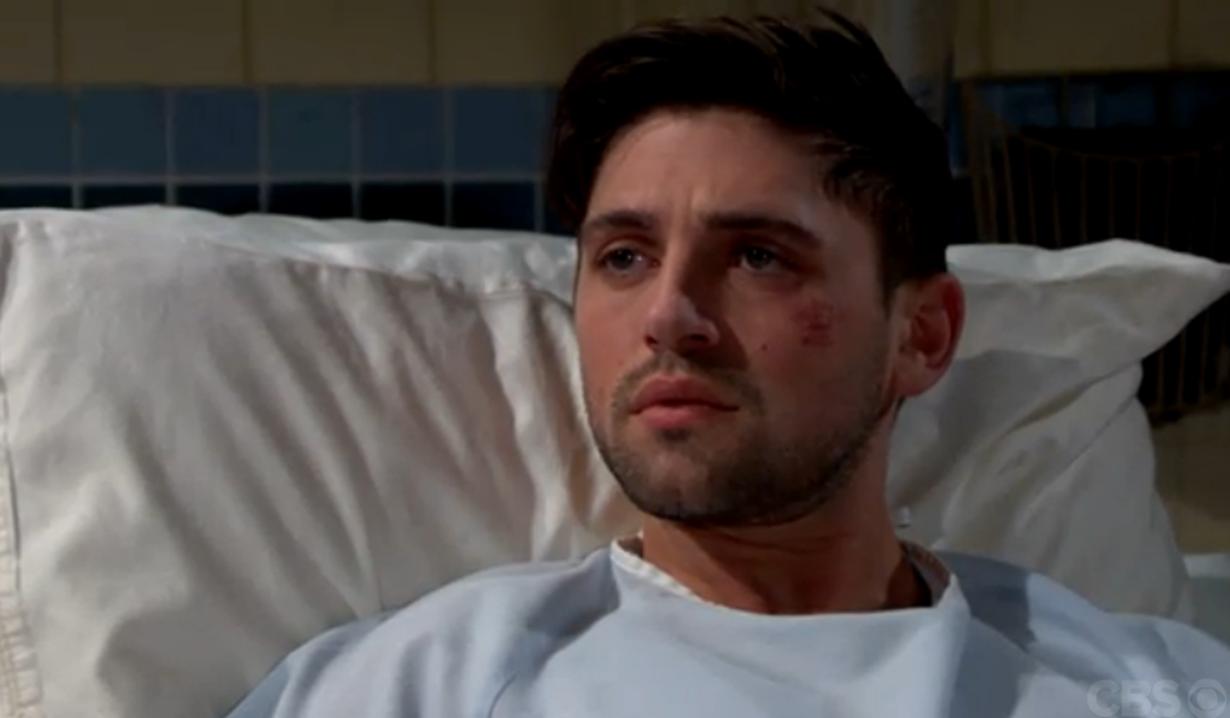 At Newman Enterprises, Paul tells Victor that Noah took off when the island police showed up and had a fall. He’s back in Genoa City and under arrest. Paul questions how Victor knew Noah was guilty. Victor tells him Marisa is the key to the whole mess; she convinced Noah to keep quiet. Victor shows Paul proof that Marisa helped cover the crime. Paul still thinks Victor knew all along – he can’t believe he’s out to get justice for Billy Abbott.

Noah wakes up in the hospital looking beat up. Nick tells him he’ll be okay – they had to give him a sedative before he got on the plane. “You’re home.” Dylan is there. He puts Noah under arrest for the hit-and-run on Billy. Nick advises Noah not speak until he has a lawyer. In the hall, Sharon has no idea what’s happening, but realizes Marisa knows. She can’t believe their Noah covered up a crime and grills Marisa about why they were on the island. Dylan appears and tells them Noah’s having some sort of attack. Amid the commotion, Dr. Shelby clears Noah’s room. Later, Shelby says Noah needs surgery for internal bleeding and should be fine. Dylan tells Nick and Sharon that the tip that led to Noah’s arrest came from Victor. Sharon feels it’s insane to take his word for it. Dylan is just doing his job. Nick storms off. Sharon thinks Dylan should be looking at Victor’s motivation – this is about why he decided that Noah needed to be punished. Nick returns and is glad Dylan left. Sharon tells him Marisa knows more than they do. She says this isn’t like Noah. They’ll have to wait for answers. Sharon and Nick comment on being together on this day since it’s their anniversary. They reflect on their history and vow to protect Noah.

At the Club, Billy and Victoria share their engagement news with Adam and Chelsea. Awkwardness ensues as they kiss. Chelsea admires Victoria’s ring. Adam gets a text from Marisa that Noah’s been arrested. He wants Billy and Victoria to hear this from him, and explains that Noah was arrested – he was the driver who hit Billy. Adam and Chelsea go. Victoria urges Billy to try and remember. Paul and Dylan arrive and question Billy, who flashes to seeing Noah’s face in his car’s side mirror. Billy says he can’t remember anything. Once alone, Billy admits to Victoria that he recalled Noah driving the car. He didn’t tell Paul because he doesn’t want Noah to be punished – he didn’t know he was there.

At Newman, Nick confronts Victor about turning Noah in to the cops. Victor did it to save him. He says Adam and Marisa had convinced Noah to leave the country and not come back. Victor didn’t want Noah with that kind of woman so he made sure he’d come back and face the music like a man. Nick is still outraged. Victoria arrives and says Billy remembered Noah as the driver, but won’t tell the police. Victoria isn’t convinced it’s right. Victor agrees. Nick leaves, angry with both of them. Victoria thanks Victor for letting Billy use the Top of the Tower to propose. Victor doesn’t think it will last any longer this time than it did the last time.

At Crimson Lights, Paul offers Dylan reassignment, but he opts to stay on the case. Paul says he got solid evidence from Victor. Elsewhere, Billy runs into Chelsea. He thinks she already knew about Noah.

At the penthouse, Marisa rants about Sharon grilling her. She says everything was perfect until Adam dragged him back to Genoa City. Adam says it was Victor – he was forced to tell him because Luca threatened to tell Victor about his alliance with Noah. Adam insists he told Victor to drop it. Marisa yells that he sold Noah out and slaps him. Chelsea steps in. “Hey!” She shouts at Marisa to go find Victor. Adam thinks that’s a bad idea.

Adam arrives at Newman and confronts Victor about calling the cops on his own grandson. Victor says Noah has to learn that his actions have repercussions. Adam accuses him of treating Noah the same way he did him. Victor calls the shots.

Nick returns to the hospital and learns Noah’s surgery went well. He tells Sharon that Billy remembered Noah driving the car, but isn’t planning on pursuing it. They still need to be prepared. They join Noah, who says he’s in trouble. Victoria enters the room. She tells Noah it’s time for him to own up to what he did. In the hall, Dylan confronts Marisa with the evidence – a photo of her getting rid of Noah’s tires.

Kevin asks Natalie, “Are you sabotaging your own program?’

Nikki tells Adam and Victor that Noah’s been arrested and he’s in the hospital. Adam informs her that Victor’s the one that put him there.

Posted 37 mins ago
Posted on: Deadline