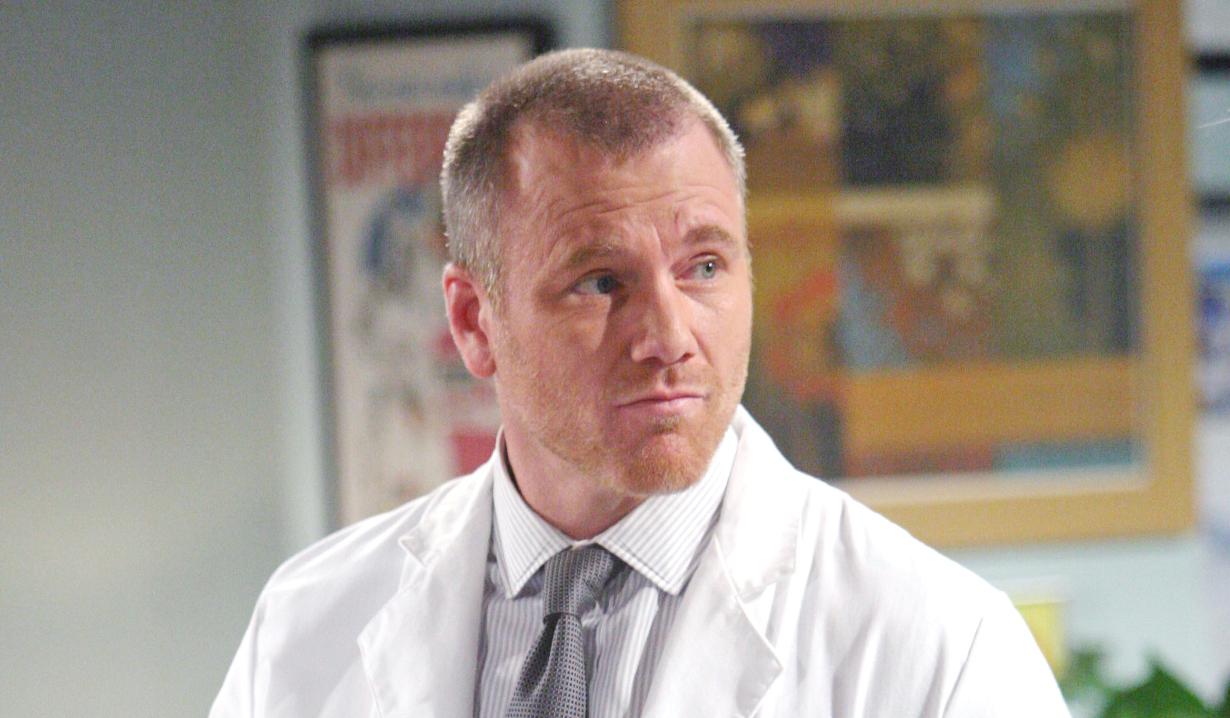 At the Club, Devon helps Neil up off the floor as Jack looks on. After, Jack asks Neil how much he’s had to drink. Neil insists he’s sober. Jack is skeptical. Neil tells him there’s nothing ahead but blue skies and sunshine. Hilary and Devon watch. Devon worries Neil has been drinking. Hil says Jack will help him. Nearby, Natalie points out that Summer and Abby are dateless on Valentine’s Day. Abby snarks that her husband is not standing her up. She suddenly feels sick and takes off. Phyllis greets Summer and Natalie. She warns Summer not to make her grandfather’s wishes a priority. Summer leaves, warning Natalie not to stay out too late. Phyllis whispers with Natalie about the plan to get Victor to drop her. Phyllis has no intention of letting Newman claim Summer’s soul. She rejoins Jack, who is listening to Neil enthuse about Neville’s project. Once alone, Jack asks why Phyllis was talking to Natalie. She complains about Victor pulling Summer into his web. Jack reassures her. Upstairs, Hilary offers Devon a massage. He’s reluctant and questions her renewed love for him. Hilary urges him to listen to his heart. They kiss and make love. After, Devon dresses. Hilary wants him to believe this is real. Downstairs, Neil calls someone to set up a press conference and finishes the dregs of someone’s scotch.

At the hospital, Ashley bickers with Stitch, who wants to run tests on her. Neville insists it’s just the flu. Stitch argues the flu would have run its course by now – he won’t release Ash until he finds out what’s going on. Ash continues to protest. She insists she’s going home but is too lightheaded. Stitch tells her to stay put and exits. Ash panics about Stitch seeing all the drugs in her blood and finding out. Neville says he will give him someone else’s blood. He finds Stitch, who has just left Abby a message, and hands him ‘Ashley’s’ blood sample. Later, Abby shows up. Stitch enters – he asks to speak to Ash alone and informs her she’s pregnant. In the waiting area, Simon notes Abby is pale. She blames the shrimp puffs and excuses herself. Simon rejoins Stitch and Ash, who informs him tersely that she’s pregnant. Stitch exits. Ash hisses, “Just where did that blood sample come from?” He says it was Abby’s. Ash gasps. “Abby’s pregnant!” In the hall, Stitch tells Abby her mother’s pregnant.

At the penthouse, Chelsea leaves Adam a voicemail wondering why he’s not there – he knows Anita has Connor overnight.

On the tropical island, Marisa wants Noah to ignore Adam’s call, but he takes it. Adam wants Noah to tell him he’s not out to destroy his own grandfather. Noah insists he told Luca he was on his own. He and Marisa are going to stay away – maybe forever. He warns Adam that Victor can’t know he considered turning on him. After, Noah gives Marisa a shell necklace for Valentine’s Day and they make love.

At Newman, Adam tells Luca that Noah claims he’s lying. Luca wonders who he’ll believe. Adam believes Noah. Luca muses that even if he’s backed out, it was his idea. Chelsea arrives and asks Luca to leave. Once alone, Adam starts talking about Luca and Victor. Chelsea doffs her coat and reveals sexy red lingerie and tells him no more talking about work. Adam is wowed. They kiss and make love in the office.

Summer arrives at her apartment to find Luca at her door with champagne. She lets him in, but explains she has a boyfriend. He says he brought champagne to celebrate her job. He thinks it’s very wrong that she’s alone on Valentine’s Day. They open the champagne and discuss Victor. Summer gets tipsy and tells him about the top-secret Internet protocol and Natalie, who arrives and ends their chat. Once alone, Natalie asks what Summer said to Mr. Smarm-a-lot. Summer realizes ‘too much’. Natalie shrugs that there’s not too much to tell anyway, but then pretends she misspoke.

At the Top of the Tower, Adam tells Luca he’s not going to tell Victor about Noah, and Luca is then going to tell him what he wants – and he’ll make it happen. Luca wants Natalie’s Internet security program.

Nick tells Sharon, “You helped me figure out who Sandy really was and for that I will owe you forever.”

Ashley tells Abby, “I’m not in the habit of going to bed with people I work with.”

Neil makes a drunken scene at his press conference.