Y&R Day Ahead Recap: Paul and Dylan disagree about Patty

Summary for Thursday February 11, 2015: Nick confronts Victor, Summer gets a roommate, and Sharon and Sage bond. 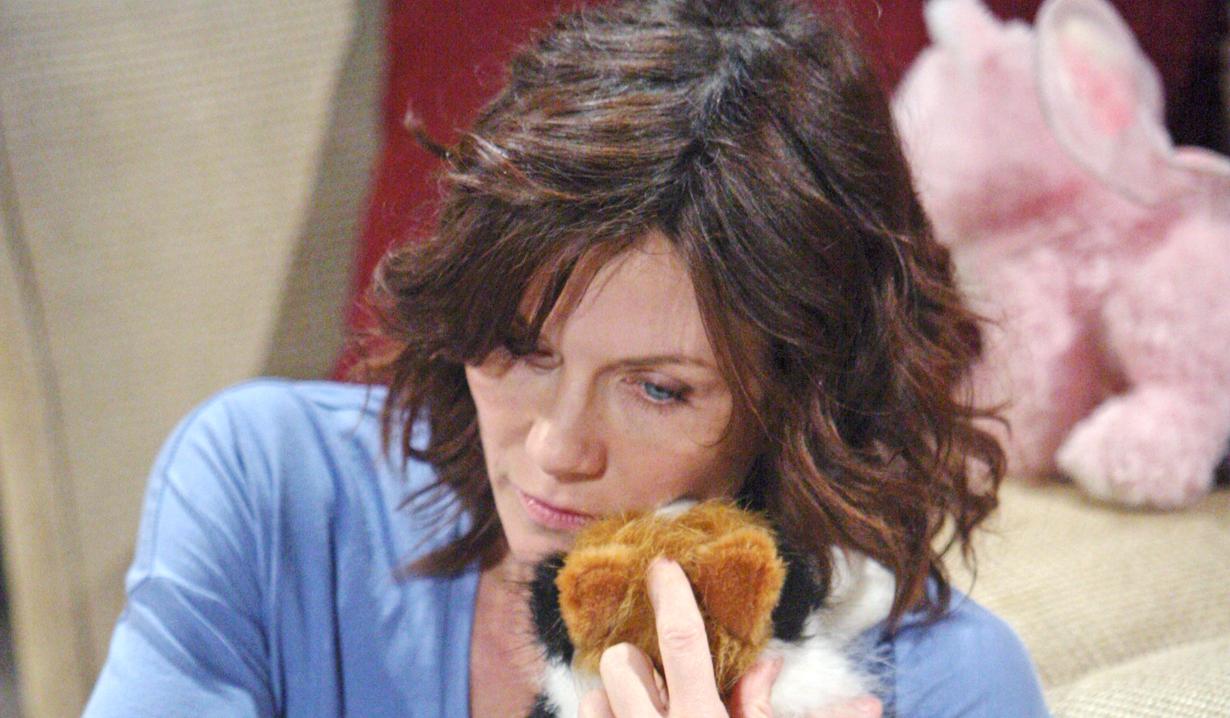 At the Club, Jack questions why Billy and Phyllis were upstairs. Phyllis says she left her phone and it was in the security office, but Billy tells her not to lie for him. He says Phyllis talked him out of visiting Natalie to ask about her Internet protocol. He leaves, and Phyllis lectures Jack about over-reacting to Billy’s moment of weakness. Jack worries he’s obsessed and will ruin his chances with Victoria and the kids. Phyllis warns Jack not to let Billy think he doubts him. Jack says Billy’s an addict, like Neil. Phyllis urges him to back off Billy. In Natalie’s suite, Summer asks her for help finding Max. Natalie hacks into Genoa City’s security cameras and they learn he’s there. Summer calls Stitch to apologize. Natalie tells Summer she owes her.

At Newman Enterprises, Nick tells Victoria and Victor about Dr. Anderson. Victor’s sorry to hear it. Nick says he should be. “This woman’s dead because of you.” He explains that Anderson was Sandy Allen. They argue over Victor paying her off after she became paralyzed. Nick explains how Anderson targeted Sharon, Sage and him. He wants Victor to accept some responsibility. Victor hollers, “The hell I will!” Nick says with Victor’s manipulations someone always gets hurt. He storms out. Victoria knows Victor won’t take Nick seriously. She leaves too. Later, Summer and Natalie arrive. They wonder why Victor summoned them. He says there’s been a change of plans. He wants Natalie to move into Summer’s spare bedroom. The girls grudgingly agree.

At the hospital, Michael tells Paul they can’t keep Patty out of a maximum-security institution unless they find a motive that justifies what she did. Paul just wants Patty to be safe. Michael says Sage has a theory that Patty figured out Anderson’s identity and had to defend herself. Paul laments that there’s no evidence. In Patty’s room, Dylan asks her why she wanted to warn him about Dr. Anderson. He wonders if it’s the reason she killed her. Patty flips out and starts screaming that she’s not a murderer. Paul enters and she settles. In the hall, Dylan is still determined to get information from Patty later. Paul says Patty is dangerous when she perceives someone as a threat, that’s it. Dylan is stunned he’s closing the case – this is family. Paul wants Dylan to accept they’re not going to get all the answers.

At Sharon’s place, Sage arrives and Sharon explains to Faith that Sage wasn’t sick after all – she and Daddy were actually doing some detective work. Faith wants to get Sully, but Sharon asks her to let him sleep. Faith goes upstairs, and Sharon and Sage discuss Anderson and how vulnerable they both were with her. Sage admits she was right about her not being over losing her son. Sharon advises from her experience with Cassie and they bond. Nick arrives, and rants about his frustration with Victor. Dylan arrives and Sharon goes up to get Sully. Dylan updates Nick and Sage on Patty. He disagrees with Paul closing the case. “I think there’s more to it.” Nick does too. Sharon returns with Faith and the baby. Sage holds him. Later, Dylan reassures Sharon that Anderson didn’t hurt them. They agree about trusting Sage. They kiss and start making love.

At home, Billy tells someone on the phone he’s in a rush. When Victoria arrives, he brandishes a rose. “You want me to stop and smell the rose.” He has her favorite sausages prepared, but notices she’s stressed. “What did Victor do now?” She tells him Nick’s blaming her dad for someone’s death and shares the story. They discuss past instances of Victor’s meddling. He hasn’t been able to keep them apart. They kiss, and make love. After, Victoria asks Billy to get married again.

At Summer’s place, she and Natalie bicker. Summer leaves to give her space to work. Natalie calls Phyllis about the new place to meet. Phyllis growls that Summer’s her daughter.

At Newman, Victor gives Summer the job of spying on Natalie to be sure he’s not getting the runaround.

At home, Sage dreams of a crying baby. She opens a door and Patty is rocking the baby and singing Hush Little Baby. Nick calms her when she awakens screaming.

Victoria asks Billy, “Why do I get the feeling that you’re holding something back?”

Luca tells Adam, “If I’m a fool, then so are you and you’re father because you’ve both been played.”

Y&R Day Ahead Recap: Phyllis and...