Y&R Day Ahead Recap: Natalie puts one over on Victor and Victoria

Summary for Wednesday February 10, 2015: Neil’s edginess is noticed, Abby is concerned about Ashley, and Jack questions Billy and Phyllis. 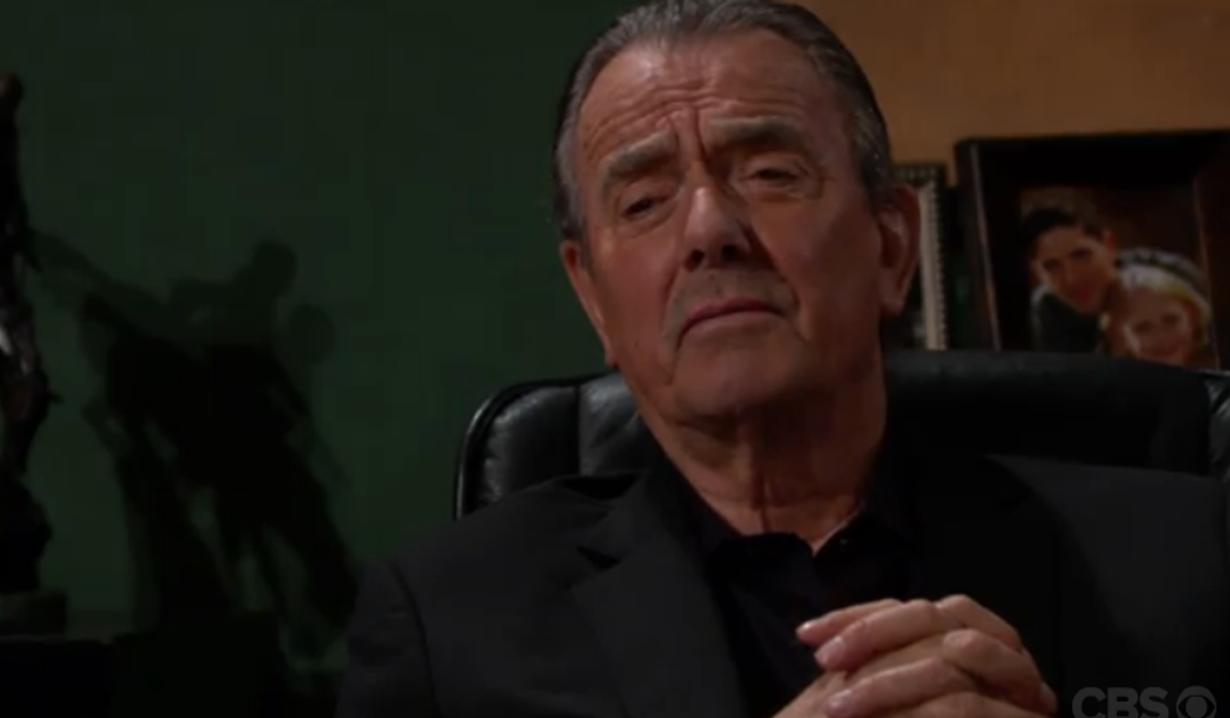 At the Club, Jack, Phyllis, Billy, and Victoria discuss whether Billy should plunge back into work. Billy says he already has. They talk about Victoria working on Victor’s Internet deal. She gets called away. Billy admits to Jack that he still wants in on it. Phyllis hopes it’s a bust and Victor loses his investment. Jack is sure they’ll come up with something better. Once alone, Phyllis and Billy discuss risking everything they love for their plan. They both confirm they’re in, but Billy worries about going behind Victoria’s back.

At Newman Enterprises, Victor hangs up on Natalie angrily as Summer enters his office. She asks for a mega monitor in her office. Victor is bewildered. Summer says she talked to Luca, who was cool with her working there. Victor angrily demands she not talk to that peacock. Natalie arrives. Victor dismisses Summer and confronts Natalie, asking where is the fancy program he paid for. Victoria arrives. Natalie asks if she can demonstrate her program and then proceeds. She shows them a vault with a key on the screen and hits ‘enter’. Her entry is loudly denied. Victor gives her one week to come up with a functioning protocol. Once alone, Victoria wonders if she’s working for somebody else – it feels like she’s hiding something. They speculate about who Natalie’s silent partner could be. Victoria assures him it’s not Billy.

At the Jabot lab, Neville notices Ashley is distracted and clucks that she should be at home resting. She refuses and asks for some medicine to get her through the day. Abby arrives. Elsewhere, Devon bumps into Hilary, who still doesn’t want to sign the divorce papers. She mentions Neil’s been missing work. He appears and reminds Hilary she’s the doctor’s pincushion, nothing more. They note Neil seems on edge, but he insists everything’s great. Neil enters the lab and questions Abby coming on board. Hilary and Devon join them. Everyone thinks Ashley looks pale. Abby demands to know what’s going on with her mother. She wants Ashley to let Ben run some tests. Neville assures her it’s just the flu. Meanwhile, Devon confronts an edgy Neil about being unprofessional. Neil argues with Hilary and Devon until he says, “To hell with both of you,” and leaves. Hilary suggests Devon fire him.

At Crimson Lights, Stitch assures Max he’s thrilled to have him there, but he’s tired of living at the Club. Stitch tells Max he’s having a friend hangout with him for a while. Max is cynical. Summer arrives. Stitch warns her to keep a close eye on Max. On his way out, Stitch calls Abby to meet him at the Club.

At the Club, Natalie summons Phyllis and Billy to her suite. She laughingly tells them what transpired at Newman with Victor and Victoria, who gave her a week to come back with something that works. She shows them her program, Pathkey, and it works perfectly. They are blown away, but agree they can’t keep meeting like this. Once alone, Natalie, who planted a bug in Victor’s office computer, watches as he and Victoria discuss how to monitor her. Victor has a ‘she’ in mind, who is perfect for the job. In another suite, Stitch surprises Abby with candles and quality time. They make love. At the bar, Jack spots Neil drinking and tries to give him coffee. Neil has no fight left in him. Jack mocks him that his grandchildren will make fun of him drooling into his scotch. Neil grabs Jack and hollers at him. Jack muses, “No fight left in you, huh?” Jack sees Neil into a cab and turns back to see Billy and Phyllis descending the stairs. “What were you two doing upstairs?”

At the lab, Neville presses Ashley to leave and rest. She’s tired of being sick and snaps at him. He understands she’s scared. Ash just wants to live. They embrace. Neville admits he’s scared too – she’s his only patient and his boss. Ash laughs and agrees to go home. Elsewhere, Devon tells Hilary that firing Neil might be for his own good. They worry he’ll start drinking again.

At Crimson Lights, Summer and Max return from sledding. She tries to convince him Abby is cool, and then goes back to the park to get his gloves. When she returns, Max is gone.

At the Club, Stitch and Abby are making out in bed when Max enters. Abby rushes to the restroom. Stitch doesn’t believe Max is sorry. “You have no business here and you know it.”

Billy has a rose in his mouth. Victoria asks, “What is that?” Billy beckons her over.

Patty, in a hospital room, screams at Dylan, “I’m not a murderer, I’m not, you’re lying!” Paul rushes in.

Nick tells Victor, “You need to accept some responsibility…” Victor hollers, “The hell I will!”