Y&R Day Ahead Recap: Nick and Sharon come to a shocking realization 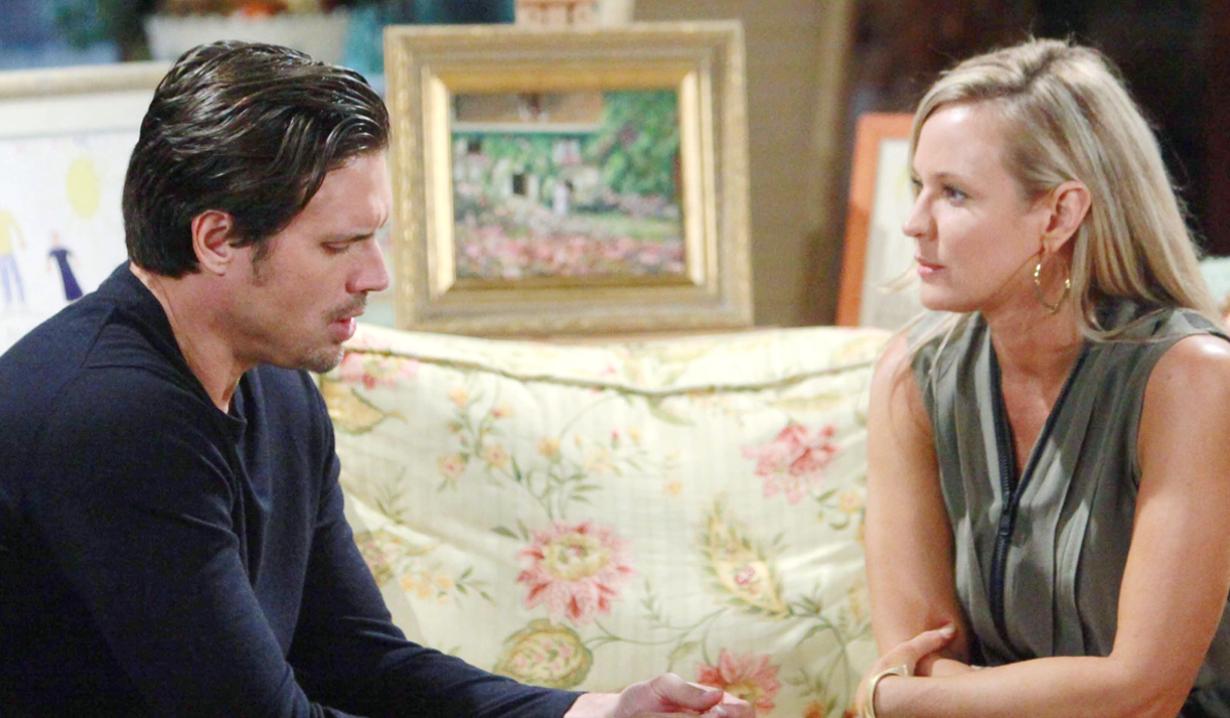 At the penthouse, Adam tells Chelsea he knows who was driving the car that sent Billy to the hospital. “Noah.” He says Luca found out and sprung it on him as he was about to show him the door. Chelsea is appalled that Adam is keeping quiet. “Have you not learned anything?” Adam explains the cover-up happened before he found out. He doesn’t want Noah to go to prison.

At Crimson Lights, Luca challenges Noah’s claim he wants to bring down Victor. Noah insists they want the same thing. He warns Luca that when Victor finds out he knows about the hit-and-run, he’ll crush him. His only chance is to get him first. Summer enters. She’s ready to come to work at Newman. Noah tries to talk her out of it, but is summoned by Adam and exits. Luca buys Summer a coffee and gives her a mock interview for Newman. Summer explains how the Newmans fight, but look out for each other – she wants to be a part of that. Luca muses that he has a lot to learn about her family; maybe she can show him. “You’re hired.”

At the penthouse, Chelsea and Adam argue about him helping Noah. Chelsea doesn’t want him involved. Adam has to keep Noah out of prison and needs her support.

At Newman Enterprises, Adam tells Noah he needs Luca out of the company before Victor gets home. He wants Noah to leave the country so Luca’s leverage is gone. Noah doesn’t like it. They argue until Adam yells that he’ll go to prison. Noah agrees to go.

At home, Billy and Victoria are interrupted when Natalie texts her. Victoria opens her laptop, complains it won’t load, and Billy pulls her into a kiss. Chelsea arrives. Victoria goes upstairs. Chelsea notes that Billy seems well and acts interested in what Billy has remembered. Victoria rejoins Billy after Chelsea leaves. He felt like Chelsea might know something. He worries Adam hit him. Victoria says he was at the Top of the Tower not doing a cover-up. Billy apologizes. They kiss.

At Crimson Lights, Summer tells Noah she and Luca had a very productive evening. After, Noah warns Luca not to bring his sister into this, and tells him Adam wants him to leave the country. He’s staying.

At Sharon’s place, Dr. Anderson wonders what Nick has been telling her. Sharon confides to Anderson that Nick suspects he’s having feelings for her. Anderson can barely conceal her glee. She assures Sharon she can handle this, and hints that Sage may not get better. “Nick needs to look out for himself now.” Sharon talks about how Nick always did the right thing, even in high school. Anderson looks agitated and says, “No. Not always.” She brings up Victor exerting control over Nick. Sharon says Nick has always stood up to Victor. Anderson challenges, “Are you sure of that?” She muses that men always hurt you and that’s when they leave. Sharon looks stunned.

At Fairview, Patty tells Nick and Sage she’s the keeper of all secrets. They press her for more information. Patty sarcastically refers to the miracles Anderson achieved with Sharon. Patty goes on about tweeting and birds, and Nick sends her out. Sage wonders if she knows something they don’t. Nick worries about Sage being in danger. She insists they’re so close. Nick goes to Anderson’s office and takes the paralysis book before leaving. Later, Patty finds Sage. Patty thinks Sage and Nick have a plan. Sage asks her about Sharon. Patty says Anderson allowed Sharon no visitors so that Patty would be unable to tell Dylan the truth. “She filled Sharon’s head with such nonsense.” Anderson appears. “Patty!” She demands Patty return to her room now or else. “Orderly!” Patty yelps, “No, no.” Sage gapes.

At Sharon’s place, she fills Nick in on her strange visit with Dr. Anderson. He shows her the book on paralysis from her office. Sharon muses that she seemed fixated on him, and even Victor, and mentioned him in high school. Nick finally comes to a shocking realization. “I can’t believe I didn’t see it. High school, paralysis…it’s Sandra Allen!” Sharon is stunned. Nick panics. He says Patty tried to warn them. “I’ve got to get Sage out of there!”

At Fairview, Sage checks on Patty in her room. She rocks and sings. Sage wonders what Anderson did to her. Elsewhere, Nick and Sharon arrive. They enter Anderson’s office and she’s face down on the floor and has been stabbed.

Chelsea whispers to Marisa, “I know what Noah did.”

Adam tells Victor, “I have Noah on a plane out of the country. He leaves tomorrow.” Victor replies, “Really? What good will that do?”

Noah says, “Like it or not, Luca, you’re the only person I can work with on the inside.” 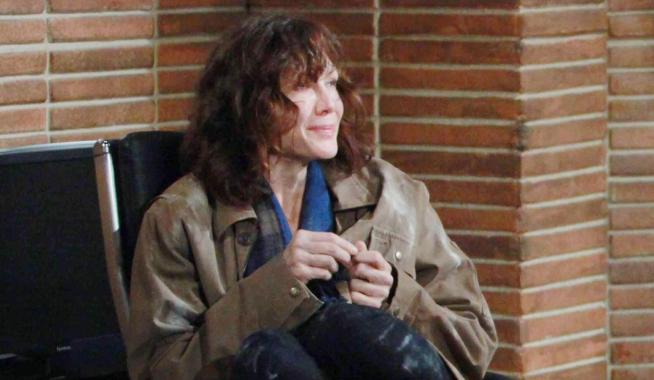 Y&R Day Ahead Recap: Dr. Anderson’s death is a mystery to everyone but Patty 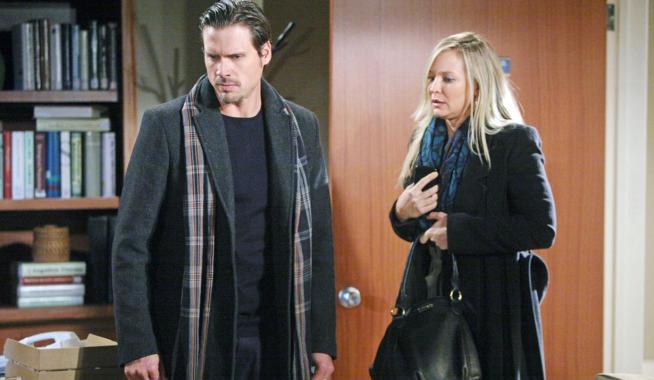