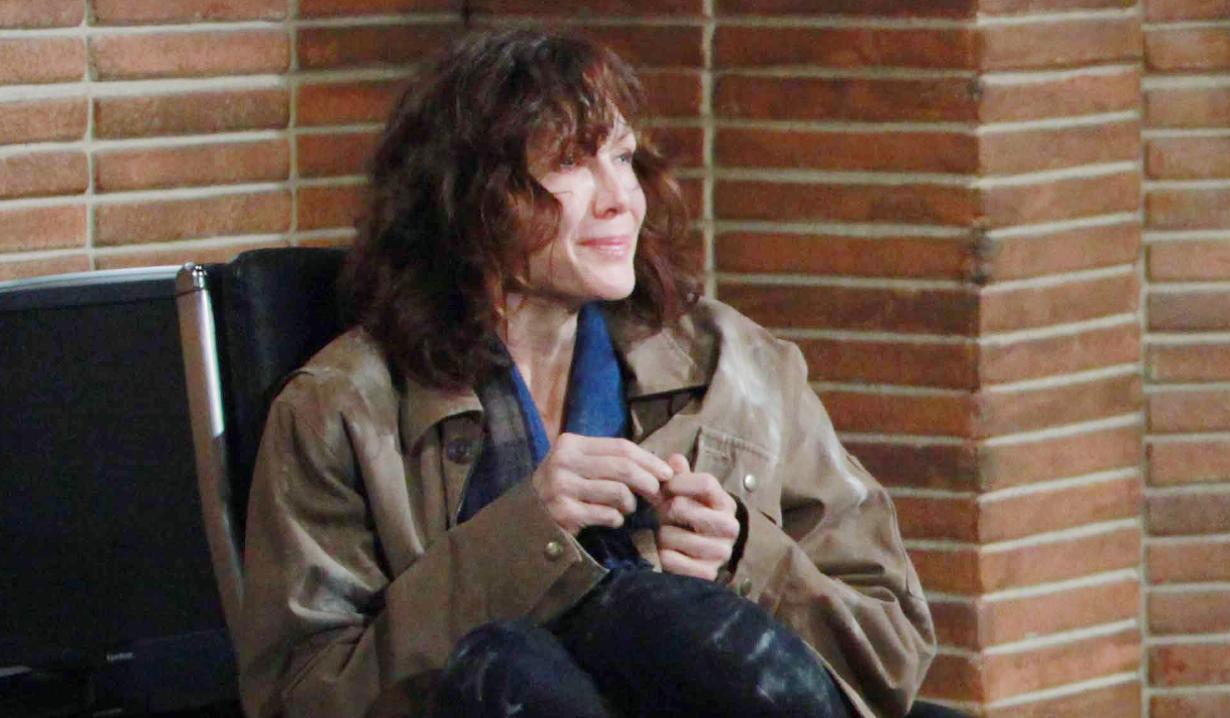 At Sharon’s place, Nick asks her for insight about Dr. Anderson. Sharon raves about her dedication, but quickly realizes Nick doesn’t seem to trust Dr. Anderson, and wonders why he’s having Sage treated by her. “Tell me what’s going on.” Nick fills her in on Sage faking mental illness while he tries to get closer to Sandy. He insists they need to find out why she’s insinuated herself into their lives. He confides to Sharon that Dr. Anderson kissed him, and pleads with her to believe what he’s telling her is the truth.

At Fairview, Sage confronts Anderson about her orderly drugging her. They bicker about what happened. Anderson demands an explanation about why she was so desperate to talk to Nick. Sage lies that she wanted Nick to tell Sharon she was okay to see the baby. Anderson clucks about Sage being fixated on the boy. She wants Sage to talk about losing Christian. Sage plays along, and pretends to blame Nick because they were at the benefit when he died.

At the station, Paul is stunned to hear that Patty was living nearby on the streets. He enters his office. Patty says, “Hey Paulie. Long time no see.”

At Crimson Lights, Marisa warns Noah not to go after Luca; the Santoris will destroy him. Noah says he plans to confess to the police. They bicker and he leaves.

At Newman Enterprises, Luca reminds Adam that he has all the cards now, as well as Noah’s fate in his hands. Adam counters that when Victor finds out what he’s doing to this grandson he’ll wish he’d never came to this town. Luca feels Victor will see him as a worthy adversary. Adam snarks that his father is known for his appreciation of worthy adversaries. Adam’s phone rings – it’s Marisa telling him Noah’s on his way to confess. Adam informs Luca that his leverage it about to go up in smoke, but he won’t let Noah ruin his life. Later, Chelsea runs into Marisa outside Victor’s office. Chelsea wants to know why Adam changed his mind about Luca staying at the company. Chelsea deduces that Luca has some kind of leverage and it has to do with Noah. Marisa can’t tell her.

At the station, Adam and Luca approach Noah. Adam says, “I need to talk to you.” They argue in whispers about Noah’s plan to confess. Adam tells Noah this would devastate Sharon and could cause a setback. In Paul’s office, he fusses over Patty and tells her they thought she’d died in the fire. She admits she helped Ian Ward escape. Paul tells her he’s back in prison. Patty wants to stay with Paul, but he reminds her what she did to Phyllis. Patty gets riled up. He asks Patty about her message to Dylan. “Who was it he couldn’t trust?” Patty says, “Dr. Anderson.” She rants about her being pure evil. Paul tells her it’s time to go back to Fairview. Patty fights him. After, Paul fills Adam in on Patty’s brief time with Ian and excuses himself.

At Crimson Lights, Noah asks Kevin how he lives with himself knowing he’s done terrible things. Kevin suggests Noah do a selfless act to balance out the universe. Noah mentions that Paul found Patty. Kevin exits as Luca and Adam arrive. Once alone, Noah tells Adam he won’t confess. He questions Adam about Victor. Adam says he’ll never change so if Noah wants to be a part of the family and business, he should get used to it. Marisa joins Luca inside. He tells her they stopped Noah from confessing. Noah appears and informs Luca he’ll stay quiet so they can work together to take down his grandfather. Marisa questions this twisted alliance and storms out. Noah asks Luca if they have a deal or not.

At the penthouse, Chelsea tells Adam she’s taking Connor and moving out. “You know how they say ‘three strikes and you’re out’? You’re out Adam.” They debate about him shutting her out. Chelsea demands the truth. Adam agrees to tell her everything.

At Fairview, Patty won’t respond to Paul. Dr. Anderson enters and feigns concern. Patty hisses that she’s a liar. Paul sends Patty to her room, and then angrily warns Dr. Anderson she had better take care of his sister as Nick arrives. Nick joins Sage, who is dismayed he let Sharon in on their plan. Nick says there’s something else. “I want you to listen to me very carefully…” Elsewhere, Anderson warns Patty not to be making friends like she did with Sharon, who is now at home with her healthy baby boy. Anderson gets a call from Sharon, who wants her to come over.

Nick tells Sage, “No. All this does is put you more in danger, and I don’t like you being in here.”

Adam shouts at Noah, “Unless you can find a burning building to pull some people out of you’re going to prison. Do you understand that?”