Y&R Day Ahead Recap: Luca turns the tables on Adam

Summary for Thursday February 4, 2015: Billy visits Natalie, Cane and Lily talk about what happens next, and Noah confronts Marisa. 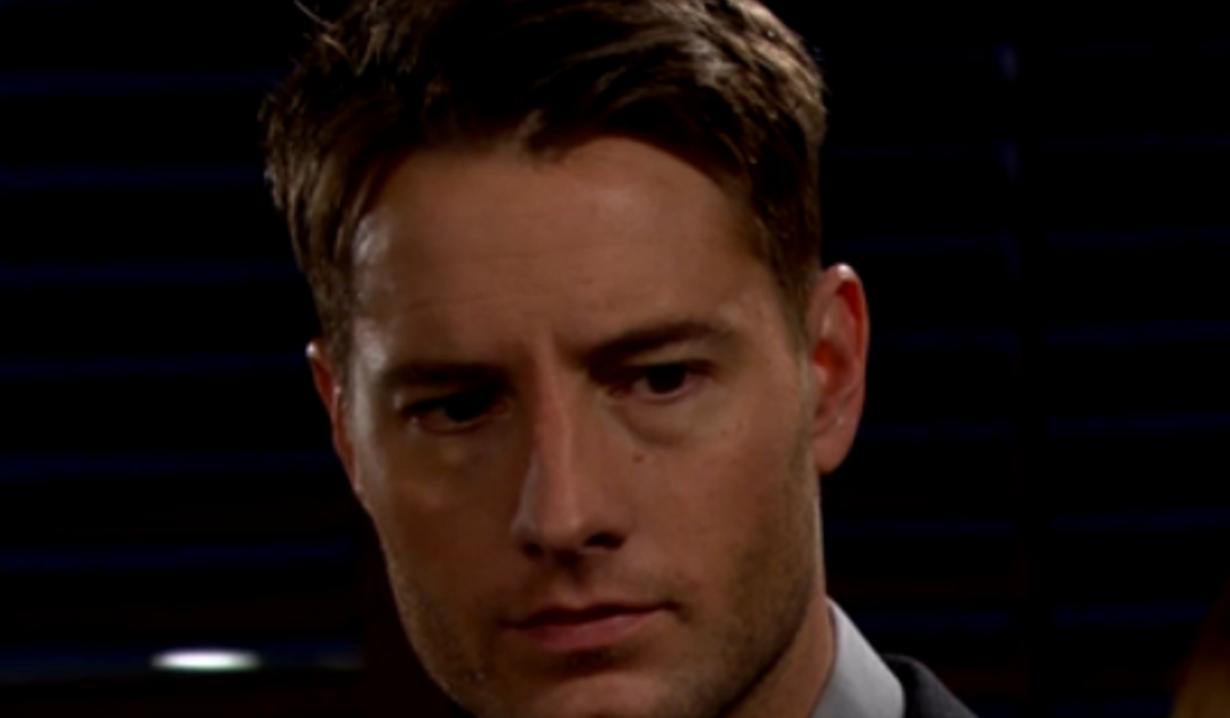 At Crimson Lights, Mariah and Kevin are joined by an exhausted Natalie, who has been unable to get the bug out of her program. They learn Victor left Victoria in charge of her project. Kevin is puzzled – he thinks something big must be going down if Victor left town. He grouses that this is not Brash ‘n’ Sassy. Natalie tires of Kevin and Mariah’s talking and leaves.

At Newman Enterprises, Luca threatens Adam with turning Noah in for a hit-and-run if he takes the evidence against his father to the feds. He chuckles that Victor doesn’t share everything with Adam. Adam doesn’t believe Luca. Chelsea enters and questions Adam. Luca exits. Chelsea realizes Adam’s big plan just blew up. Adam heads for the scotch and works to dodge Chelsea’s probing. She won’t let it go. He dismisses her. Chelsea hisses that his transformation into Victor is complete. At the Top of the Tower, Noah explains to Marisa why he had to tell Billy he was sorry, while across the room Victoria asks Billy what he’s remembering. He just needs to grab onto one of the visuals. Billy states this isn’t the same as Delia. They make plans to meet up later. Meanwhile, Marisa urges Noah to please be careful. Luca appears. He tells Noah that, in a way, he was in on his plan with Adam. Luca leaves with Marisa. After, Noah is summoned to Victor’s office, where Adam wants to hear one thing – that he wasn’t driving the car that sent Billy to the hospital. Noah grimaces. “It was me.” He realizes Luca found out and told him. He informs Adam that Victor also knew and helped cover it up. He explains that he didn’t even know he’d done it; Marisa told him and Victor convinced him to keep quiet. Noah encourages Adam to throw him under the bus so Luca loses his leverage. Adam won’t do it. Noah thanks him and asks how he lived with it. Adam says there are days he can’t live with it, and points out that Delia died, that’s a big difference. He knows the secret keeping is hard for Noah, but it’s part of life.

At Crimson Lights patio, Marisa is upset that Luca sold out Noah. She slaps him and says he’s just like his father. She was wrong to give him a second chance. Luca stops her from leaving. He notes that what Noah did has so many uses…he’ll see her later. Inside, Mariah and Kevin debate about what Natalie is planning to do. Kevin is ready to do some digging. Later, Noah shows up to confront Marisa for selling him out to Luca. Marisa insists he tricked her. Noah’s going to the police to confess.

Luca returns to Newman to inform Adam he’s not going anywhere, and wants more power and control. Adam returns the dossier of evidence on Luca’s father. Luca will go draw up a new Newman-Santori contract while Adam calls Daddy to explain how bad he screwed up.

In a suite at the Club, Lily and Cane make love. After, Cane asks, “Now what?” They talk about how incredible the sex was, and agree it felt right. Lily says he’ll have to forgive her, and trust her again. Cane’s not sure he can do that, so they will leave what happened in that room. Cane showers, and they remember that it’s the anniversary of when he proposed. Lily wonders if the party’s still going. Cane realizes it was a set-up by Jill. They laugh a bit and Lily heads to the door. Cane pulls her into another passionate kiss. Elsewhere, Natalie enters her suite and finds Billy waiting. She brandishes a wine bottle and orders him out. Billy wants to talk about the project. He says the deal means more to him than money – it’s his life right now. Victoria knocks on the door. Billy hides while Victoria demands a progress report. Victoria gets a text from Billy saying he misses her. She leaves. Billy emerges and assures Natalie he can get revenge on Victor without ruining things with Victoria. Downstairs, Victoria runs into Kevin and Mariah and asks to consult about the project. Kevin suggests she let Adam take it over – backstabbing and double-dealing is up his alley. After, Kevin notices Billy coming downstairs and points it out to Mariah.

At the penthouse, Chelsea rants to Anita about Adam lying and keeping secrets again. Anita thinks Adam’s cheating on her. Chelsea is exasperated. She thinks Victor is holding something over Adam. Chelsea tells her mother she wants Connor far away from Newman Enterprises when he grows up.

Chelsea hollers at Marisa, “Will you just tell me, is Adam involved? You need to tell me!” Marisa replies, “I can’t!”

Nick tells Sharon, “You’re right. I can’t keep you in the dark any longer.”