Summary for Monday February 1, 2015: Jack asks Adam for a favor, Sage puts on a performance, and Chelsea has a brief hallucination. 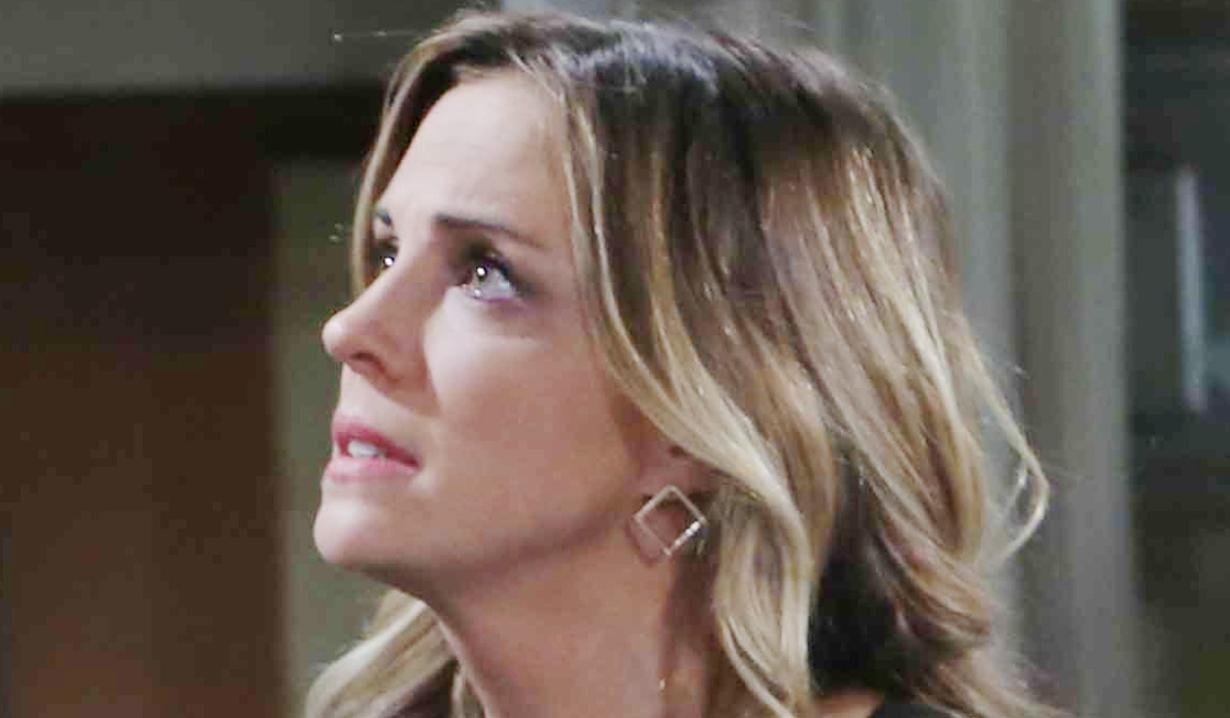 At the hospital, Victoria helps celebrate Billy’s return to Jabot with him, Jack, and Phyllis. Victoria announces that Billy is being released, but she has to go back to work since Victor put her in charge of the Internet security deal. Billy and Phyllis exchange a look. Jack grumps about Victor losing interest in the project. Phyllis advises him to let it go. Elsewhere, Sage tells a psychiatrist that she feels violated by Dr. Anderson. He asks if she blames Nick for the loss of her child. Dr. Anderson enters. Sage answers yes, and creates a scene for Anderson’s benefit, claiming that Nick doesn’t truly love her and accuses Anderson of wanting Nick for herself. Dr. Shelby arrives. He may have found another reason for Sage’s erratic behavior and wants to hold her commitment papers. Sage blurts, “No!” Puzzled, Shelby clears the room and asks Sage to tell him what’s really going on – she was putting on a performance. Sage admits it, and grins that having herself committed is her brilliant plan to get proof of Nick and Dr. Anderson’s affair.

At the penthouse, Chelsea realizes that Victor is blackmailing Adam again. Adam denies it, but she presses him to tell her the truth. Her frustration increases. Nick arrives, and he and Adam argue about Nick having Sage committed. Nick wonders what gives Adam the right to meddle in their marriage. Adam hollers about Sage’s loss. Adam gets a call to meet Jack. He says he hopes Nick is making the right decision for Sage’s sake and leaves. Chelsea reassures Nick, who admits he fears he’s put Sage in danger. Chelsea tries to ease his concerns and then opens up about Adam and Victor. She muses there is always a price to pay where Victor’s concerned.

At the Club, Adam, Jack, and Phyllis toast to Billy’s release. Jack notes that Victor’s out of town and asks Adam to set things right by selling the Internet deal back to them. Adam reminds Jack he had the chance to invest and turned Billy down. He thanks them for the champagne and leaves. Phyllis and Jack decide to take their celebration upstairs. In their suite, Phyllis instructs Jack to stop thinking about Victor and they make love. After, Phyllis looks out the window while Jack sleeps.

At their house, Victoria welcomes Billy home and they kiss. Johnny appears in pajamas and they all cuddle on the sofa. Later, Billy and Victoria make love in their bed. After, Victoria finds Billy downstairs looking out the window.

Nick arrives at the hospital, where Dr. Shelby tells him and Dr. Anderson he’ll sign off on Sage’s commitment papers. Anderson states that the sooner Sage is moved to Fairview, the better. Nick tells ‘Sandy’ he trusts her. He joins Sage and informs her she’s fooled them; she’s going to Fairview. Sage recounts how she convinced Shelby. They worry about Adam’s interference and the risk. Sage insists they have to do this and get the twisted woman out of their lives. Nick warns her not to trust anyone if Anderson stops him from seeing her like she did with Sharon, and not to let them medicate her. Sage is touched by his fierce love. Anderson returns and they slip back into their act. Anderson says it’s time for Sage to go to Fairview.

Chelsea brings Adam coffee at Newman and makes nice – seeing what Nick and Sage are going through gave her perspective, but she’s still concerned about Victor. Adam says Victor’s leverage is family. Chelsea knows he’ll tell her eventually if something’s going on. Adam won’t risk losing her again, and reassures her she’s more important than his work. They have sex on Victor’s desk, with Chelsea pausing momentarily when the face on Victor’s portrait appears to change to Adam’s.

Faith says, “Sage is sick, and she might not be coming home for a while.” Nick asks who told her that. Sharon says, “I did.”

Colin shouts at Jill, “Are you ever going to trust me?” Jill replies, “You’ve given me a million reasons not to.”

Hilary says, “I didn’t sign the divorce papers.” Neil asks, “Does that mean you’re willing to give Devon a chance?”