Summary for Friday January 22, 2015: Chelsea clashes with Natalie, Phyllis and Billy discuss Victor, and Adam learns something about the kidnapper. 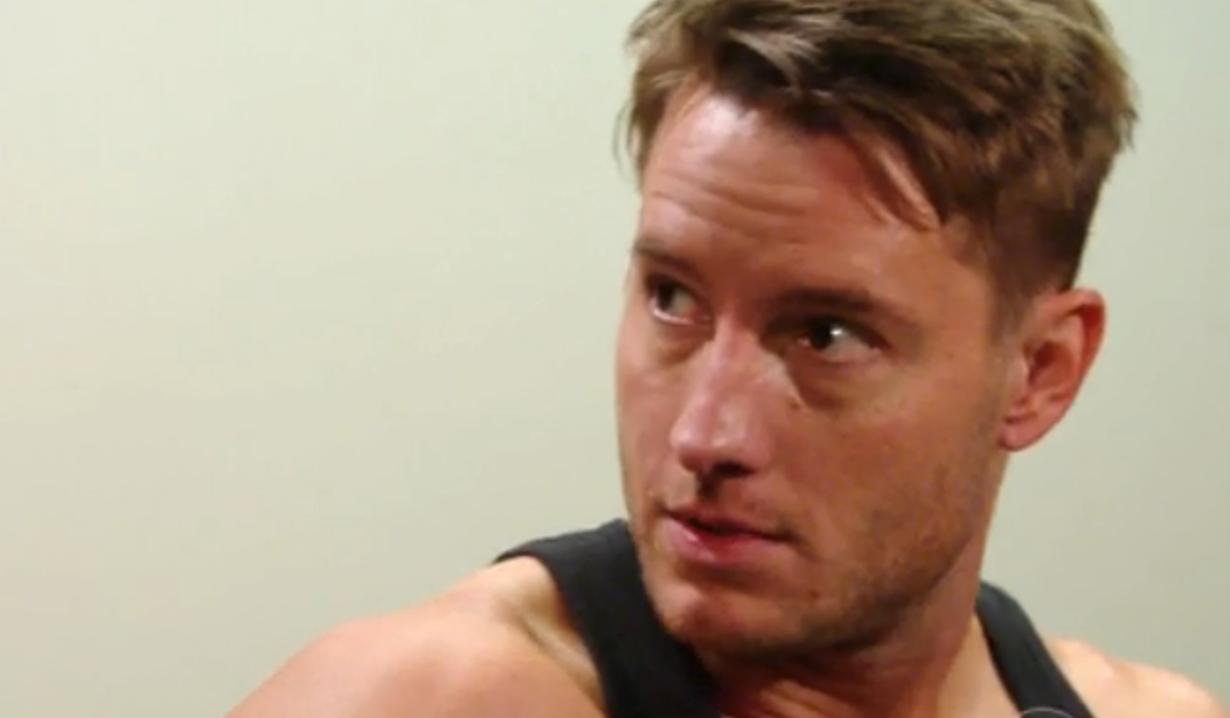 In Victor’s office, Natalie takes him to task for not getting her computer or letting her phone Kevin. Paul appears and informs her Victor’s not running the ransom exchange, the police are – they’re planning a direct trade, her for Adam. Victor has Natalie escorted outside. She gets on the reception desk computer. Victor warns Paul if Adam gets hurt no one will be safe. After, he tells his security man to follow orders only from him, not Paul. Natalie tells Victor there’s a new message from the kidnappers, who are not happy.

At the penthouse, Dylan explains the plan to Chelsea and assures her no one will get hurt. She’s surprised Victor agreed to work with the police and thinks maybe she can help. She will hold her fashion show tonight at the Top of the Tower and the exchange will be done there. She worries about Adam. Dylan reassures her.

At the station, Dylan and Paul phone Victor and tell him the exchange will take place at Chelsea’s fashion show that night. Victor doesn’t like it. Paul agrees there’s no room for error, but that’s the plan.

At Newman, Victor messages the kidnappers. Natalie wonders if Victor will double-cross the cops. Victor grins. After, Chelsea arrives and angers Victor by blaming him for Adam’s predicament. He hollers that Adam’s his blood. Natalie returns from the restroom and bickers with Chelsea, who calls her a little sociopath and a con artist. Victor and Chelsea pressure her to help them for Connor’s sake. Natalie agrees. After, Chelsea and Victor decide she’s not to be trusted.

In an undisclosed location, Adam, tied up, asks his captor, “Who is paying you?” He peppers the man with questions until he exits. Once alone, Adam tries to work his way over to a cellphone on a table. His captor returns, and Adam tries unsuccessfully to convince him to contact Chelsea. He hollers at them that Victor will probably tell them to stick it.

At the Club, Jack tells Phyllis that Billy’s in a good place. Kevin appears with Mariah. “Not anymore.” They explain they told Billy that Victor got his deal. Jack is irritated. Kevin adds that Victor kicked them out of the deal. Mariah lets it slip that Adam has been kidnapped. Jack blames Victor, and is relieved to hear Paul is involved. Kevin tells them Billy was understanding, but slammed, by the news about Victor getting the deal.

At the hospital, Billy tells Victoria he remember some things about the car that hit him. She talks about their future. He is upset he lost the business deal to Victor. Victoria says Victor only goes for the best deals, so Billy must have what it takes to identify one. Billy misses the kids and can’t wait to hear Katie say “Dada” again. Vikki wonders how he knows about that. Jack and Phyllis arrive. Billy claims he’s over the deal and just happy to be going home to his family. Phyllis ends up alone with Billy and says she knows he’s mad as hell at Victor. He calls Victor scum of the earth. Phyllis says it’s time for karma to kick some butt. In the hall, Victoria and Jack think this was a wake-up call for Billy. Jack’s glad they have a chance to be happy. They return to Billy’s room, and Phyllis takes off. Later, Billy asks Victoria to get him released.

At the station, Kevin and Mariah ask Paul about the ransom exchange. Dylan explains how they know. Paul won’t let them in on the details. Later, Paul warns Dylan this is going to go down fast and they can’t make mistakes – Victor is the only variable. As they leave, Paul warns Kevin and Mariah not to go near the Top of the Tower. Mariah and Kevin argue about Natalie. Natalie contacts Kevin on the laptop – she’s alive, but doesn’t know how long that’s going to last. They warn her Victor’s as dangerous as the kidnapper.

At the Top of the Tower, Paul is impressed by Dylan’s attention to detail, but worried about his welfare. Dylan says they can look out for each other. In Victor’s office, he reassures Chelsea that Adam will be home safe.

In the undisclosed location, Adam hears his captor ask, “What’s the plan?” and then say, “Yes ma’am. I’ll take care of it.”

Paul tells Kevin, “Nothing is going to go wrong.” Kevin says, “I don’t trust these kidnappers and I sure as hell don’t trust Victor Newman.”

Victor tells Natalie, “You stick to the plan, and you’ll be all right.” Natalie replies, “Easy for you to say, you’re not the one about to be offered up as bait.”

Adam’s captor tells him, “Time to get you cleaned up, it’s almost show time.” 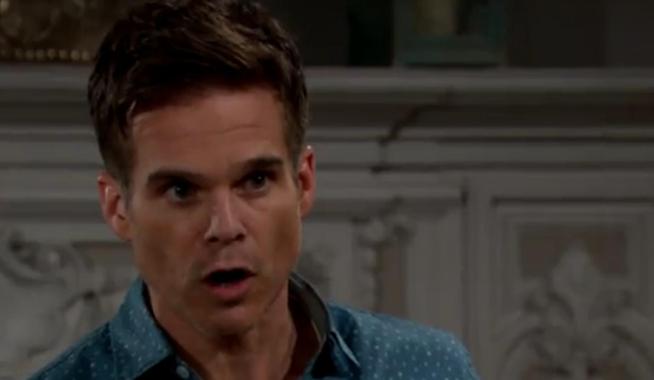 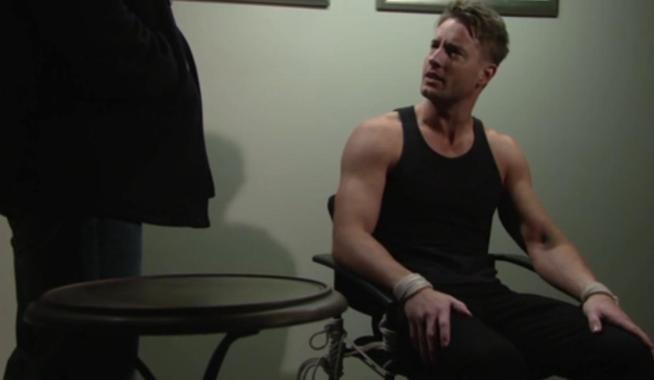