Y&R Day Ahead Recap: After seeing Neil with Nikki, Hilary enacts a plan to seduce him 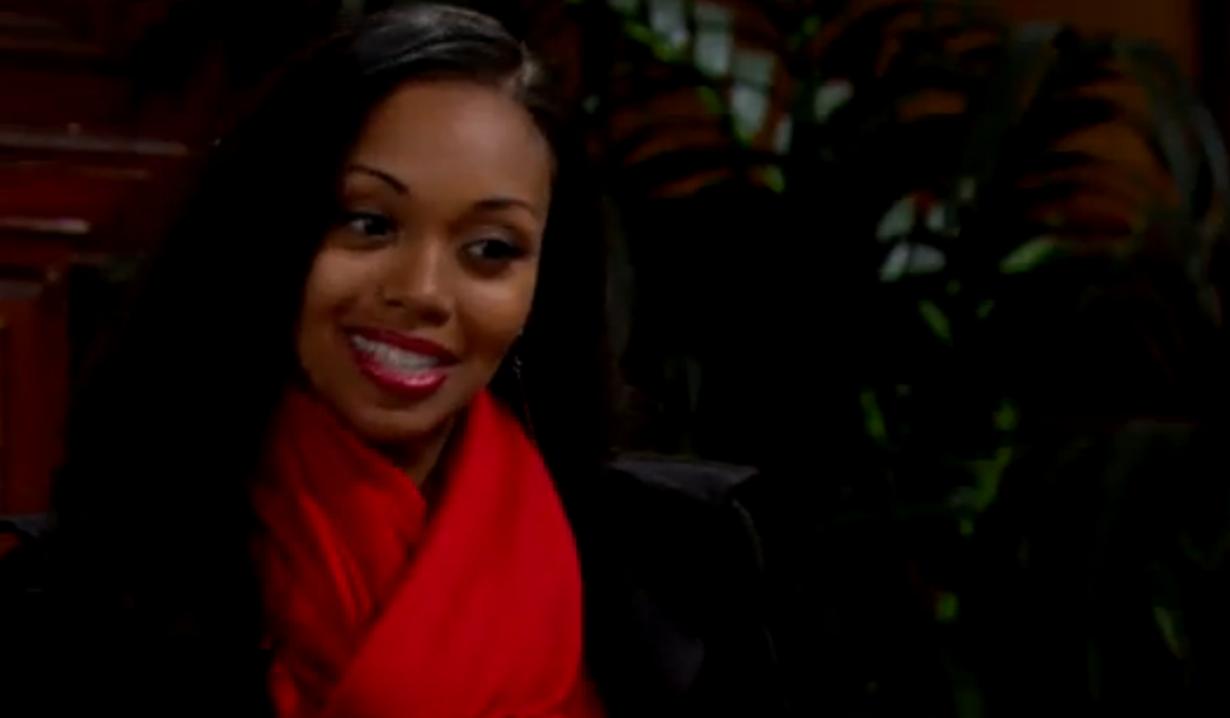 At Newman Enterprises, Victor urges Victoria to go back to the hospital. Victoria cries in his arms about having to possibly make the decision to take Billy off life-support. Victor suggests they come up with the funds to support Billy’s dream.

At Crimson Lights, Kevin tells Mariah that Natalie wants to get a move on. She wonders if he’s considering saying yes to Victor. Michael asks, “Saying yes to Victor about what?” They fill him in. Michael warns Billy may never wake up, and advises Kevin not to do business with Victor.

At the Top of the Tower, Victor plies Kevin with champagne and makes another pitch to invest. Kevin flashes to him and Mariah being super-wealthy and running Newman with Kevin’s portrait on the wall. Kevin tells Victor he wants to be the kind of man who can say no to Victor Newman. Victor assures Kevin he will get to be a king, but Kevin turns him down. Victor gets a call and asks, “She had lunch with who?”

At the hospital, Lauren tries to be positive for Jill regarding Billy. Jill feels guilty about allowing the surgery. She should have gone with Dr. Neville. Jill leaves Lauren to watch over Billy – she’s going to get somebody who can help him. Victoria arrives and watches Billy with Lauren. Vikki says he wouldn’t want this limbo. Michael appears. He tells Victoria that decision isn’t hers to make – Billy gave Jack his healthcare power of attorney.

At the Jabot lab, Neville tells Ashley good news – her blood is absorbing the treatment drugs. Ash is exhausted. He decides they’ll dial back on the protocol, and urges her to tell her family. She refuses – they have enough to worry about right now. Neville rants about the perils of traditional surgery. At least he gets a chance to make her right. Ash complains that she’s his lab rat. Neville makes a speech about the intricacies of his job – but he’s good at it. Jill enters. She apologizes for not trusting Neville and asks him to come and heal her son. Neville can’t walk away from the protocol he’s working on. Jill verbally attacks him and questions Ashley defending him. Jill tells them to go to hell and storms out. Ash nearly faints.

At the Club, Nikki and Neil discuss Billy’s condition and worry about Victoria. Talk turns to Hilary. Neil says she needs to be with Devon. Nikki is still willing to help him out, but warns they are playing a dangerous game. By the door, Devon tries to distract Hilary, but she sees Neil and Nikki together in the dining room. Hilary approaches and Neil steps away. Hil lets Nikki know she saw her kissing Neil at New Year’s. Nearby, Neil and Devon whisper about the plan. Neil texts Nikki to meet him in a suite and Nikki makes sure Hilary sees it. Hilary asks Neil to help her word a proposal for Jack. Neil caves and agrees.

Devon meets Jill at Crimson Lights. She asks him to persuade Neville to help Billy and reminds him his money is Katherine’s money.

Jill returns to the hospital and tells Victoria, Lauren and Michael that she convinced Devon to get Neville to treat Billy. Victoria informs her that what happens to Billy isn’t up to her. Kevin appears as Jill learns that Jack has control of Billy’s affairs. Michael tells Kevin that Billy won’t make it.

Neville tucks Ashley into bed in a suite at the Club. He reads research aloud to put her to sleep, and then strokes her hair. Her mission is to get better. In another suite, ignores a call from Victor. When she goes downstairs, Victor asks if she met with Neil upstairs.

At the Jabot lab, Neil and Hilary work on her proposal for Jack. She pulls Neil into a kiss and he starts unzipping her dress. Devon arrives looking for Neville and sees them having sex.

Lily grabs Hilary, “I thought that you had changed. You’re the same bitch that you always were.”

Victoria says, “Billy made his wishes clear; a life spent on machines is no life at all.”

Jill pleads with Jack, “Don’t let him die!” Jack says, “You’re pleading with me like it’s my decision. It’s not up to me.” Jill tells him, “Yes it is!”