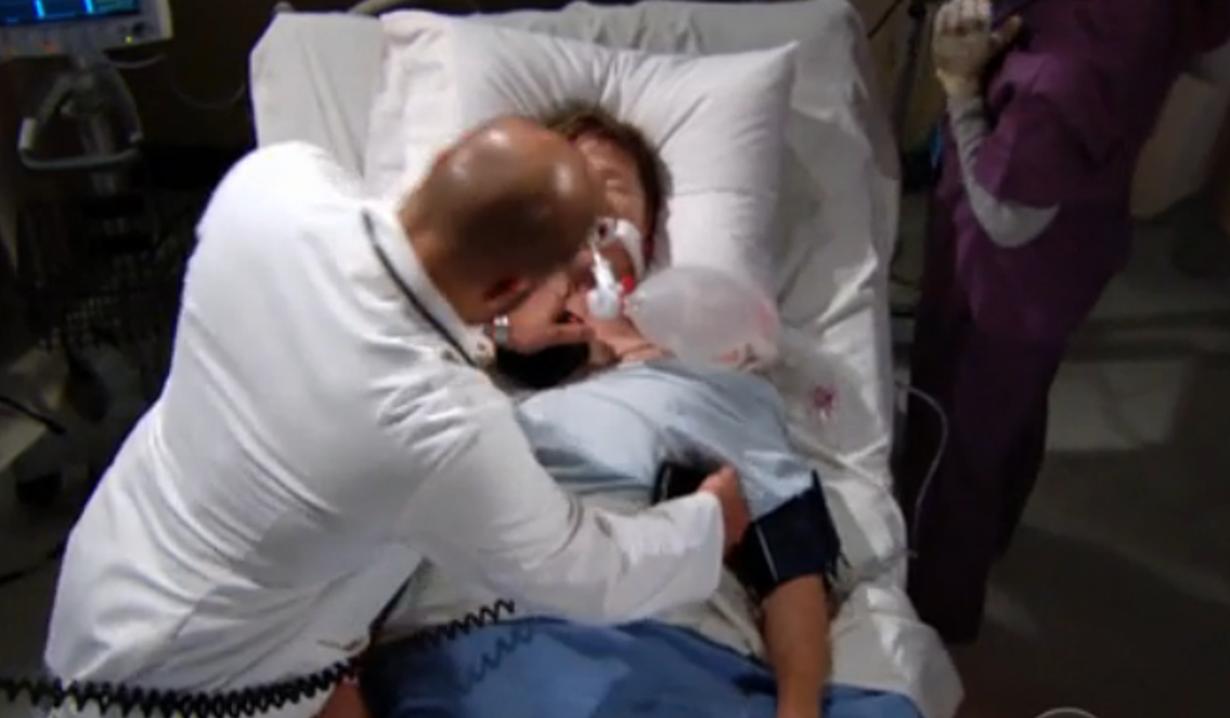 At the hospital, Dr. Shelby orders Victoria out of the room as Billy codes. She joins Nikki, Jack, Ashley, and Phyllis outside. “He can’t die!” Traci appears and Jack fills her in. Jill complains that before Billy was in the hospital, not one of them cared whether he lived or died. In the waiting area, Noah tells Victor that he hit Billy. Marisa listens as Victor counsels to Noah to keep quiet. Marisa leaves and Victor warns Noah about the repercussions. Noah doesn’t feel right about keeping quiet. Nikki appears and says Billy’s in trouble. She wants them to join Victoria, but Victor says he and Noah have to get to work. Nikki goes, and Victor reiterates to Noah that no one has to know about his role in what happened to Billy. Noah informs him that Marisa knows – she saw the whole thing. Outside Billy’s room, Jill lashes out at Nikki, Victoria, Jack, Traci, and Ashley until Phyllis assures her they love him. Jill cries that she hates this and wants to blame somebody. Dr. Shelby emerges from Billy’s room – his heart has returned to a normal rhythm but he’s not out of the woods. Nikki confirms to Jack that Victor’s source said Billy’s bookie did this to him. Shelby seeks Victoria’s signature for surgery, but Jill says she gave up that right – she’ll sign.

At the penthouse, Adam and Chelsea feel bad for Victoria. Chelsea says Katie and Johnny are settled upstairs with Connor. Adam says no matter what happened between them, Billy doesn’t deserve this. Chelsea says he’s a good father. Adam urges Chelsea to go to the hospital. She thanks him for understanding.

At the hospital, Victoria talks to Chelsea about her guilt. Chelsea urges her not to blame herself. In Billy’s room, Ashley tells him that Abby will need him if she doesn’t make it. “I’m the one who is supposed to die, not you.” Traci appears. “Why would you say that?” Ashley covers – Billy’s younger, he’s not supposed to go first. Traci reminds her of Colleen. Ashley apologizes. Traci urges Billy to fight. They exit and Phyllis watches as Jack apologizes to Billy for not helping him and encourages him to come back to them. Later, Jill tells the others that Billy has a 50/50 chance of surviving surgery. Victoria joins Billy and pleads with him to stay with them. She cries that it will be the two of them forever. Later, Jack leads everyone in a prayer for Billy.

At the station, Paul questions Kevin about Billy’s gambling. They discuss Marisa. Kevin points out Marisa had no reason to lie. Later, Paul has Gil the bookie in his office. Kevin looks on as Paul tells Gil that Billy texted a burner phone. Kevin sends a text and Gil’s phone bings. Paul gives Gil a pointed look. Gil admits to roughing Billy up, but insists he didn’t use him as a speed bump. He invites Paul to check his car. After, Paul tells Kevin that Gil’s car was clean. He wants makes and models that match the treads so they can nail the person who did this.

At Newman Enterprises, Marisa worries to Luca about Billy dying. He wonders why she cares so much. She says it was emotional seeing him lying there; and he’s a father. Luca wants to discuss their future and confides that he and Adam are planning to dethrone their fathers. Marisa warns his about Adam. “You’re playing with fire.” Luca is undaunted. Adam appears. He and Luca step into Victor’s office. Luca says he is close to getting enough evidence to have his father arrested – does Adam have enough to bring down Victor? Adam says Victor’s skeletons have skeletons. Luca invites him to pull the trigger and contact the FBI. Adam reminds him they agreed to fire at the same time. Meanwhile, Victor issues a warning to Marisa, who assures him they want the same thing – for Noah to be safe. Victor enters his office and hears Luca tell Adam he’ll let him know when he has enough to move forward. “Move forward with what?” Adam says they want to move ahead with a mining deal. Luca exits and Adam assures Victor that the Santoris will soon be out of Newman, which will be in the hands of the man who deserves to run it. Victor chuckles. Elsewhere, Noah tells Marisa he’s staying quiet so as not to add to Victoria’s pain. Marisa offers to help him cover his tracks. Luca sees them embrace.

At the penthouse, Victoria gives Johnny a kiss from his dad. Chelsea sighs.

Ben looks on as Abby says to Ashley, “Seems like you two are getting pretty close.” Ashley replies, “I suppose.”

Neville tells Victoria that Billy is the perfect candidate for his protocol. Victoria asks, “Do you think this method would work?”

Kevin and Mariah listen in as Paul wonders to Phyllis and Jack why Billy would place such a huge bet. “Why would it be so important for him to win big? Why now?” 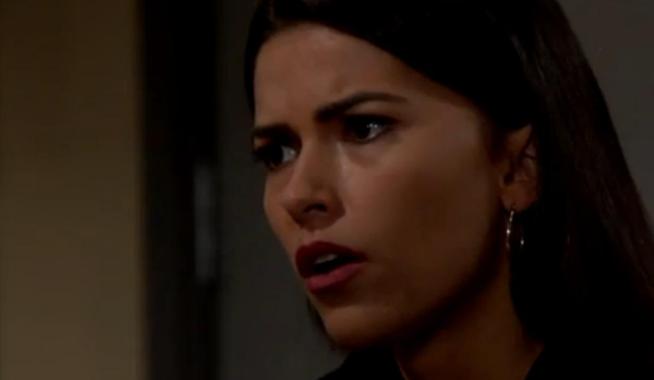 Y&R Day Ahead Recap: Marisa tells Noah he was the driver who hit Billy 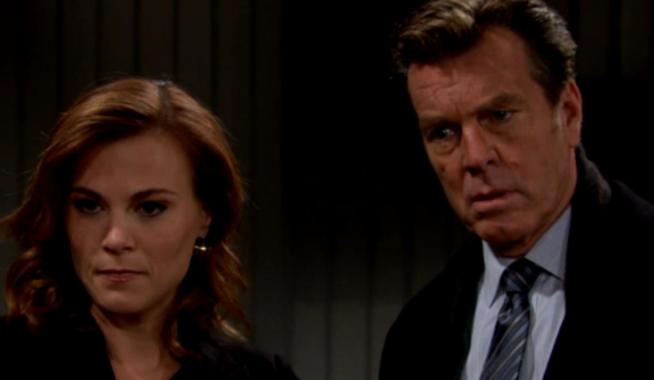