Y&R Day Ahead Recap: Adam strikes a deal behind Victor’s back 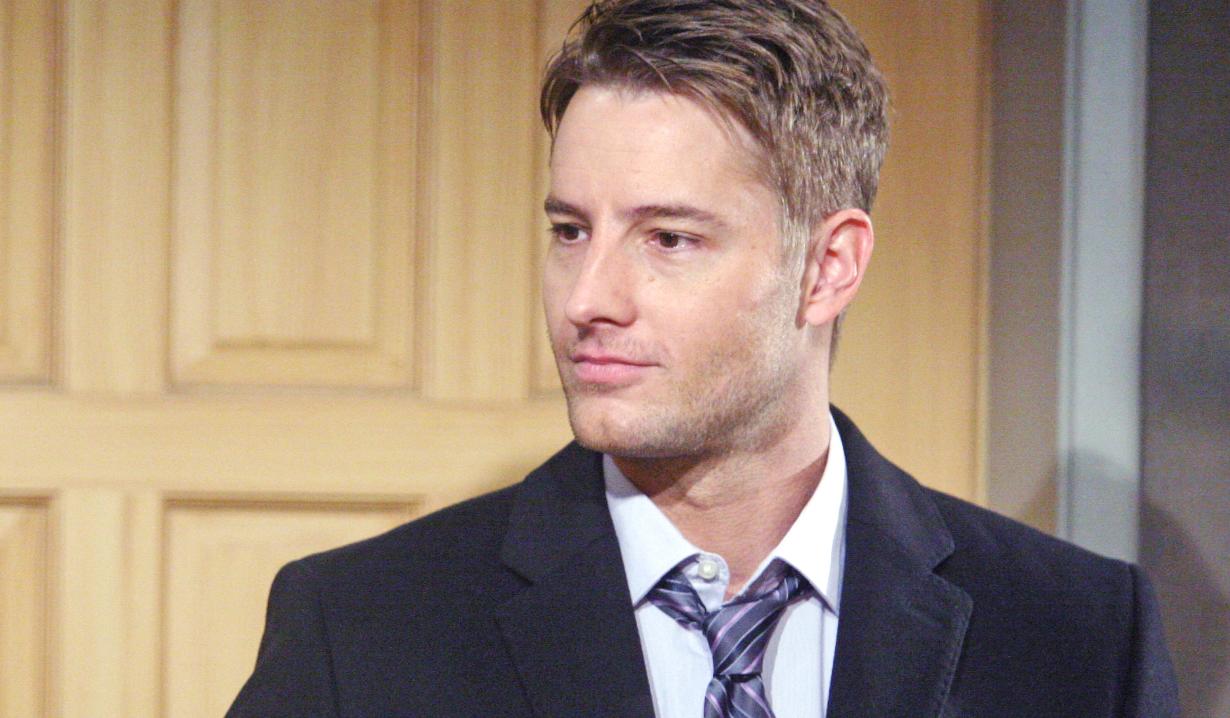 Mariah marches into the station and cuffs Kevin’s arm. She complains that Billy cornered her about his Swiss hacker. Kevin enthuses about the venture. Mariah warns his hacker friend could be a con. They bicker until Kevin sees Natalie is back online. “We’re back in business.” He just needs an investor. Mariah says, “Hello? Billy.” Kevin isn’t keen, but Mariah points out he could probably convince Billy to give more capital than he needs. Kevin asks why he would cheat a friend. Mariah calls it creative accounting. She urges him to tell Billy he needs two million instead of the one million he actually requires.

At the Club, Billy tells Phyllis he’s been sober and spent Christmas with Victoria and the kids. He says there is a wedding in his and Victoria’s immediate future. Victoria appears. “What?” Billy clarifies that he hoped they could attend Abby’s wedding together. Victoria says she has to help Abby as Matron of Honor. After, Phyllis warns Billy if he doesn’t keep his act together, Victoria will freeze him out again. Billy talks about raising capital to invest in a business venture. Phyllis wishes him luck. He gets a text and walks off. Phyllis joins Victoria in the dining room and asks if she’s giving Billy another chance. Victoria notes he’s always let her down. Phyllis confides that she knows about betrayal and alludes to the time with Marco. She says she had to learn to trust again. Victoria wonders why Phyllis is advocating for Billy. She says he’s the little brother she never had. She thinks Victoria can save him from himself.

At the penthouse, Adam and Victor discuss their plans for the Santoris. Adam is concerned about risking Marisa’s life – if the Santoris blame her for their downfall they might get rid of her. Adam says exposing the Santoris’ illegal activities could land Victor in jail too if Luca retaliates by exposing his dealings with Marco. Victor wonders if Adam is bailing out. Adam complains about Victor’s repeated threats to blow up his life, but confirms he’s on board.

At Newman Enterprises, Luca lets Noah know that he and Marisa are back together. In the corridor, Marisa chastises Luca for throwing their relationship in Noah’s face. Luca asks if she’s still in love with him. Marisa is saved from answering when Luca gets a call to come to Adam’s penthouse. Later, Victor arrives and Noah lets him know he has no qualms about using Marisa to oust Luca. He says she’s gone back to being Luca’s wife and doesn’t care about him, so why should he care about what happens to her? Victor talks about finding out what Marisa knows about the Santoris’ illegal activities.

At Crimson Lights, Kevin tells Billy that he needs an investment of two million dollars. Billy wonders why he changed his mind about bringing him on board. Kevin says Billy is already in the loop and talks about the profit they’ll make. Billy’s in. He’ll finally earn his family’s respect. Elsewhere, Mariah calls Marisa out for her treatment of Noah. Marisa says she has feelings for him, and for Luca. Mariah says, “You can’t have them both, Marisa.” Marisa decides she’s right; it’s time she set things straight with Noah. After, Mariah hears Kevin on the phone with Natalie. He tells Mariah that Billy didn’t even question the two million dollar figure. She says they make a great team. Kevin wants her to make her an official part of the venture. He explains how it will wipe identity theft off the planet. Mariah worries about trusting Natalie with the start-up money. They talk about what success would mean to them. Mariah isn’t into money, she wants to be loved. Kevin says, “You already have that.”

At the penthouse, Adam and Luca discuss Victor. Luca’s not afraid of him. Adam warns Victor plans to use Marisa to get what he wants, and says the only reason he’s working with him is because he’s being blackmailed. Adam tells Luca they have overbearing fathers in common. He proposes they work together and put themselves at the top of the food chain – he has a plan to oust their fathers from their companies. Adam talks about how similar their situations are and Luca is convinced. They shake hands. “To the next generation of Newmans and Santoris. Out with the old…”

Marisa arrives at Newman Enterprises looking to speak to Noah. They go into the hall. Victoria arrives and joins Victor in his office. Victor tells her he has a plan to regain control of the company, but he doesn’t want her involved. Victoria is affronted that he doesn’t trust her. Victor placates her. Outside, Marisa tells Noah she slept with Luca, but it doesn’t mean she doesn’t care about him. Noah feels his jealousy pushed her into Luca’s arms. He tells her not to feel guilty but admits that losing her is killing him. He loves her.

At the Club, Billy meets his bookie and puts everything on a long-shot bet to win two million. He gets intense following the race on his phone and orders a double. Phyllis intervenes and demands to know what’s going on.

Dylan says to Stitch, “You know with Ashley and everything that’s gone on, I just want to make sure you’re not having any second thoughts right now.” Ashley appears.

Y&R Day Ahead Recap: A shocking...