Y&R Day Ahead Recap: Jack tells Adam to take his offer and shove it 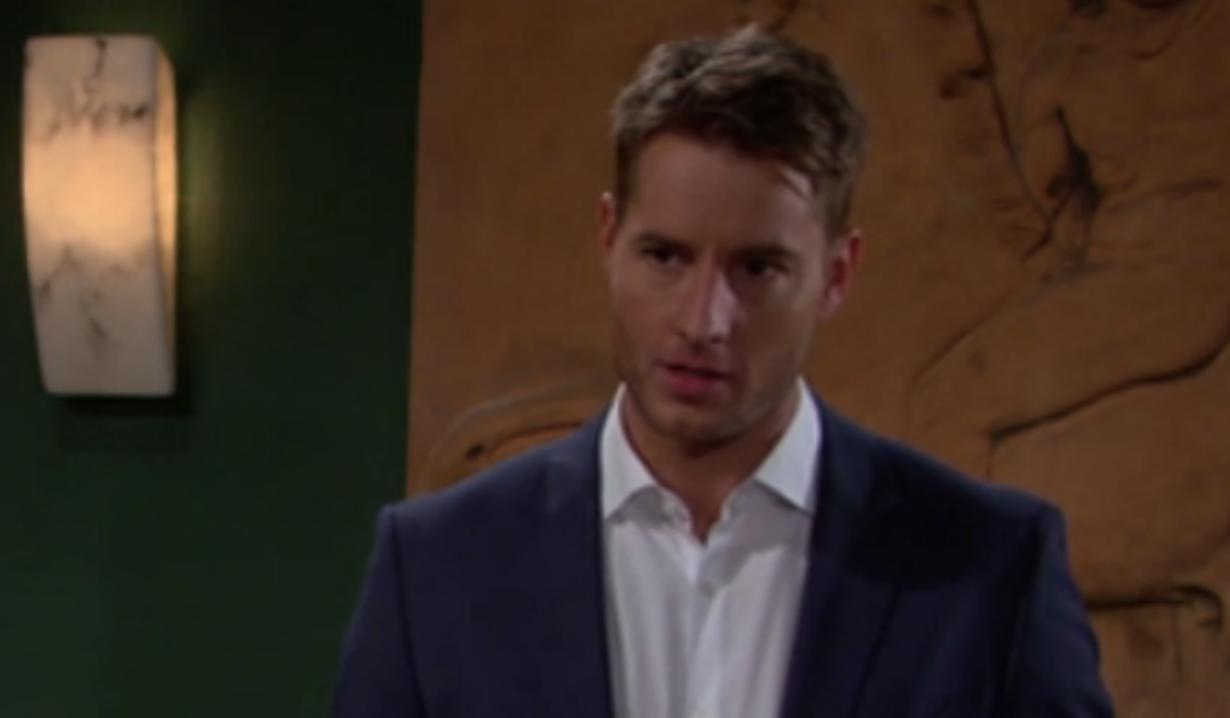 At the Club, Chelsea tells Victoria she called her there because of Billy is drinking and gambling again. Victoria says Billy has to fix this on his own; she has to protect herself and her kids. Chelsea reminds her they have a rare love. “Isn’t he worth fighting for?” Upstairs, Luca learns the offices he ordered at Newman at ready. Marisa is reluctant to join him there. He reassures her. In the dining room, Devon tells Neil he’s funding Neville’s research so he won’t blackmail him. Neil doesn’t want him to give in to the guy, but Devon says they’re in this together. Neville appears. Neil warns him to watch out, and Neville touts the benefits of them all keeping quiet. Paul appears and tells Neville he knows exactly who he is, and exactly what he’s done. Neville insists he was merely hired to save a patient, but still doesn’t know who hired him. Neville tells Devon he’s looking forward to their collaboration and leaves. Paul can’t wait to hear Devon’s explanation for funding Neville. Devon says he is trying to gain Neville’s trust so he’ll talk. Paul is skeptical, but leaves.

At Newman, Adam tells Noah that Luca is on the way. He coaches him to show Luca around the offices and make him comfortable so he lets down his guard. Noah worries about Marisa. Adam assures Noah that once they get rid of Luca, Marisa will be back in his arms. Later, Noah greets Marisa and Luca. He says he is working there to prove his loyalty to his grandfather and won’t interfere with their work. Noah gives them a tour and keeps a smile pasted on…even when Luca dismisses him.

At Jabot, Jack tells Kyle he’ll be relying on him more than ever…starting now. Kyle is preoccupied with texting Summer. Adam arrives. Kyle exits. Adam tells Jack he’s there to help. Jack thinks he has a lot of nerve. Adam says the civil suit was the best option for Jack, and he wants to make amends. Jack learns Adam isn’t leaving Newman and tells him to take his offer and shove it. Later, Phyllis arrives and sends Kyle to meet Summer. Jack tells Phyllis he’s not sure he can save the company. He rants that he needs Billy and Ashley there as a united family front. Phyllis is surprised to hear Adam stopped by. Jack mutters that he could use a suit with his skills. Phyllis is offended – he has forgotten about her. Jack asks for her ideas. She tells him to make McNamara, who Ashley trained, the head chemist, and she will replace Billy in R&D. Phyllis insists business can wait until after the holidays and they leave.

At the hospital, Ashley runs into Phyllis, who questions her about why she stepped down. “What is really going on with you?” Phyllis tells Ashley that Jack needs her. Ashley says it’s not going to happen. Ash catches up with Stitch and tells him she understands why he came clean with Abby. She asks Stitch about Dr. Neville, who seems like a miracle worker. Stitch agrees, but warns Neville takes a lot of risks. Ash says she’s interested in his research. Stitch tells her to steer clear; Neville is under investigation by the police.

At The Underground, Summer and Abby spot Billy drinking. Summer wants no part of him, but Abby goes over. She questions him about the booze, and lets him know Ashley quit as CEO. Billy snarks, “Good for her.” Across the bar, Summer learns Kyle is tied up at Jabot with his dad. Billy overhears and snarks about Jack. Abby encourages Billy to turn things around and cut back on the drinking. He’s sick of being lectured. Stitch arrives and Abby fills him in on Billy. He tells her Ashley is thinking of going into business with Dr. Neville. Abby thinks her mom and Billy belong at Jabot. Later, Kyle arrives and greets Summer, who is turning 21. They chat with Noah about work. Victoria arrives and is suspicious when Abby tries to dissuade her from staying. She spots Billy and approaches. He tells her to leave him alone. Nearby, Marisa gripes to Luca, “We shouldn’t have come here.” Mariah sidles up in a confrontational manner. Noah intervenes and says the first round is free. Noah explains to Mariah, Summer, and Kyle that he can’t lose his cool – he’s working at Newman now. They all want to know who he is, and what he’s done with Noah. He asks them to trust him. At the bar, Billy gets loud arguing with Victoria and Stitch intervenes. Billy wonders if Stitch is keeping Victoria’s bed warm. He swings at Stitch, misses, and ends up on the floor. Stitch helps him up. Billy apologizes to an unreceptive Victoria. Stitch escorts him out.

At the Club, Neil spots Ashley talking to Neville. Devon tells him Neville boasted to Ashley that he can save lives. At the bar, Ashley tells Neville she would like to be part of his research team. Neville becomes flustered at the thought of what they could do together. They shake on being partners. Across the room, Neil tells Devon he’ll oversee the business end of his deal with Neville; they will watch and wait.

At the penthouse, Adam fills Chelsea in on his visit with Jack. She tells him about Billy and Victoria. They talk about how lucky they are to be together and happy. They make love.

Gwen tells Neil, “I’m one of the few people who really knows what happened at the boathouse. You owe me.”

Jack says to Ashley, “You’re in business with this guy? The man who was hiding Hilary.” Neville says, “Not hiding. Saving.”

Billy wakes up and asks Phyllis, “Why are you here?” She says, “Redemption.” 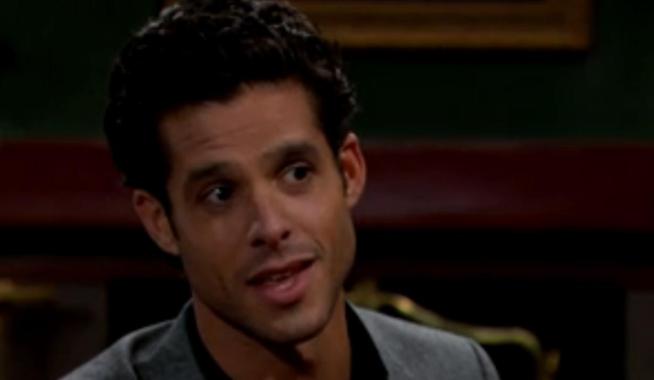 Y&R Day Ahead Recap: Victor faces off with Luca, and Noah takes on a new role 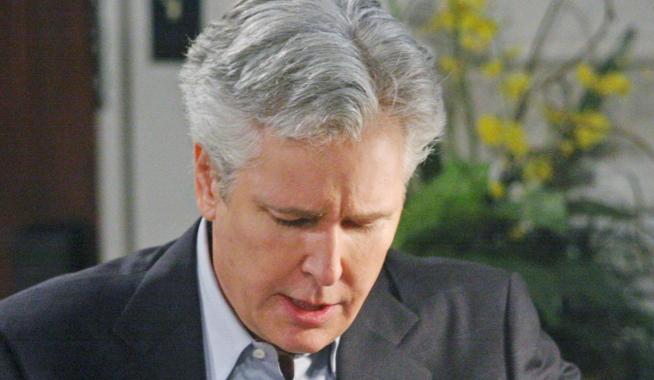