Y&R Day Ahead Recap: Ashley’s encounter with John leads to a stunning decision 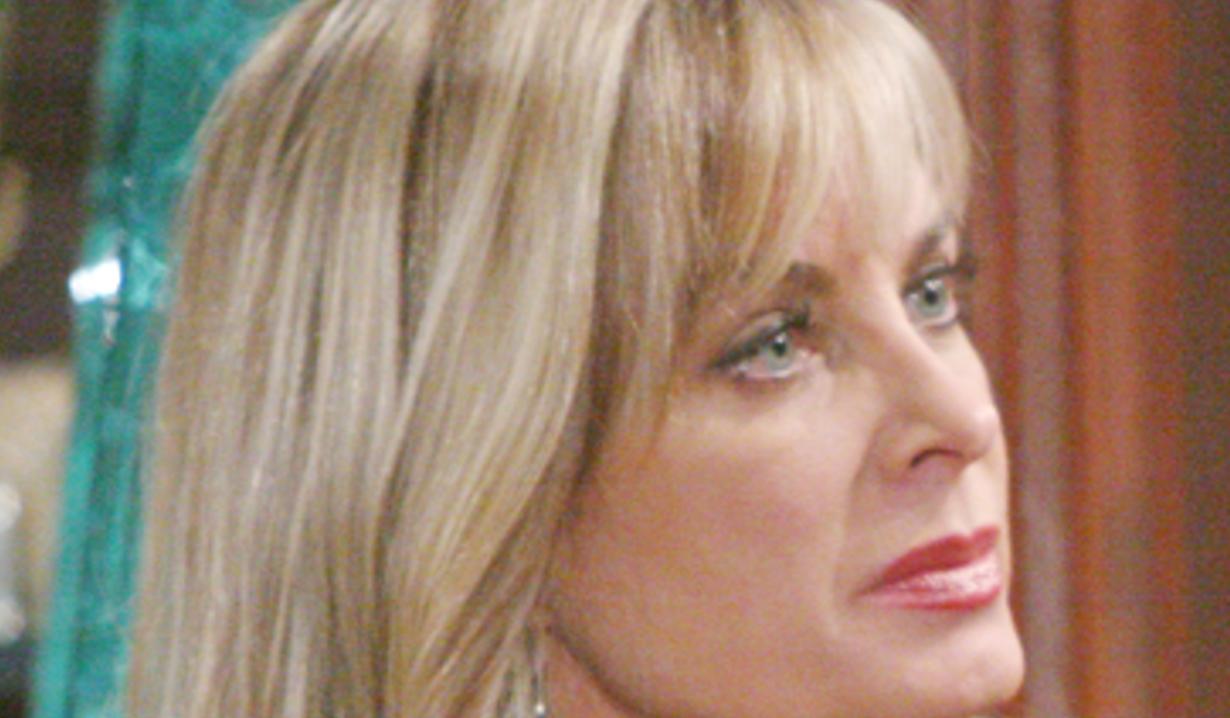 In the park, Ashley envisions John there. “Ashley, my beauty.” Ashley thinks he’s disappointed she let Victor decimate Jabot. John isn’t concerned about business. He tells her she has to admit what’s wrong with her. He points to her head. “You know what this is.” She insists it’s low blood sugar, but John reminds her she’s a fighter, not a quitter. Ashley wakes up on the ground.

At Jabot, Phyllis wonders if Jack will boot her from the company like he did Billy. They argue. Jack says he paid Victor off to protect Billy from jail and no longer has to put up with his lack of self-control. Phyllis wonders, “But you’ll put up with me?” She talks about being his wife, and yet he didn’t even make it to their wedding night. Phyllis talks about Jack’s guilt. Jack says they have to be on the same page. Ashley appears. She agrees. She trusts Jack’s decision about Billy, and tells Jack he will rebuild without her – she’s stepping down as CEO. Jack is stunned and realizes something is wrong. Ashley says she loves him, embraces him, and walks out.

At the penthouse, Chelsea and Adam flirt and kiss. Victor arrives and announces to Adam that the Abbotts have conceded defeat. “Victory is ours.” They discuss the settlement and whether Jabot will survive. Adam looks perturbed. Chelsea is hoping Adam is no longer needed at Newman. Victor says that’s his decision. Adam talks about rebuilding. Victor says that challenge unites them and toasts with champagne. Victor’s happy that Adam and Chelsea are together and looks forward to spoiling Connor at Christmas. He tells Adam he’s proud of him. Once alone, Chelsea grills Adam about buying into Victor’s routine. She thinks Victor has some hold on him. Adam likes being in Victor’s inner circle.

At Sage’s place, Nikki tells her they miss her at the ranch, and talks about how Nick feels. Sage says she needs to be away from him now, and adds that Sharon’s doctor agrees. Nikki’s surprised. Sage talks about how great Adam and Chelsea have been. Nikki knows how she’s feeling and says you need love to heal that. She flashes to falling down the stairs and losing her son with Jack. Sage notes she and Jack didn’t make it. Sage feels maybe she and Nick also weren’t meant to be. Victor arrives and Sage reiterates that she’s not going back to the ranch yet. Victor is fine with her going somewhere else. She asks if he’s trying to get rid of her. Victor just doesn’t think she should be living where she lived with ‘Gabriel Bingham’.

Sage arrives at Adam and Chelsea’s penthouse. Chelsea guesses Victor upset her. Sage thinks Victor wants her to leave town. Adam gets angry and orders her not even to answer the door to Victor anymore. Chelsea welcomes back her real husband, but is taken aback at his protectiveness over Sage as he heads upstairs to check on Connor.

At the Club, Lily, Cane and Devon discuss Joe getting sentenced to six years in jail. Lily recalls being trapped by him at the cabin. Cane says they still don’t know who took Hilary. They discuss her current viewpoint, and Cane walks off. Devon and Lily discuss her marriage. Devon notes they still love each other. Upstairs, Neil tells Hilary he refuses to come between her and Devon. She argues there’s nothing to come between. Dr. Neville arrives. He checks on Hilary and thanks her for the good publicity. He refers to Neil as his partner, but Neil balks. Neville wants Neil to be his grateful investor in his future. Neil won’t be blackmailed. Neville leaves. Hilary thinks Neil should have given him the money. She moves closer to Neil, who exits. After, downstairs, Hilary asks Devon to invest in Dr. Neville’s research. Devon wonders if it’s blackmail. Hilary insists he’s brilliant. Devon says he’s a creep, but he’ll give him the money. Hilary thanks him and leaves. Later, in her suite, Hilary leaves Neville a message about the money. Neil returns and they go in circles about her still being in love with him. Hilary kisses him. She’s satisfied that he loves still loves her, and will soon admit it to everyone. In the office, Lily and Cane discuss Christmas morning. She wants to give them one last magical time together as a family. Cane agrees. Downstairs, Victor and Nikki spot Jack and Phyllis canoodling. Victor needles Jack about being poorer than a churchmouse. Phyllis hopes he chokes on a piece of steak and Jack grins. Nearby, Devon meets with Neville. Ashley overhears them talking about his groundbreaking medical research and wants to know all about it.

Chelsea tells Nick, “Sage moving across the hall from us was a huge mistake.”

Victor tells Luca, “I’m paying your family’s investment back, plus interest.” Luca informs him, “It doesn’t work like that.”