Summary for Wednesday December 9 2015: Jack and Victor declare war, Kevin has a new idea, Adam explains himself to Chelsea, and Noah makes a call. 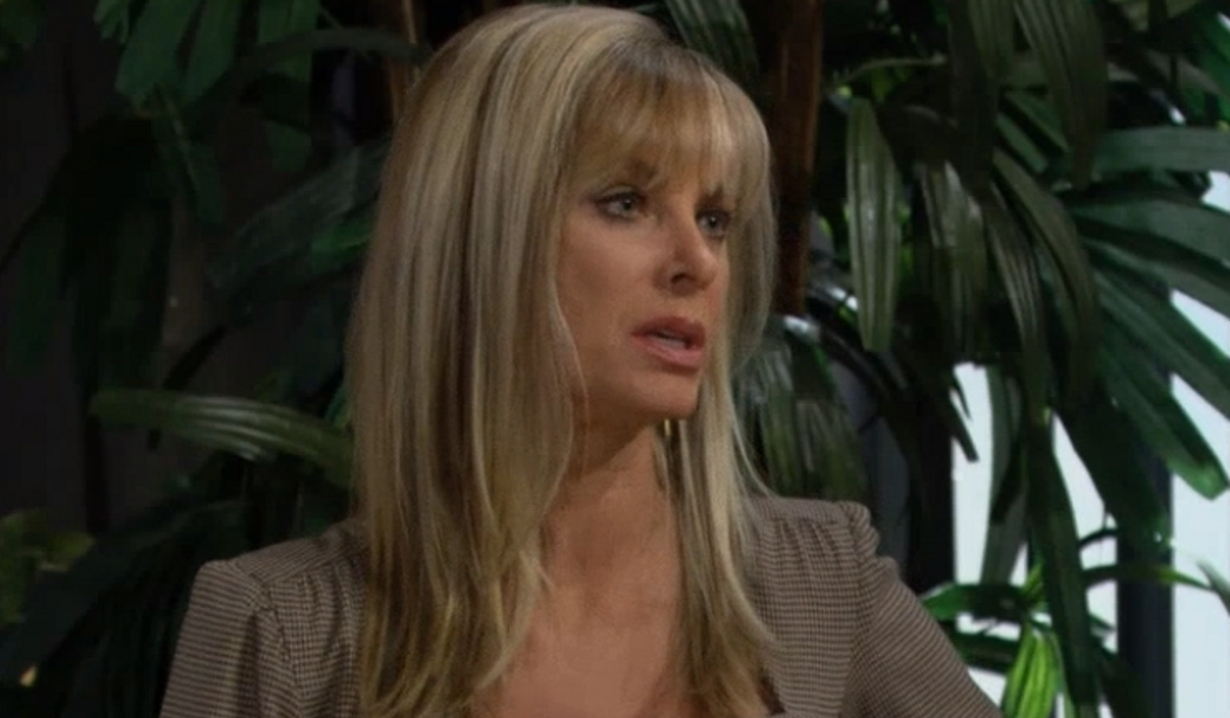 At the penthouse, Adam explains to Jack and Chelsea that he has a strategy to save Jabot. But it means cutting Billy loose. Chelsea can’t believe he’d ask for that. Jack refuses to hide while Victor wages war on his brother. “Then you’re going to lose,” Adam warns, pointing out that his father will destroy everything the Abbotts have. Jack vows to preserve the legacy that his father set in place and storms out. Chelsea asks Adam how much he hates Billy. He insists that this isn’t personal but it’s personal for her. She urges him to walk away from his father and all of this. He claims he’s keeping an eye on his father. Plus, he’s doing Billy a favor by giving him a chance to get his family back. She kisses him.

At the Club, Phyllis tells Billy that he should take the fall. He concedes that he doesn’t need the family business to stay happy. She doubts his brother would ever sacrifice him. Billy insists that they can’t peacefully co-exist with the mustache.

Victor visits Ashley in her office. She wants to make a deal. They compare dirty laundry. He tells her about all the blood on Jack’s hands. She offers him 50 million to save Billy. He suggests she add a zero to that and strolls out. Later, Jack, Phyllis and Billy join her and she tells them what Victor wants. Billy offers to quit and let Victor come after him. Jack refuses and insists he can work out a deal. Billy starts shoving him, barking that there is no negotiating with ‘Lurch’. Jack walks out. Ashley tells Billy that he’s their biggest problem and she’s determined to pay Victor off. Billy slouches and drifts away.

In a park in Mallorca, Marisa visits her daughter at a school with Luca. She starts crying. The little girl’s mother calls her away. Luca tells Marisa that what happens next is up to her.

Luca and Marisa go back to their room. Noah calls and tells her that Luca has been lying to her. He urges her to get away from him fast. When she gets off the phone, she confronts Luca. He admits that he’s let her think the worse, but he’s made sure their daughter has been taken care of. He calls in Carmen, the woman who has been raising their child. Carmen begs them not to take away the little girl. Marisa is grateful for all she’s done. Although she came to take her daughter back, she can’t after seeing them together. They embrace in tears and Marisa asks her to take care of her daughter. Once Carmen is gone, Luca tells Marisa how proud he is of her.

At Crimson Lights, Noah asks Kevin to dig into Luca’s background. Kevin quickly discovers the Santori family has been investigated for arms dealing among other things. Mariah warns Noah not to mess with these people.

Kevin and Mariah go into The Underground. He explains that he and the hacker have found a way to make computers hack proof and they could make a fortune out of it. Billy eavesdrops on this. When Mariah steps away, Billy joins Kevin and tells him about what Victor has been threatening. He wonders if Kevin has any idea how to get out of this mess.

Noah rushes up to Victor in the Club and demands to know why he is doing business with the Santoris. Victor warns him to stay out of this and claims accusations against that family are unfounded. He tells him that he’s too good for Marisa. Noah refuses to let his grandfather bring criminals into their lives. The mustache suggests he let him worry about that. “Don’t make the same mistake Billy Abbott did,” he says. Noah walks away as Jack arrives. He offers to come up with a compromise so they can all move on. Victor advises him to let Jabot dissolve and enjoy retirement. Jack tells him to go to Hell. He’ll happily go to jail to preserve his family. “You want a war, you just got one,” Jack says. Victor is ready. Meanwhile, Noah sits on the steps and calls someone to say he has information about a federal crime.

“Is there something wrong with my behavior? The way that I’m thinking or feeling? You think I need to go back to Fairview?” Sharon asks.

“I thought I’d box up the nursery,” Nick says. “What are you trying to do? Pretend that Christian never existed?” Sage asks.

“Not only did she sleep with him, she claims now that she has feelings for him. Is that right?” Cane says to Lily and Devon.