Summary for Thursday December 3 2015: Marisa pleads with Luca, Ashley confronts Billy and Phyllis, and Victor does a deal. 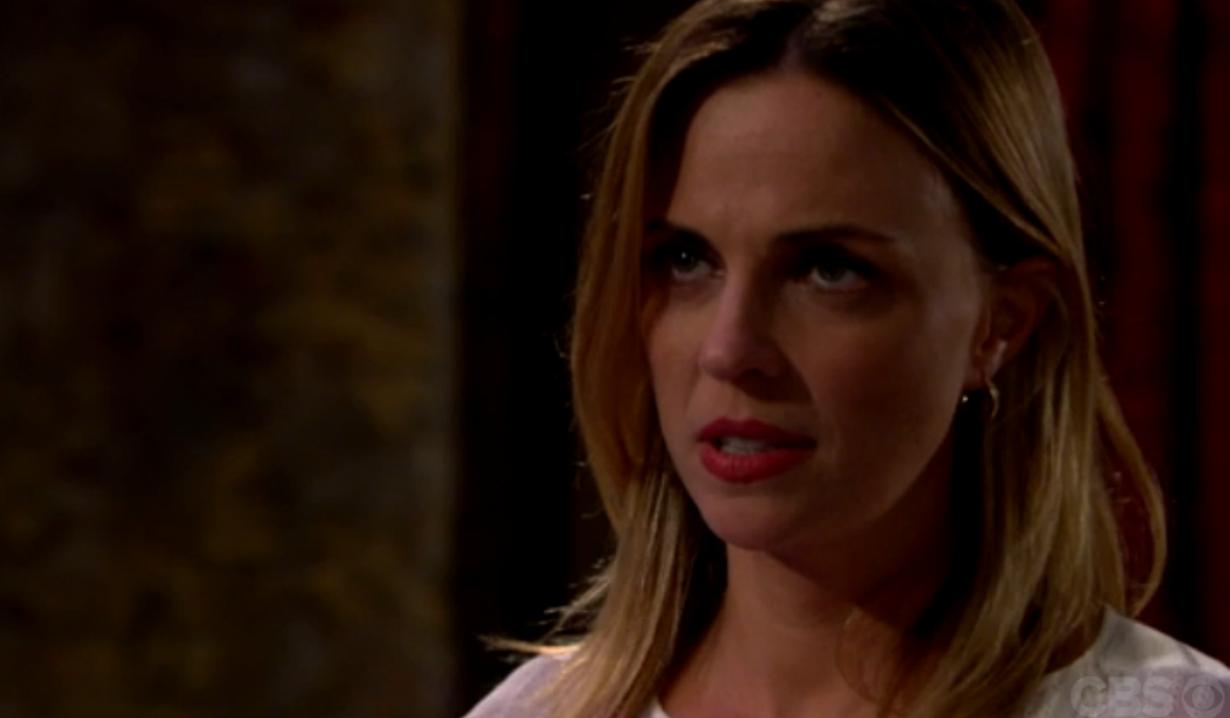 At The Underground, Nick talks to Sage about her working so much. He wants to reconnect, but she thinks he’s trying to distract her because Sharon’s baby is being christened today. Nick didn’t think she’d want to go. Sage says he should go for Dylan. He won’t go without her. She agrees to go together.

At the church, Dylan tells Sharon how much he loves her, and is proud of her. Faith arrives with Noah and Mariah. Stitch and Abby follow. Stitch will be the godfather, and Mariah is the godmother. Dylan makes a remark about Abby and Stitch starting a family. Stitch and Mariah go to find out what they need to do. Faith tells Sharon that Sage is mean and she wants to move back in with her and Dylan.

At the Club, Victor tells Adam he eradicated the Paragon virus. Adam wonders how they’ll raise the capital to rebuild the company. Luca appears. Victor says he’ll help them, and introductions are made. Marisa appears and Luca joins her. Adam and Victor discuss partnering with the Santori family. Victor also wants Marisa gone – he doesn’t want Noah making the same mistake Victoria made with Billy Boy Abbott. Adam snarks about Victor interfering in his family member’s lives. Victor thinks Adam understands that family is the only thing that matters. By the bar, Luca tells Marisa he’s going home since she slept with Noah and he’s made a lucrative deal with Victor Newman. He refuses to tell her where their daughter is. Marisa gets a text from Noah, wondering if she’s coming. She replies, “Can’t do this.” Luca rejoins Victor and Adam to sign papers. After, Adam and Luca have an exchange about Marisa not being the type to take orders.

At Chancellor Park, Victoria talks to Nikki about her problems with Billy. Nikki understands. Victoria understands how Billy feels about Victor pulling strings, but it doesn’t justify what he did. “We’re really over this time, Mom.” Nikki cautions her about making big decisions in this state of mind. Victoria notes Nikki always goes back to Victor. Nikki says he always stands by her and talks about how she fights every day to be with him. “He truly has his family’s interests at heart.”

At the church, Noah reads Marisa’s text and leaves, as Sharon and Dylan tell Faith they’ll discuss moving later. Nikki and Victoria arrive, and Mariah explains to Sharon and Dylan what happened with Sage and Faith. Just then, Sage and Nick arrive. Sharon takes Nick aside to address the issue. She understands what they are going through, and offers to have Faith spend more time at their house. Nick then tells Sage about his exchange with Sharon. Sage is grateful she was understanding.

At the park, Marisa tells Noah that Luca is leaving and won’t tell her where her daughter is – she’s despondent. Noah is disturbed to hear that Victor went into business with the Santori family. He insists he’ll help find her daughter, but Marisa says there’s nothing more he can do for her.

At Jabot, Phyllis and Billy read about Ian’s incarceration. Billy grumbles that he drove Vikki away and won’t be able to make Jack understand. Phyllis notes he won’t be happy with her either. Billy wonders if Victor knows he unleashed Paragon after the fire. Ashley appears and says, “Probably.” She does too. Ashley wonders what he was thinking. Billy rants about justice for Delia and showing Victor a taste of what he’s been through. Ash hopes it was worth it. Phyllis defends Billy. Ash says she’s lost respect for him, and Jack will too. She feels Victoria won’t forgive him either. Phyllis urges Billy to go speak to Victoria from the heart. He leaves. Ashley confronts Phyllis about helping Billy. She says Victoria won’t forgive Billy, and Jack won’t forgive her. Ash can’t believe Phyllis would put Jack at risk. Phyllis hisses that she has no idea what Victor did to her! Adam is in the doorway. Phyllis says he ruined her honeymoon and leaves. Ash tells Adam she figures Victor’s coercing him; she feels sorry for him because she knows how this ends – Victor will use him and then renege on all his promises. Ashley tells Adam he doesn’t have to keep doing this.

Billy arrives at the church and Victoria tells him he can’t be there – it’s family. Billy wonders if he’s no longer family. He talks about trying to get over his loss and calls her father an egomaniac. Billy asks if she’ll cut him out of her life. Victor appears. He bets she will. Victoria walks off. Victor taunts Billy that he did all the damage to himself. Meanwhile, Nikki chats with Stitch about babies, and Sage approaches Sharon and asks to hold the baby. She takes him and looks at his face.

In Luca’s suite, Marisa pleads with him to help her find Ava. He wants them to be a family and talks about how good they were together. She admits she still feels something for him. They kiss and he starts undressing her.

Noah asks Marisa, “How’d you get him to stay? Did you sleep with him?”

Billy tells Victor, “Adam’s not going to stop until he destroys you, and that’s something I can relate to.”

Paul tells Victoria, “There’s been an accident. It’s about Billy.”