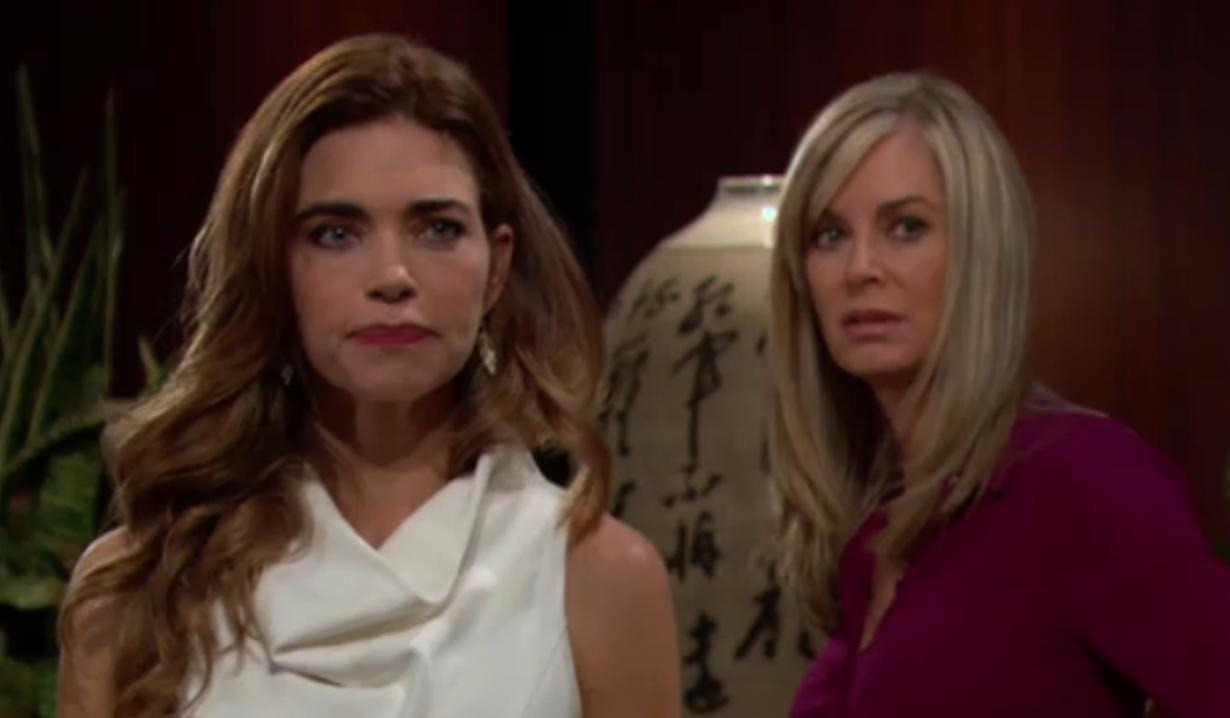 At Jabot, Billy insists to Victoria that he’s not planning anything against her father. She’s not convinced. Elsewhere, Ashley reminds Abby she’s supposed to be meeting with the wedding planner. Abby is more concerned with work, but revises her thinking and leaves. Ashley then joins Billy and Victoria and wonders what’s wrong. Billy deflects and leaves for a meeting. Victoria and Ashley worry that Billy is plotting with Phyllis. Ash’s gut tells her Billy wants to hurt Victor and won’t care who he harms in the process. Victoria says there’s a way to get to the truth. She calls about the lead in Geneva. When Billy returns, Victoria says, “You lied to me.” She rants that he sent Jack to Geneva for no reason. “You didn’t cover your tracks, and you got caught.” Billy denies it. Ashley thinks Billy sent Jack away so he’d have more time to do damage with Paragon.

At the motel, Ian tells Victor to go ahead and kill Phyllis. Phyllis acts as though Victor’s choking her to death, so Ian steps in. Victor hands him his coat and they go out the door.

In the electrical room that Ian wreaked his destruction from, Victor orders him to turn it off. Ian says he can’t do anything about the virus. He shouts that it has a mind of its own. Phyllis tells Ian to stop messing around; their lives are at risk. Victor grabs Ian by the lapels. Ian swears on his soul he can’t turn the damn thing off. Victor wants to destroy the computer itself. Phyllis says it doesn’t work that way. Victor hollers he’ll destroy the whole room and goes to it. Two men arrive – federal agents – and take Ian away. Ian tells them it won’t be the end of the story. Victor tells Phyllis she played her part very well.

At Jabot, the lights go off and on. Billy wants to go see what’s happening, but Victoria tells him he’s not going anywhere. They argue heatedly. Billy admits he wanted some justice for his daughter – her father is a heartless man, but he’s not untouchable. Victoria says they’re done and storms out.

At The Underground, Stitch is with the wedding planner, Nona, waiting for Abby. She presses him to decide on the destination and venue without Abby. He reluctantly does so. Abby arrives and Nona says she’s out the door. Stitch shows Abby what he chose. Behind the bar, Nick and Sage discuss her conflict with Faith. Sage rants that she has no idea how to handle things with a kid; she has no child of her own. Nick says she’s usually great with Faith, but she feels he’s pointing out her lack of maternal instincts. Nick can’t convince her otherwise; she goes out for air. Abby and Stitch check in with Nick, who explains he and Sage are having difficulties. He mentions it’s a good thing he doesn’t have to be at Newman. Abby is stunned to hear Victor basically pushed him out of the family business. She feels he’s a huge asset. Nick says, “Not for what he has planned.” He hints that things are going to get ugly and explains that Victor thinks Billy brought Paragon back after the fire. Abby realizes that’s why Victor needed Adam. Nick warns Victor’s going to crush anyone who stands in his way. He advises Abby that her future with Ben is the only thing that matters. Ben thinks it’s good advice and worries about her being caught in the crossfire. Abby wonders if Ben wants her to quit. Stitch says she just needs to make it clear she won’t fight. He then asks if she’ll stop working when they start a family. Abby is irked, but he insists he was just asking. Talk turns to wedding plans.

At the penthouse, Chelsea and Adam discuss the holidays. Chelsea wants to do something; she tells Adam and Connor to put on coats.

At Chancellor Park, Chelsea, Adam and Connor run into Sage, who hadn’t heard Adam was set free. Chelsea takes Connor, so Adam can check how Sage is doing. Sage opens up about her troubles and the incident with Faith. Adam reassures her. She’s afraid if she shows Nick the dark feelings inside her, they won’t survive. Adam puts into words what she’s going through, and she says he really understands. Adam urges her to fight for what she has with Nick – he and Chelsea did it. He tells Sage she’s not alone; Christian’s father is suffering too. Adam puts his arm around her.

At the penthouse, Adam tells Chelsea he’s not sure he helped Sage. She wonders if he feels guilty for being part of a happy family. Adam says it reminds him how they felt after the miscarriage. Chelsea nods. They embrace. Once alone, Adam flashes to Victor saying Christian was his son. Victor calls and says he brought down Ian and Paragon, now together, they’ll bring down Jabot. Chelsea reappears. Adam says Victor is going to make him pay for his freedom.

At The Underground, Sage flashes to Nick proposing and smiles. Nick appears and apologizes. She says it should be her apologizing. They embrace.

Sage says to Nick, “I saw the invitation; Sharon’s baby’s being christened.”

Luca says to Marisa, “Thirty days are up. You failed to keep your end of the bargain.” 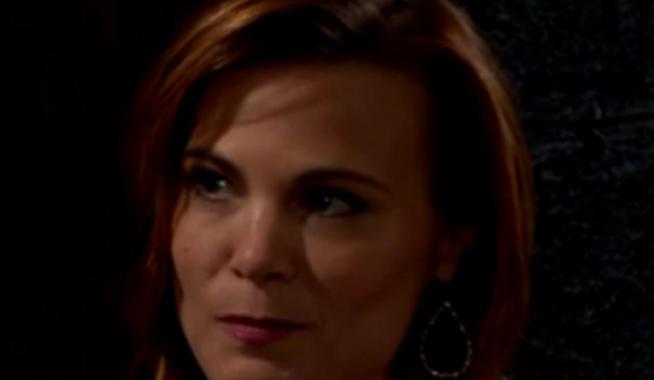 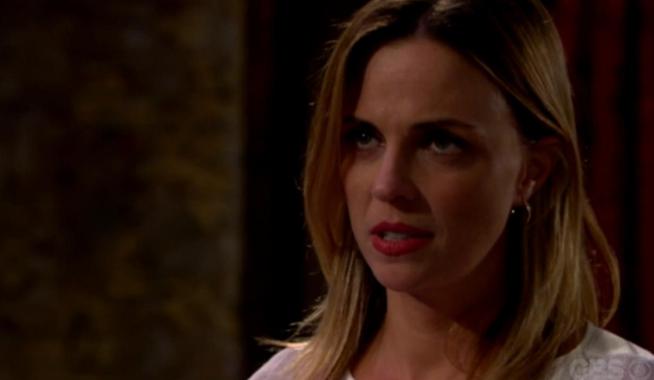