Summary for Tuesday December 1 2015: Adam and Chelsea discuss Victor, Sage has a difficult time, and Sharon informs Dr. Anderson about her plans. 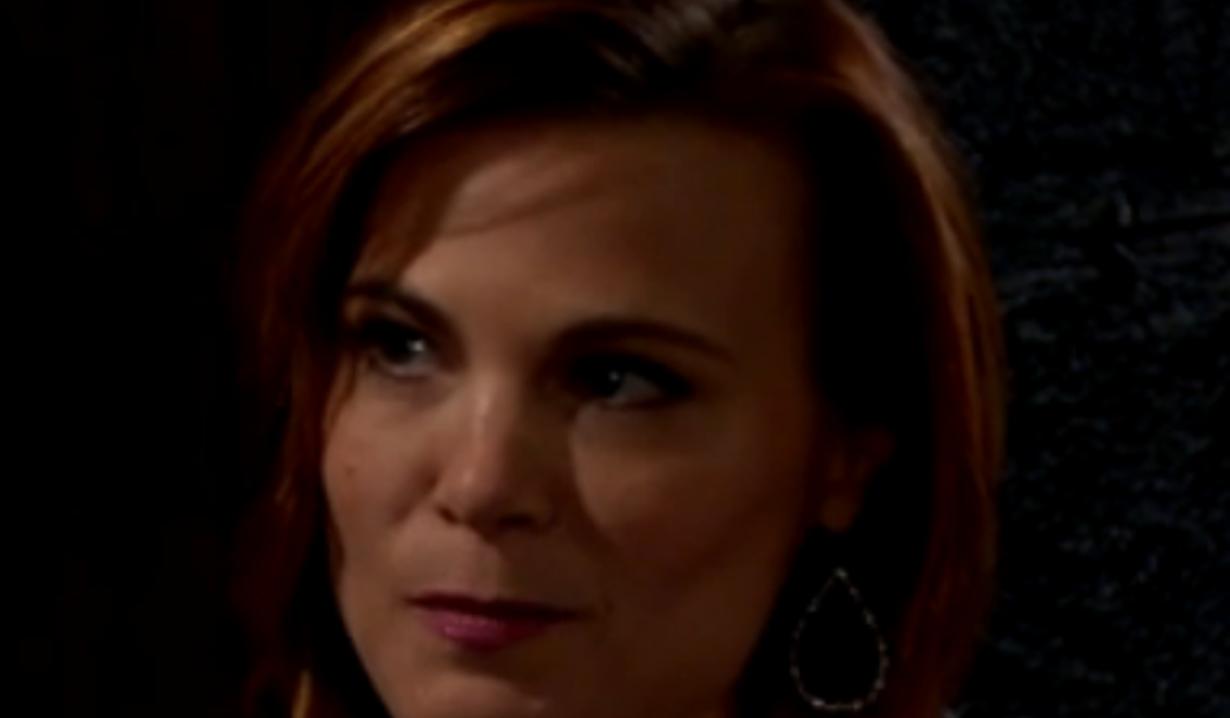 At a motel, Ian tells Patty he appreciates her saving him, and her tender care. She says she’d do anything for him and wants to start by responding to Phyllis’ video. Ian muses that Phyllis may have set a trap for him, but he’s going to spring it.

At Jabot, Victor encounters Phyllis and tells her he came to see Ashley about her and Billy Boy, who seems to be working on something together. Phyllis says she tracked down Ian and explains about the video. Victor wonders how she knows it was Ian who saw her video. Together, Phyllis and Victor watch Ian’s video response, in which Ian mocks Victor and asks to see her at the Genoa City Motor Arms, room 24. Phyllis tells Victor she’s going there. Victor is suspicious about what she’s up to and wants to go too.

At the motel, Ian chuckles to Patty that Phyllis viewed his video. He tells Patty that Phyllis won’t bring the cops, but she’ll bring Victor. Patty doesn’t like him – his dog scared her kitty. Ian gives Patty a one-way ticket to Paris and a new passport so she won’t get locked up again. There is also money in a Swiss bank account. She doesn’t want to leave him, but he convinces her to go. Phyllis arrives. Ian asks if Victor wants to come in. Victor appears, smirking. “What’s next?” Ian says they came for nothing. Phyllis tries to sweet talk him into telling them how to disengage the Paragon virus. Victor feels it’s the least he could do after leaving people to die in a fire. Ian says he was the only one left in the fire – Adam must want to take Victor down himself. Victor gets serious. “You stop Paragon now!” Victor picks up Ian’s filet knife. Ian says he’s no longer in control of Paragon. Victor grabs Phyllis and holds the knife to her throat. “You kill Paragon, or I’ll kill your girlfriend. What’s it going to be?” Ian looks horrified.

At the penthouse, Adam and Chelsea decide against a quickie on the couch and go upstairs to make love. After, they hear Connor arrive with Anita downstairs. Adam assures Chelsea nothing will tear their family apart again. They prepare to decorate the Christmas tree. Anita takes Connor to the kitchen and Adam kisses Chelsea under the mistletoe. Chelsea mentions his deal with Victor, and cautions him about getting too excited about working with his father. Adam says if he disappoints him, he has her and Connor. Anita leaves Connor with them, and they put the star on the tree and kiss.

At The Underground, Faith looks at a photo of Sharon, Dylan, and the baby and asks Nick to take her to Fairview. Nick thinks it might be too soon. Sage arrives. She urges Nick to keep his promise and take Faith. They go. Mariah arrives and discusses orders with a tense Sage. Mariah suggests it might be too soon for her to return to work. Sage snaps at her to mind her own business, but then apologizes.

At Fairview, Dylan and Sharon admire the baby. Dylan wants to take them home. Soon, Faith and Nick arrive. Nick stays outside with Dr. Anderson, while Faith meets ‘Sully’. Dr. Anderson offers him therapy again. Nick says it couldn’t hurt to talk to somebody. He admits he feels a little jealous of Sharon and Dylan, and they discuss Sage. Dr. Anderson suggests he turn to her if Sage isn’t ready to support him. Dylan joins them. Anderson goes in with Sharon and Faith, who has an ornament for Sully for their Christmas tree. Dylan and Nick talk. Nick says he’ll be a good dad. After, Sharon informs Dr. Anderson that she and Dylan are taking their son home…today. Anderson excuses herself abruptly. Sharon worries, but Anderson returns with release papers.

Nick and Faith return to The Underground. Faith tells Mariah how cute Sully was and talks about staying with Sharon and Dylan. Sage snaps at Faith that her father needs her right now. “You’re being very selfish.” Nick cautions, “Sage.” She apologizes. After, Sage tells Nick that it felt like Faith was choosing Sharon and Dylan over them. She tries to make it right, but Faith asks Mariah to take her out of there.

Nick tells Abby, “Dad basically pushed me out of the family business.” Abby asks, “What?”

Ashley looks on as Victoria says to Billy, “You lied to me.” 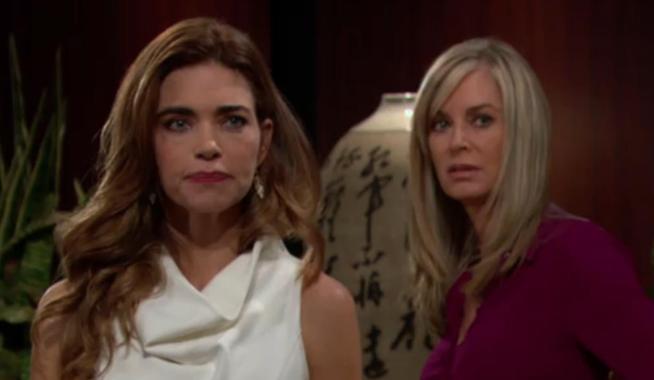