Summary for Tuesday November 24 2015: Victor has a proposition for Adam, Mariah visits Sharon, and Neil comes to a realization. 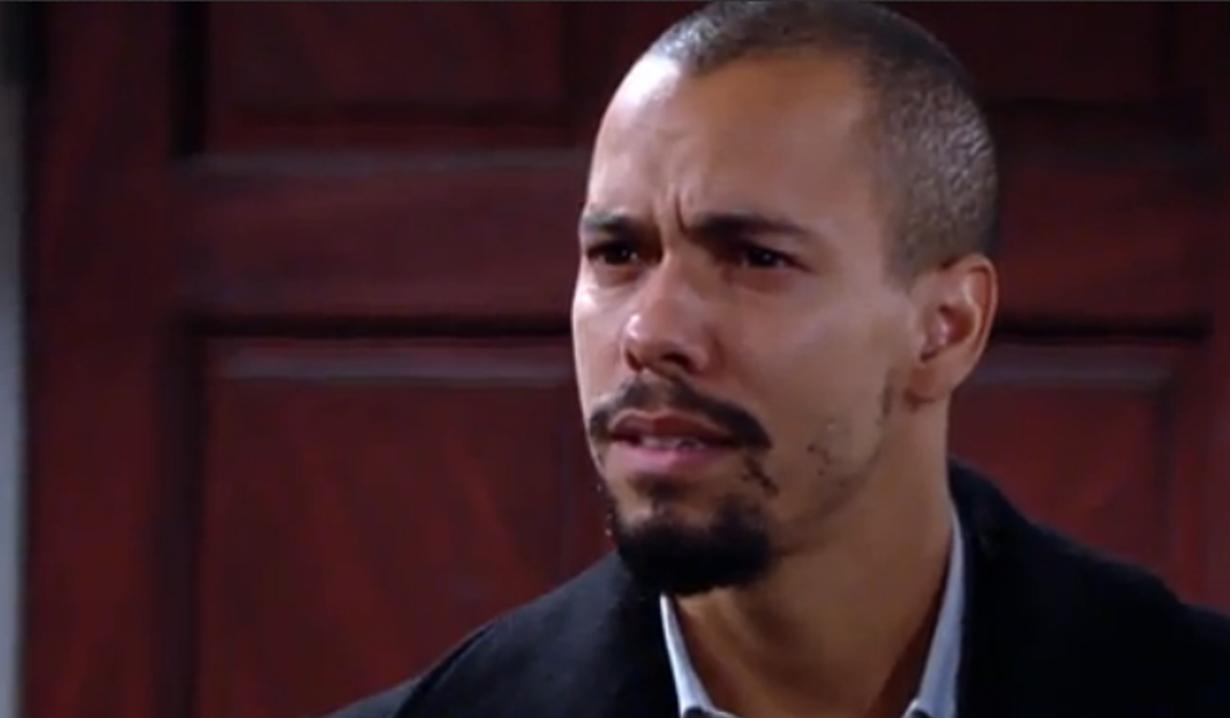 At Fairview, Sharon holds Christian and asks Dr. Anderson how this is possible. Anderson tells her she had to medicate her for the birth. Sharon gets over having no memory of it, and wants to call Dylan. Anderson says she’ll notify Sharon’s family. Sharon marvels at her new son and tells Anderson coming there was the best decision she ever made. Anderson muses that the baby boy is the spitting image of his father.

At The Underground, Mariah tells Kevin she wants to figure out how to get in and see Sharon. Kevin’s on his way out of town – he’s following a lead on Paragon for the Abbotts and Victor is fully on board. Mariah’s suspicious. She gets a call from Dr. Anderson, who tells her she has a new baby brother. Mariah stammers, but Anderson assures her it was a full-term birth. She claims Sharon still doesn’t want visitors and asks her to inform the other family members. Mariah asks Kevin, “Why did Sharon’s doctor call me and not Dylan?”

At the prison, Victor tells Adam he’s a very lucky man. They bicker about Adam lying to Chelsea. Adam has no intention of telling her he was the father of Sage’s baby. Victor tells Adam that Chelsea believed him about Ian Ward, and convinced him to change his mind. Adam asks if Victor believes he left Ian for dead and had nothing to do with the resurgence of Paragon. Victor confirms it. He says he thinks Billy Boy Abbott is involved with Paragon. Adam’s skeptical. Victor thinks Billy has an accomplice – Phyllis. Victor tells Adam he needs to strike first, but he can’t do it alone. Adam assumes he’ll blackmail him into it. Victor says he already called Moxley. Adam wonders what he wants. Victor needs a partner who thinks like he does. Adam won’t stab Jack in the back. Victor says he’ll only have to take on Billy and Phyllis. Adam isn’t sure about trusting Victor, but says he likes a long shot. “I’m in.”

In Hilary’s suite, she tells Devon that she doesn’t love him; she loves Neil. Devon can’t forgive and forget what Neil’s done. Devon calls Paul, who tells him they have a lead on Dr. Neville. Devon says he knows more and is on his way to speak to him in person. Hilary follows Devon into the elevator. She says she’ll do anything to save Neil. “What do you want?” Devon just wants his wife back. She offers sex in the elevator, but that’s not the kind of man he is. She’ll move back in with him; whatever it takes. Devon can’t have her back in his life knowing that she’d be doing it for Neil. The elevator opens and Neil is there. He will go with Devon and turn himself in at the station. In her room, Hilary is frustrated and flashes to kissing Neil. She cries that she can’t lose him.

Dylan knocks on Dr. Neville’s motel room door. Neville calls, “Mrs. Hamilton is that you?” Dylan busts in. They skirt the issue of credentials. Dylan questions him. Neville claims he has no idea who Hilary’s benefactor was, and says he took her to Memorial when there were complications. Dylan muses that he came back to give her more pills. Neville talks about saving lives with his research. Dylan warns he’s in a lot of trouble. Neville says he’s not the bad guy. Dylan says, “Tell me who is.” They spar verbally until Dylan offers Neville a reduced sentence in return for the name. Neville says he’ll tell him on one condition. Dylan calls Paul and asks him to come there alone.

At Fairview, Mariah insists on seeing Sharon and the baby. Dr. Anderson shows her into Sharon’s room, where she admires the baby. Sharon tells her, “My son’s here, thanks to Dr. Anderson.” Mariah holds the baby and asks about her not wanting visitors. Sharon says that must be a misunderstanding. Mariah says she left Dylan a voicemail, but will text him.

At the motel, Dylan gets a text from Mariah. He calls and gets the baby news from Sharon. Neville fills a syringe and plunges it into Dylan’s shoulder. Neville disconnects Dylan’s phone from Sharon. When Paul arrives, he finds Dylan alone and unconscious.

At Fairview, Sharon is agitated; she thinks Dylan’s in trouble. Dr. Anderson wants to medicate her, but Sharon needs to make sure Dylan’s okay.

At the station, Kevin tells Neil and Devon that Paul is out. Neil tells Devon he has to lose his freedom to set himself free. He thinks Devon and Hilary will fall in love again while he’s in prison. Devon complains that he often imagined getting payback, and now the only way is to send his father to prison. Neil says he deserves to do time. Devon decides he can’t let Neil destroy his life.

Hilary tells a reporter that she was seriously injured and the person who held her was just trying to save her.

As Cane listens, Colin tells Joe over the phone that he has a business proposition that might suit someone with his particular talents.

Lily sits up in a messy bed and holds a sheet over her nakedness as Cane enters. She asks, “What are you doing here?” 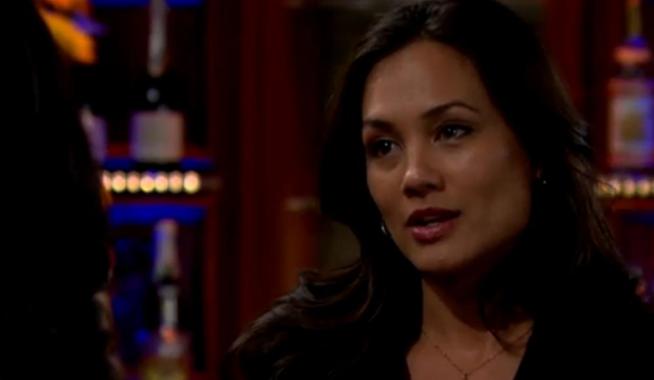 Y&R Day Ahead Recap: Neil comes clean to Devon about everything, and Sharon wakes up to a surprise

Y&R Day Ahead Recap: Cane makes more than one discovery in Joe’s suite 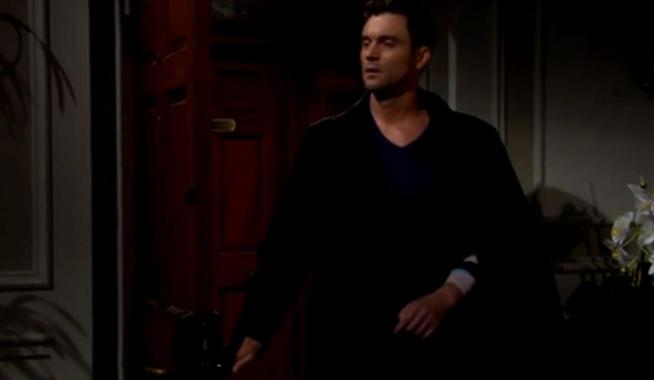