Y&R Day Ahead Recap: Neil comes clean to Devon about everything, and Sharon wakes up to a surprise

Summary for Monday November 23 2015: Dr. Anderson has a run-in with Nick, Victor has a change of heart, and Paul questions Joe. 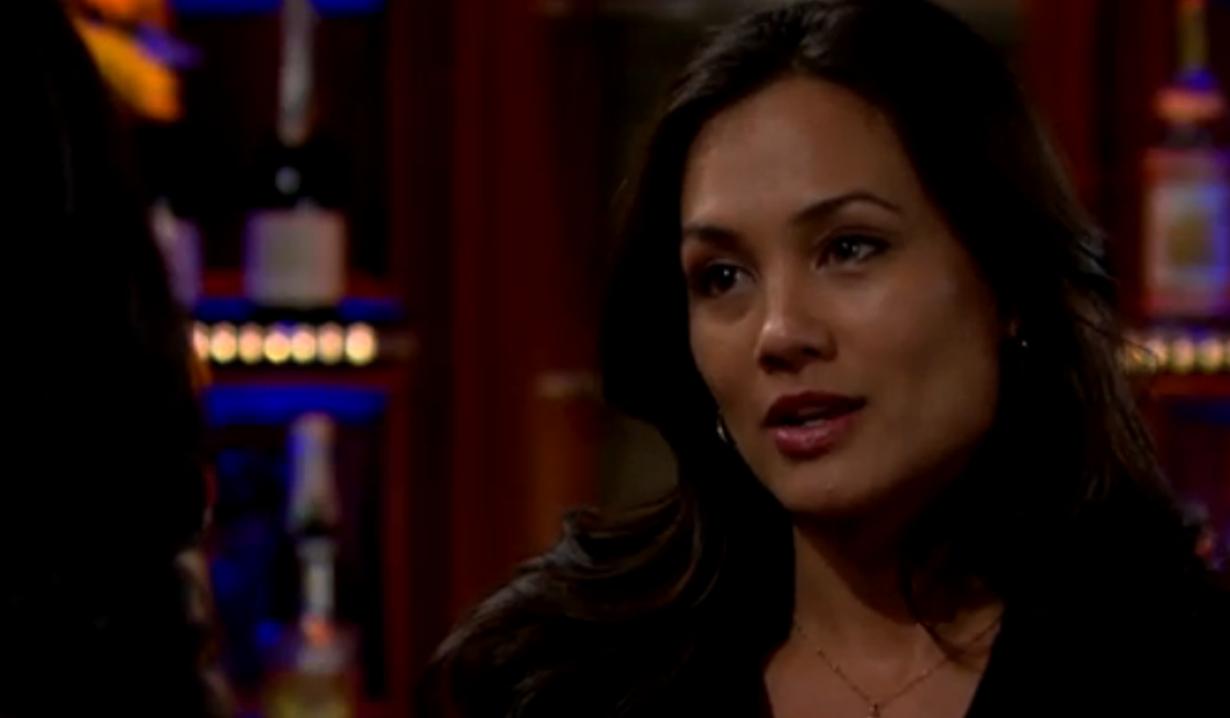 In Hilary’s suite, Neil tells Devon he knows that really happened to Hilary. Gwen exits. Neil tells Devon that he followed them on their honeymoon because he hated them for what they did to him. He says he showed Hilary the video of him and the hooker, which he set up, on the hiking trail. Neil says Hilary must have fallen afterward and describes how he panicked and flew her back to Genoa City. Devon pushes him up against the wall, furious that he had Hilary the whole time and didn’t tell him. Neil insists he wanted to reunite them. Devon’s not buying it. Neil tells him how Gwen and Neville got involved. Devon feels Neil did it all to save himself. Neil insists Devon’s suffering killed him. Devon says if Hilary had died, Neil would have saved his own ass and watched him spend the rest of his life in prison. Neil denies it. Devon talks about the months he thought Hilary was dead – he also thought he had his father back again. “It’s all lies.” Devon wonders what Lily will think. He says Neil is still hurting him. Downstairs, Hilary tells Lily that Dylan went to search for Dr. Neville. She says she remembers the affair with Devon, but wants a life with Neil. Joe appears. Lily tells him her brother’s marriage is imploding just like hers. Joe says, “Come with me.” At the bar, Hilary texts Neil. She is thinking about Neil keeping her in the boathouse when Gwen appears. She tells Hilary that Neil made his choice and she did too. She informs Hilary that Neil’s going to prison – Devon will see to it. Hilary asks why Gwen would do this, and heads upstairs. She hears Devon tell Neil what he did was criminal. Hilary tells Devon he’s not calling the police and informs him she knows everything. Devon can’t understand her defending Neil. Hilary tells Devon she has her memory back, but still doesn’t love him.

At the station, Cane tells Paul he needs his help to clear his name. He says the evidence against him was planted and asks Paul to arrest Joe Clark. Paul tells him Joe sleeping with Lily isn’t a motive. Cane insists he’s not jealous – the man will do whatever it takes to have Lily for himself. Cane tells Paul that Joe tried to kill him in the Newman fire. Paul says there’s no proof. Cane asks him to at least question Joe – he knows he tried to kill him.

At Crimson Lights, Lily tells Joe he’s been a good friend. Joe gets a call from Paul to come to the station.

At the station, Joe gets angry when Paul questions him. He says he didn’t frame Cane, or try to kill him, just like he didn’t rape Avery. He threatens to sue for harassment. Elsewhere, Lily confronts Cane for accusing Joe. Cane tells her to wake up. Lily tells Cane he needs to wake up – he is the one pushing her away and ruining their marriage. Joe and Paul appear. Lily leaves with Joe. Paul tells Cane that Joe never left the ballroom and couldn’t have locked him in the room. He does think he’s up to something, however. Cane asks about the extortion. Paul can’t do anything without proof.

At Fairview, Sharon freaks out over her baby being gone. She decides she has to find Nick and get her baby back. The orderly stops her from leaving with an injection.

At the hospital, Dr. Anderson offers to help Nick work through his grief. Sage rejoins them. Anderson tells them after working with Sharon, she feels she’s known them forever. She stuns Nick and Sage by going on a rant about the Newman family and how they will do anything to protect their own. Nick is affronted and Anderson backtracks. “I’m sorry for the misunderstanding.” She gets a call about Sharon and leaves.

At the tackhouse, Victor tells the sitter he’ll watch Faith, who tells him Sage cries about Christian but Daddy tries to be strong. Victor and Faith discuss Christian being in heaven with Cassie, and how they miss him. Victor tells her to focus on how many people love her. They hug. Sage and Nick arrive. Sage takes Faith upstairs. Nick tells Victor they went to therapy. Victor says he came about Adam. Victor says Chelsea reminded him that Adam went back into the fire to save her and Connor – if he’d been working with Ian he wouldn’t have done that. Nick wonders if he thinks Ian set Paragon loose on Newman alone. Victor thinks Billy is also involved. He foresees a dirty battle. Nick knows Adam is good at that, and he’s not. Sage reappears and Victor goes. Nick tells Sage he just got pushed out of the family business. They discuss the situation. Sage asks Nick not to let this consume him.

Anderson arrives at Fairview and thanks the orderly. She tells Sharon’s sleeping form, “Don’t worry. You haven’t lost your baby.” Later, she wakes Sharon up and congratulates her on the birth of her little boy. She hands her Christian.

At the Club, Victor calls Elise Moxley and tells her to get Adam out.

Victor tells Adam, “Your loving wife convinced me to change my mind.”

Devon says to Hilary, “You have to remember how much I love you and how much you loved me.” Hilary says, “All I remember is that I cheated on Neil.”

Dr. Neville asks through his motel door, “Mrs. Hamilton, is that you?” Dylan busts into the room. 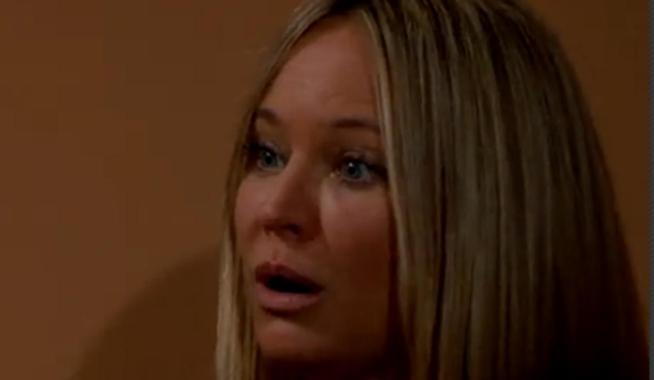 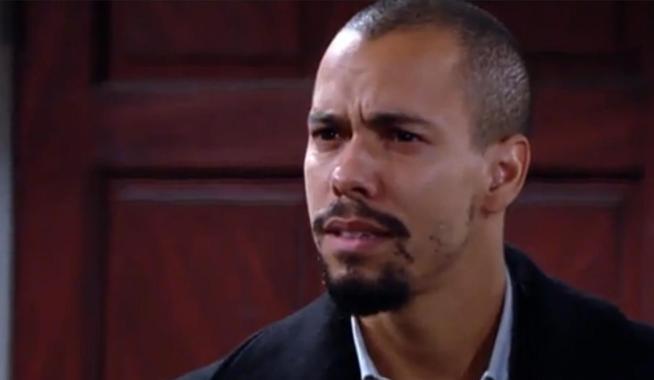