Y&R Day Ahead Recap: Nikki learns the truth about what Victor has on Elise Moxley

Summary for Monday November 16 2015: Billy and Phyllis form a pact, Ashley blows up at Stitch, and Katie’s birthday party is held. 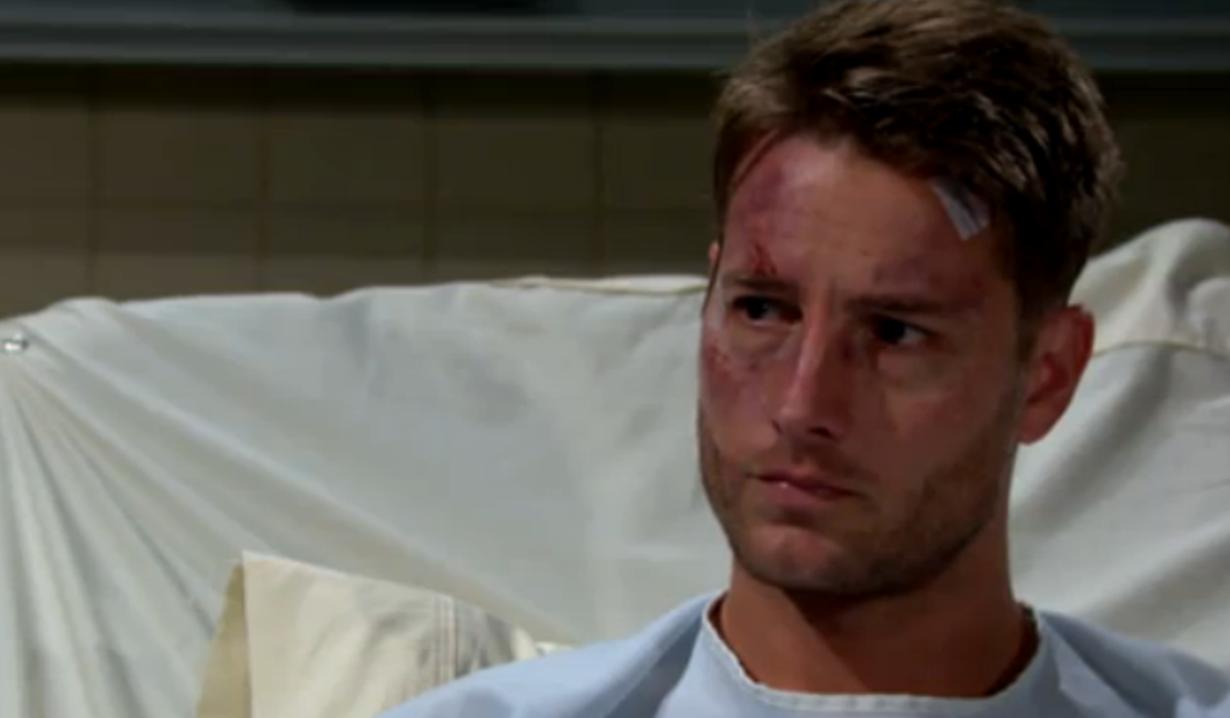 At the hospital, Chelsea and Adam make out. He tells her he’s been brushing up on Judge Elise Moxley. Billy enters. He says he’s there to thank Adam for saving Ashley and Abby. He still wants Adam to serve his sentence, however, and is upset he’s appealing. Adam says it won’t bring Delia back. Billy snaps, “Tell it to the judge.” Chelsea worries about the judge’s reputation. Adam reassures her. She realizes he cut a deal with Victor and is very concerned. Adam says it’s his last chance for a life with her and Connor. She says Victor always ends up on top, and leaves. Elise Moxley enters and tells Adam his future is in her hands. She says there’s not enough extenuating circumstances to reduce the sentence. He wonders why she’s there if she’s already made up her mind. Moxley tells Adam that if she doesn’t grant him his freedom, his father will ruin her life and her career. In Stitch’s room, he is saying Ashley’s name in his sleep when Abby wakes him up. She informs him he had a nightmare and tells him he can forget about what happened in the fire. Outside the door, Ashley plans a romantic wedding for Abby and Ben by phone. She joins Abby and Ben. Abby tells Ashley he had a nightmare, and Ash says she’s been haunted by what happened too. She changes the topic to the wedding. Stitch says, “You don’t have to do this, Ashley.” Abby loves Ashley’s ideas but has to go. Once alone, Ash tells Stitch she’s not thinking about him anymore. Stitch tells her she’s a great mom, but a lousy liar. They bicker as Ashley tries to deny her feelings. She tells him he self-sabotages and can’t let himself be happy. They argue about his past relationships and how he walked away. Stitch counters that she is running from what’s between them because it makes her feel good. Ash tells him this can only end in heartbreak. Stitch insists he can’t think about the future unless Abby knows the truth about everything. Ashley panics and shouts at him. Stitch says Abby deserves to know. She says Abby deserves to be happy – they all do. “Don’t screw this up.”

At Jabot, Phyllis learns Jack is planning to meet Senator Moxley. Jack says Nikki told him Victor has no problem with Elise Moxley being put on Adam’s case – he wonders why. He says Nikki thinks Victor is twisting the judge’s arm and he’s meeting the senator to try and find out what Victor has on her. He’s worried about Adam being indebted to Victor. Later, Billy arrives and Phyllis tells him Jack thinks Judge Moxley is in Victor’s pocket. Billy is irked. He increasingly feels Victor is to blame for everything – including Adam being Adam. He wants to make Victor pay but won’t jeopardize what he has with Victoria. Phyllis also wants to bring Victor to his knees. “We’re in this together?” Billy shakes her hand.

At the Club, Victoria is talking about Katie’s birthday party but Nikki’s distracted. Victoria mutters about Victor and the Abbotts. Victor appears – he wouldn’t miss his granddaughter’s party for anything. As Victoria is asking Victor to be nice to the Abbotts at the party, Senator Moxley is seated. Victor joins him. Nikki tells Victoria she doesn’t know what’s going on, but intends to find out. Victoria goes. At the senator’s table, he tells Victor he doesn’t tell his wife how to rule in her courtroom. Jack arrives. The senator realizes they’re both concerned about his wife’s case, but reiterates that he won’t interfere. Victor returns to Nikki and tells her that Elise Moxley had an affair according to his sources. Nikki gasps. At the senator’s table, he assures Jack that Victor has nothing over his wife.

At Victoria’s house, Abby tells Vikki that Stitch and Ashley are still having nightmares. Talk turns to Abby’s engagement party. Victoria knows Abby and Ben are crazy about one another. Chelsea arrives, followed by Victor. Victoria and Abby are whispering about Victor’s good mood as Phyllis and Billy arrive. Chelsea tells Victor she knows about his deal with Adam. Jack arrives and whispers with Phyllis and Chelsea about Victor until Billy asks them not to talk shop today. Victoria, meanwhile, asks Victor to reconsider the Abbotts’ offer. Victor announces that he will accept their generous offer.

At the hospital, Adam tells Elise Moxley he has no idea what Victor has on her. Nikki enters. “I do.” She says Victor told her Elise had an affair. Elise asks, “Did he also tell you it was with him?”

Ashley says to Jack and Phyllis, “I wonder who we should be watching, Victor, or you and Billy?”

Chelsea enters Adam’s room to find Sage there. “Am I interrupting something?” 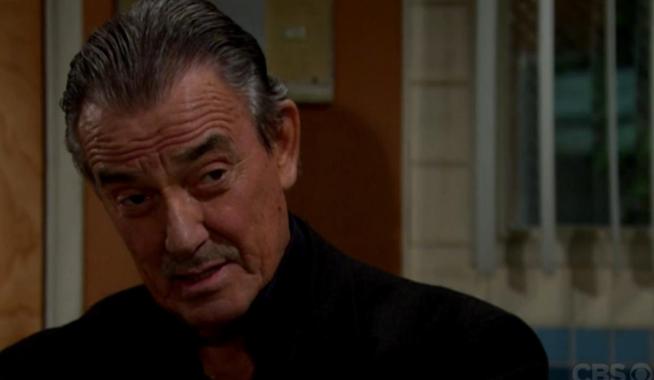 Y&R Day Ahead Recap: Adam decides whether to strike a deal with Victor after Judge Elise Moxley is put on his appeal case 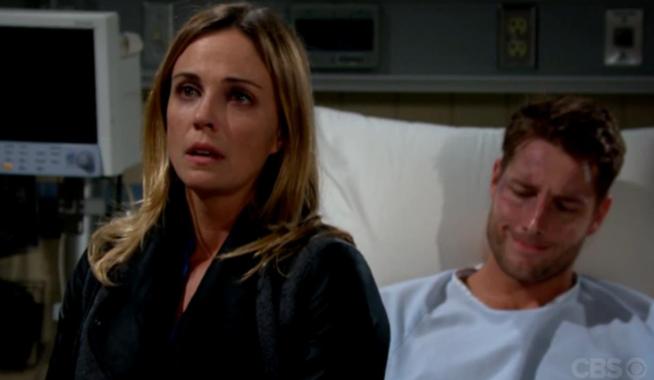