Y&R Day Ahead Recap: Billy stuns Phyllis and Jack with his proposal, as Victor intervenes to help Adam

Summary for Tuesday November 10 2015: Sage can’t face a memorial service, Jack approaches Victor with a plan, and Luca tells Marisa she made her choice. 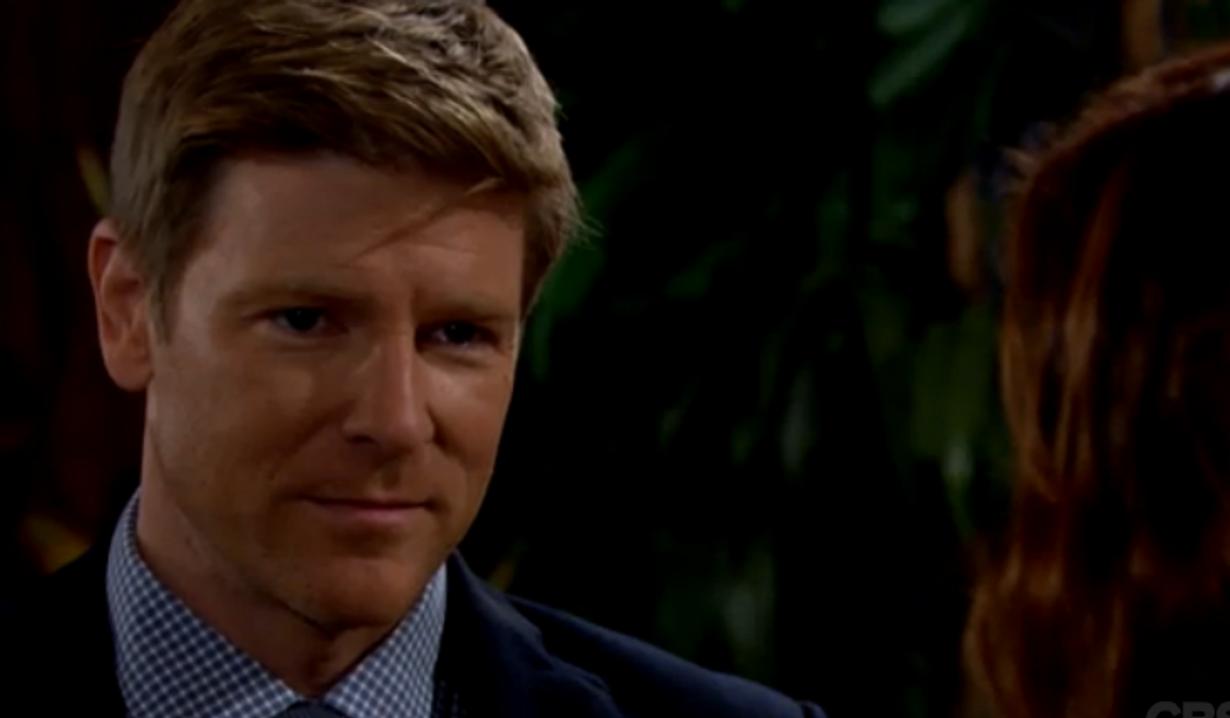 At the hospital, Adam cuddles Chelsea in his bed. He tells her he will always come back for her and Connor. Christine appears with Michael and an officer. “It’s time to go to prison.” Michael tells Chelsea he has to go and he’ll give them some time. In the hall, Michael calls Chris a bully and threatens a PR nightmare. Chris thinks people have to be accountable. Michael thinks this case is too personal for her. Chris threatens to charge him for aiding and abetting Adam’s escape. Elsewhere, Sage awakens and cries for Christian. In the corridor, Nick tells Victoria there will be no memorial service because Sage isn’t ready. Victoria offers to talk to her. Nick agrees to have her try. Victoria walks off. Summer and Noah join Nick. They discuss how to tell Faith about her baby brother. Nick feels guilty about going to the gala so they reassure him. In Sage’s room, Victoria tells her about Eve, the premature baby she lost. Sage snaps at her. “How dare you make this about you.” Victoria assures her she’s not.

At Jabot, Billy tells Jack and Phyllis he is proposing they save Victor’s ass. Phyllis says no way in hell. Billy says he’s just talking about office space while they’re rebuilding. Phyllis thinks it’s a romantic gesture toward Victoria. Jack also wants to know why he’s riding the white horse. Billy says Newman is more than Victor. They talk about Nick’s loss. Billy suggests they don’t be jerks and share their space. Jack is swayed, but Phyllis wants to be a jerk. Billy wants Jack to convince Victor it’s a good idea. Jack acknowledges it would have to come from him. Phyllis goes, but not before reminding Jack he promised payback for Marco.

At the Club, Luca approaches Victor and offers his family’s assistance with his recovery. Victor points out that his previous dealing with Luca was a failure. Marisa appears. Victor leaves. Luca tells Marisa his family wants to help Victor, but she wonders what’s in it for them. They bicker and she ticks him off by bringing up their daughter and wondering what kind of father leaves their child in a horrible situation. He begins to walk away so she makes nice, and says she shouldn’t have trusted Marco. When she irks him more by mentioning Noah, he tells her they call her daughter Ava, and then leaves. Noah arrives and Marisa tells him something is going on with Luca. Noah tells her he knows about them being together at the benefit. He says knowing her daughter’s name will help Kevin find her. She offers to go back to the hospital with Noah, but he says it’s just family. Marisa phones Luca to meet her in the suite. Once there, Marisa wants to toast to things being easy again, but he asks her to stop lying. Marisa admits she’s only there to find out where Ava is. Luca says she wanted sex with Noah more and leaves.

At the hospital, Victor tells Christine that according to the judge, Adam’s not going anywhere. He’s been granted a few days to heal his wounds. Chris orders Adam back to his room, but cuffed to the bed. Chelsea hugs Victor, who tells Christine it’s not a travesty of justice; he deserves a few days off. Adam thanks him. Victor says he’ll work with Michael on an appeal and they’ll win. After, Chelsea tells Adam his father loves him. Adam admits it’s nice to not feel rejected. Chelsea talks about their future, and about Nick and Sage’s loss. In the corridor, Michael extends his condolences to Victor about Christian. Victor asks Michael to file an appeal. He has something in mind. Jack and Billy appear. Jack extends condolences to Victor and offers to help raise Newman Enterprises from the ashes. In Sage’s room, she and Victoria talk about miracles. Sage doesn’t expect a second one. She feels guilty. Victoria talks about saying goodbye to Christian and remembering Nick loves her. Nick enters and Victoria leaves. Sage apologizes for being awful to everyone. She tells him to go have a memorial, but she won’t be there. In the chapel, Phyllis advises Summer to stay close to Nick. Nick appears. Summer hugs him, as does Phyllis, who tells him he’s a great father. Noah arrives. Nick says the memorial will happen without Sage. In the corridor, Victoria arrives at Billy’s side in time to hear Jack offer office space at Jabot to Victor, who informs him he will rebuild again. “Just watch me.” Victoria confronts Victor about being stubborn. If he can’t take her advice, he can rebuild without her. In Sage’s room, Adam appears. She tells him Nick still has his family and she has nothing.

At the memorial, Nick says, “Christian Andrew Newman. That is why we’re here today; to honor his brief time on this earth.”

Gwen tells Devon, “I love Neil, and I would do anything for him.” Devon asks, “Just how far would you go?”

Paul says to Dr. Neville (in disguise), “Genoa City Police Department. Mind if I ask you a few questions?” 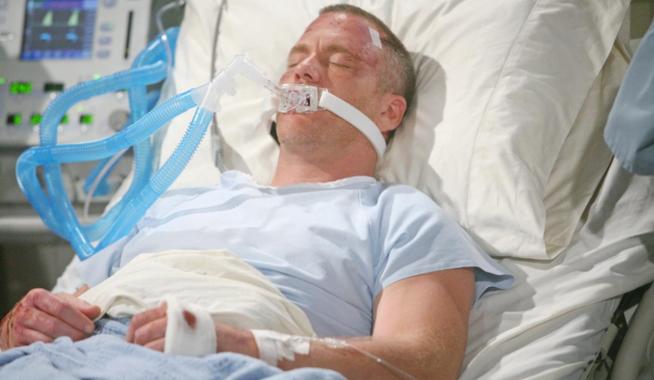 Y&R Day Ahead Recap: Stitch wakes up knowing exactly what he wants, and Sharon learns the sex of her baby 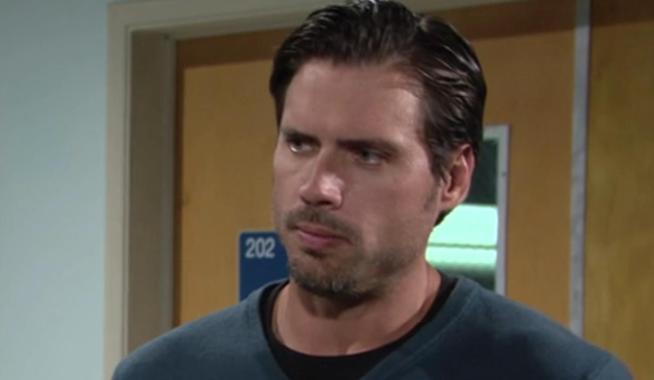