Y&R Day Ahead Recap: More lives are in peril as the situation worsens at Newman Towers

Summary for Tuesday November 3 2015: Adam flees the hospital, Patty is out of Fairview, and Kevin and Mariah make evacuation fun. 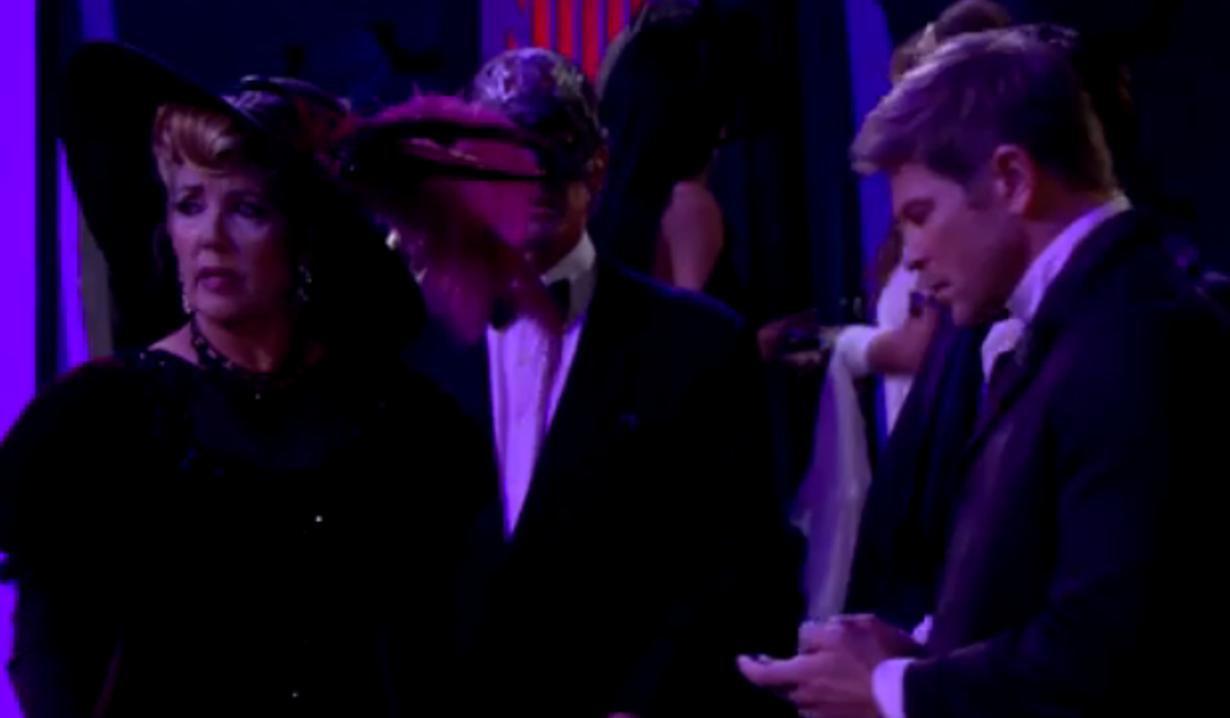 At Newman Enterprises, a person dressed in a red cloak leaves Cane in the stairwell and locks the door. In the kids’ lounge, Kevin shows Nick the devil on his laptop screen and they wonder if it’s Paragon. Sage tells Nick she smells smoke. In the ballroom, Stitch tries to convince everyone the fire is real. They all realize they can’t call out from their cell phones. Jack and Victor decide it’s Paragon. Chelsea wants to go get Connor, but Jack stops her.

At the hospital, Christine argues with Michael about handcuffing Adam to the bed. Nearby, Paul hears the yelling. He tells Michael it’s standard procedure. Meanwhile, Dylan gets a call from Patty, who says she is attending the Delia benefit. She asks him to come there because she has to tell him about Sharon. Dylan tells Paul and Chris about Patty’s call. Paul thinks it’s a hoax. He gets a call that Newman Towers is on fire. Adam hears and when Michael returns he tells him about the fire and says he has to go there. Michael thinks about Lauren. Later, Christine discovers Adam is gone and has the officer stop Michael.

At Newman Enterprises, the security guard tells Patty the elevator isn’t working. She says she’ll take the stairs. In the kids’ lounge, Kevin tells the kids they are leaving the building and it will be like a corn maze. They head down the smoky stairway. In the ballroom, Jack calms the guests worried about their children. Victor, Stitch and Jack go to the kids. Billy agrees to stay with Victoria and Phyllis. By the kids’ lounge, Jack and Stitch call out for Nick. Cane hears them hollering and knocks on the locked door. Victor returns to the party and tells everyone they can’t use the stairwells; they have to wait for help. Billy will go to check on the kids if Jack isn’t back soon. Phyllis and Ashley decide to get out of there and take the stairs. Nikki asks Victor, who says everything he’s worked for is going up in flames, not to take any risks. Nearby, Noah glares as Luca tells Marisa he’ll keep her safe. In the kids’ lounge, Ash and Phyllis join Stitch and Jack. They debate whether to go up or down. Stitch and Ash will go back up to tell the others the kids got out, and Jack and Phyllis will head downstairs. The ceilings start collapsing and there are explosions. Down on the street, the firefighters tell Paul and Dylan there’s no way up. Paul arranges for a helicopter to evacuate from the roof. Nick, Kevin, Mariah, Sage and the kids emerge. Adam, disguised as a fireman, calls Connor over. They all see Adam, who argues with Paul – he’s going to get Chelsea. In the ballroom, people get increasingly panicky hearing explosions. Victor opens the door to the roof and Dylan comes in to announce evacuation by helicopter. He tells them the kids are okay. Abby learns Ashley, Phyllis, Jack and Ben aren’t accounted for and there was an explosion where they went. In the lounge, Phyllis and Jack are trapped. In the nearby employee kitchen, Ashley freaks out over the sight of Ben’s leg. He tells her to go or they’ll both die there. Ash won’t let that happen. In the ballroom, the first people go in the helicopter, including Lily and Lauren. Billy and Victor go to look for Jack and the others. In the locked room, Cane coughs and tries to call for help. He passes out again. As Adam works his way up the smoky stairs, a red-cloaked figure knocks him out. In the ballroom, Luca kisses Marisa as she goes to the helicopter. He tells Noah he hopes they enjoyed themselves; it won’t happen again. In the kitchen, Ben tells Ash the air is getting thinner. They hold hands. In the lounge, Jack and Phyllis see flames licking up the windows. Someone comes to help them – it’s Patty. In the stairwell, Victor and Billy find Adam unconscious.

At the hospital, Lauren and Michael are reunited. Lily tells Christine that Cane must have been in the building. She hugs her twins. Michael embraces Kevin. Christine talks to Paul, who says Adam slipped away to find Chelsea. She tells him Patty isn’t at Fairview. Chelsea and Victoria arrive and are reunited with their kids. Faith runs to Nikki.

Abby calls out for Ashley and Ben.

There are more explosions at Newman Towers. 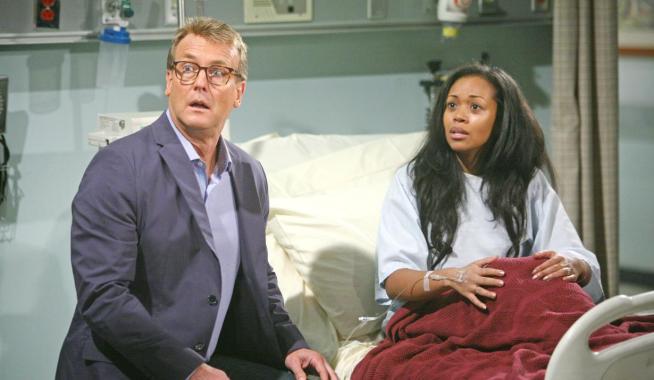 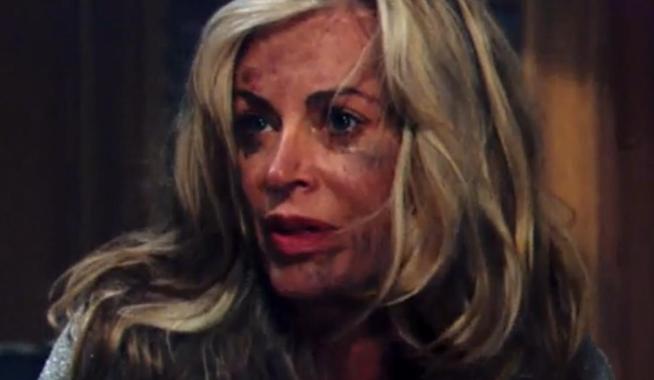