Summary for Monday October 19 2015: Victor makes Adam an offer, Marisa returns to Luca, and Chelsea gives in to her feelings. 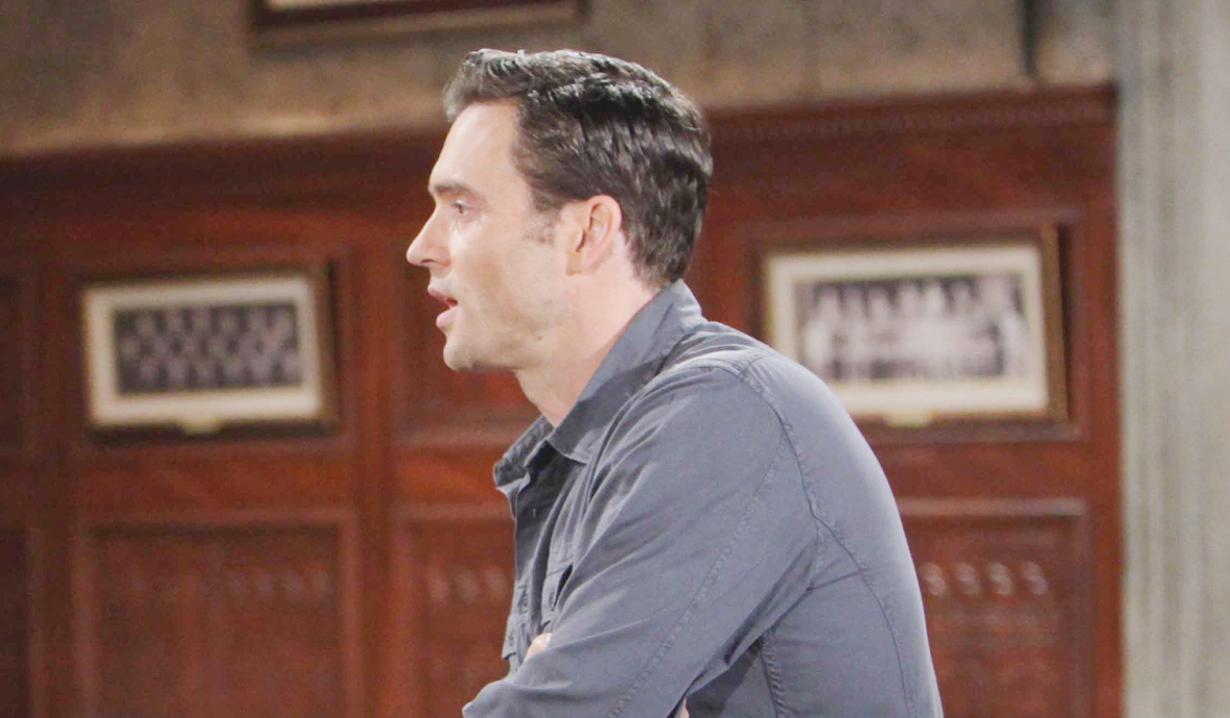 At Newman Enterprises, Victor accuses Adam of not knowing how to stop the Paragon virus. Adam concedes the virus has gone rogue and he can’t stop it. Victor says he already knew that. They have another shouting match about their relationship. Victor suggests Adam could run before the trial, otherwise he could spend years in prison. Adam is skeptical about Victor being fatherly. Victor explains about his past with his own father – he doesn’t want that for Adam and his son. He thought Adam’s devotion to his son might even lead to them one day bridging their gap. Adam says he can disappear without his help, but Victor says if he wants to go before the trial to give him the word.

At the Club, Kevin calls Chelsea about Chloe. Chelsea tells him about the scene at the penthouse with Adam. Kevin goes over to Michael and Lauren and tells them Chloe left following a confrontation with Adam. He blames Michael for getting him out on bail. Michael apologizes and leaves. Kevin tells Lauren that something was going on with Chloe. Lauren gets a call about a disaster at work – they’re out millions of dollars. Kevin worries it could be Paragon. He looks at her computer and says the deal didn’t go through because of a virus – it was Cane.

At the penthouse, Chelsea packs and flashes to better times with Adam. Michael arrives and asks if she’s ready to prep for the trial. She says, “I can’t do it.” Michael wants her to help show that Adam did what he did because he was afraid of losing his family. Chelsea says, “It’s true.” Michael runs her through a line of questioning, but Chelsea is somewhat hostile. He warns she’s the only one who can help Adam get a fair trial. As he leaves, Adam arrives and offers to help pack. Chelsea ends up admitting she still loves him, but says she wishes he never came back. She gets emotional and says he’s going to prison! He says, “Not tonight.” They kiss and end up making love.

At The Underground, Noah tells Marisa that Luca is filth to lure her back into his bed using their daughter. He bets he doesn’t even know where she is. Luca appears and says he does, but first he’s looking forward to the reunion with his wife. Noah lashes out at Luca and tells him to get out of there. Marisa makes it clear that she is going with Luca. Noah sends her to the office. Luca tells Noah to get over her. Noah warns him about hurting her. Luca paints them as a loving married couple.

At home, Cane discovers that Lily is gone. The twins appear and ask where she went.

At Crimson Lights, Lily tells Dylan that the bag of money is not what it seems – there is no way Cane had anything to do with kidnapping Hilary or the ransom. Dylan wonders why she came to him then, instead of Cane. They debate. Dylan says he has to take the bag of money to Paul. He warns Lily not to tell Cane. Lily’s phone rings – Cane and the kids want to know when she’s coming home.

At the station, Devon is frustrated with Paul, who tells him there’s nothing new. Devon floats the theory about there being two people involved. Paul is wondering if Hilary had enemies from her past when Dylan appears with the bag of ransom money belonging to Cane. Paul and Dylan head out to question him. Paul tells Devon to stay there. Kevin arrives and they swap stories about Cane. Devon can’t believe it.

Lauren arrives at Cane’s place and confronts him about the deal that cost Fenmore’s millions. Lily is there and hears him deny it – he reminds Lauren he took a pay cut and took time off. Lily wonders why he wouldn’t have told her that. Paul and Dylan arrive about the ransom in Cane’s gym bag. Cane knows nothing about that either. Cane gets lathered up proclaiming his innocence and refuses to go to the station. Paul arrests him.

At the station, shouting ensues as Paul takes Cane past Devon into his office. Lily tries to defend him to Kevin, Dylan and Devon, who tells her to stop. Meanwhile, Paul tells Cane he’s being charged with extortion.

At Newman, Victor tells Noah he will help find Marisa’s daughter on one condition – after that she must leave town. He wants her out of Noah’s life. Noah says he loves her. Victor insists she’s a manipulator. Noah walks out.

In the Club suite, Luca doesn’t expect Marisa to just fall back in love with him; they’ll go slowly. She mentions their daughter. He says everything in time. She exits. Downstairs she encounters Noah drinking at the bar. They rehash her reasons for being with Luca. Noah is hostile toward her. Upstairs, Luca gets an irate call from Victor, who wants him to just get Marisa out of town.

Cane says to Lily, “You actually think that I did this.”

Billy says to Chelsea, “You can’t go into court and defend this guy.”

At the courthouse, Christine tells Paul she thinks Adam ran. 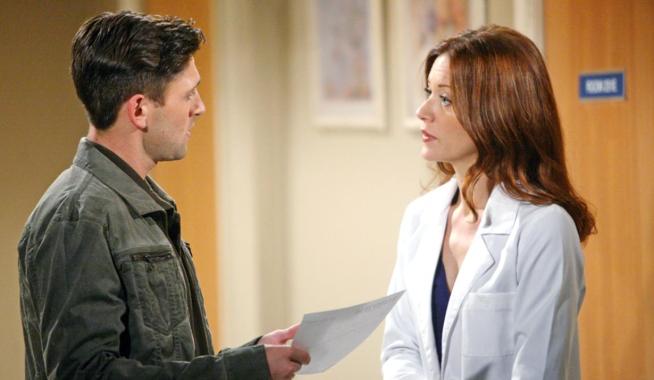 Y&R Day Ahead Recap: Dr. Anderson keeps Sharon drugged and away from her loved ones 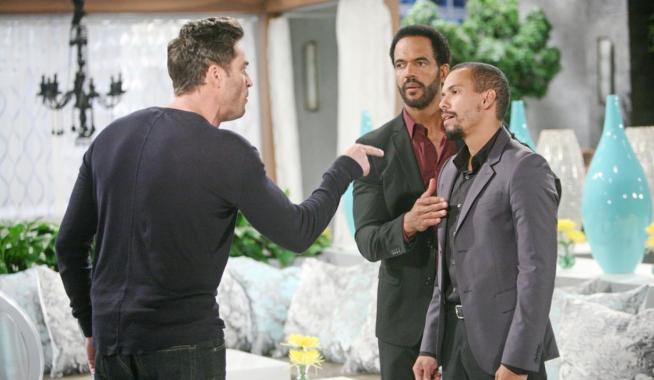